“No businesses are built to gain and lose customers, it’s usually about retention.” 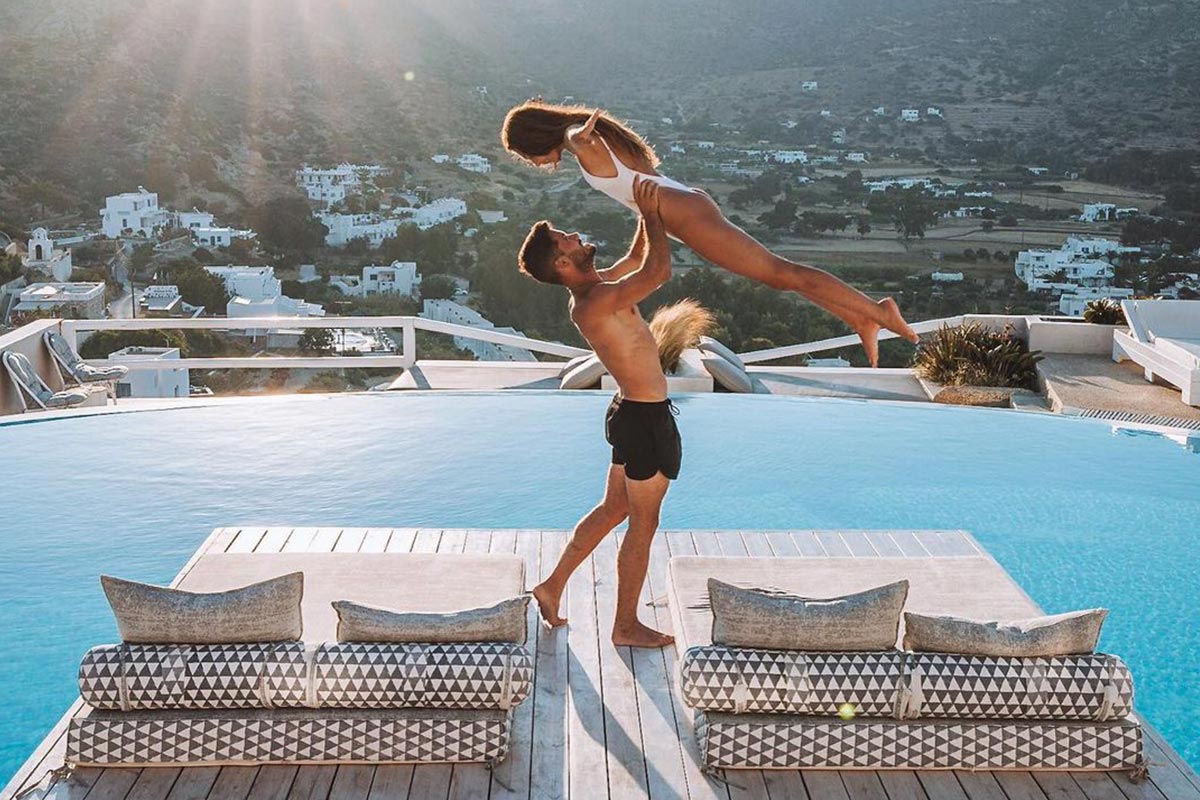 Ever since high-profile dating apps such as Tinder launched in 2012, we have rerouted our quest for love from bars, nightclubs and speed-dating events to our phone screens. Users of these apps will have no doubt put themselves through the endless process of swipe, swipe, match, talk, ghosted, swipe, match, date, not successful, swipe, swipe.

Being able to view who is single in our area without even needing to leave the bed or the couch has proven to be the ultimate in convenience, something which only intensified during the past year. In a report looking into the future of dating post-pandemic, Tinder reports that it alone experienced 3 billion swipes around the world in a single day on March 29 2020 – just a few days after the Covid virus was declared a pandemic – and went on to break that record another 130 times during the year. A sign that people were still just as desperate to find love, or something for people to do when they were bored at home? You decide.

Instead of someone you don’t find particularly attractive hitting on you when you’re out, and you needing to either let them down gently or suddenly realise you left the iron on at home, you can instead just banish them away with a simple flick of the thumb.

But, are we to blame to succumbing to patterns such as those mentioned above? We can’t all be that fussy when it comes to finding a partner, surely? Is there actually more going on behind the scenes of our quest for love than meets the eye. As Rebecca Twomey notes in her article for Cosmopolitan, dating apps are ultimately a business, and businesses need to make money. In helping us find our true companion and subsequently deleting the app, a potential source of income is lost. Do they, therefore, want us to stay single?

Naturally, the apps themselves hold on to the secret of their algorithms as closely Coca-Cola holds on to its thirst-quenching recipe. Some users – this writer included – have long held the belief that the more active you are on an app, the more it recognises that and so pushes you to the front of the queue, increasing your exposure. Failure to use it and the opposite happens, you’re pushed to back of the pile. This is actually true for Bumble, although you are given a 30-day window before you’re deemed to be “inactive.”

Tinder admits to adopting a similar practice, although it uses logic to determine whether you’re genuinely keen to find someone. One spokesperson for the company told DMARGE, “We have found that being active on Tinder and where you live are the two most relevant factors to improve match potential.”

“And that makes sense because if you haven’t been using Tinder for a few weeks or months, you might not be interested in meeting someone new right now. Location is also a strong signal, we’ve seen that our members want to meet people within the distance they’ve indicated is right for them.”

But, as for whether the apps only show you a fraction of the single people in your area remains unclear.

“It’s a really interesting question, an ethical one for sure, as to whether dating apps want you to leave. No businesses are built to gain and lose customers, it’s usually about retention.”

“There is a lot of evidence that suggests people are meeting their wives/husbands on these apps and living happily ever after.”

“What I would say from a technology point of view is that there is a strong chance, and many have been caught out by this, that dating apps are placing fake potential partners in your lists, in your DMs and even ‘matching’ with you, who are just bots.”

Dating app Bumble and hook up app Hud declined to comment on how their algorithms work when asked by DMARGE, and we’re still waiting to hear back from Hinge.

Cosmopolitan’s Rebecca Twomey cites tech expert Rhys Maddock in her article, who made similar comments as Geoff, “Most apps use ‘collaborative filtering’, which was first developed by Amazon.”

“It assumes if you buy the same product as someone else, you’ll also be interested in the other items they purchased.” In the dating app world, the theory suggests that you’ll be shown “recommendations based on the preferences of others who also liked that person.”

“It’s always interesting when a dating app launches and somehow there are millions of users registered, how did they get there?”

“The use of AI and bots will keep you engaged, keep you on the app and hopefully continue to pay for long enough that eventually a real human witll match with you and hopefully that progresses well.”

“Assuming there are some dating apps out there that are genuinely trying to match you correctly, they will use AI to analyse every photo you swipe ‘yes’ and ‘no’ to, to gather metadata on what you most commonly approve of, e.g. brown hair, blue eyes, dark skin etc.”

“These characteristics might not all be listed in someone’s bio but there are plenty of tools that can read all of this information and more from an image.”

“Eventually you could almost be presented with the perfect date every single swipe as the app is only showing you what you like.”

Even if this were all true, and we were presented with ‘the perfect person’, how come we often struggle to delete the app altogether? Do the apps cause an addiction, similar to that of gambling or nicotine? As Rebecca notes in her piece for Cosmopolitan, “I’ve felt sky-high when someone hot likes me – but then, 10 minutes later, I want more. One isn’t enough…I want so many matches and yet I only want to be in a relationship with one person. It doesn’t make sense.”

It’s certainly true that we all like to be liked, whether it be on a friends-only basis or something more romantic. Psychologist Dr John McAlaney from Bournemouth University, told Rebecca, “Feeling rewarded is a basic psychological desire. it’s not really that complicated that making people feel good is a very powerful and basic concept.”

Could this desire for recognition and validation outweigh our desire to meet someone? And do we genuinely consider if it is actually a relationship we want, or do we just like to “have a quick check, just to see what or who is out there?”

With apps now offering features that allow you to find singles anywhere in the world for a small fee (although Tinder has made its ‘Passport’ feature free for the month of April) our curiosity as to where our future partner could be could know no bounds. Despite this, Tinder’s report also surmised singletons ultimately want to meet someone who lives close by (perhaps again pertaining to the idea of convenience culture).

Ultimately, answering the question “does your dating app want you to stay single?” is nigh-on impossible. But it could be we should be focusing on ourselves to find the answer, as opposed to placing blame on the apps.