Professor X needs to go back to school…

James McAvoy might be most famous for playing a psychic in the X-Men series but if he could read our minds right now he’d probably be embarrassed.

The 41-year-old Scottish actor was tapped to present the Rising Star Award at the 74th British Academy Film Awards (better known as the BAFTAs) over the weekend and was spotted on the red carpet ahead of the event wearing a slim black suit, patent leather Chelsea boots and a pair of sunglasses from David Beckham’s new eyewear brand – so far, so normal.

But McAvoy undid all his good work by committing a simple but unforgivable men’s style rule: wearing a tie with your top button undone. It’s simple, fellas – either do your top button up or ditch the tie. Otherwise, you just look unprofessional. 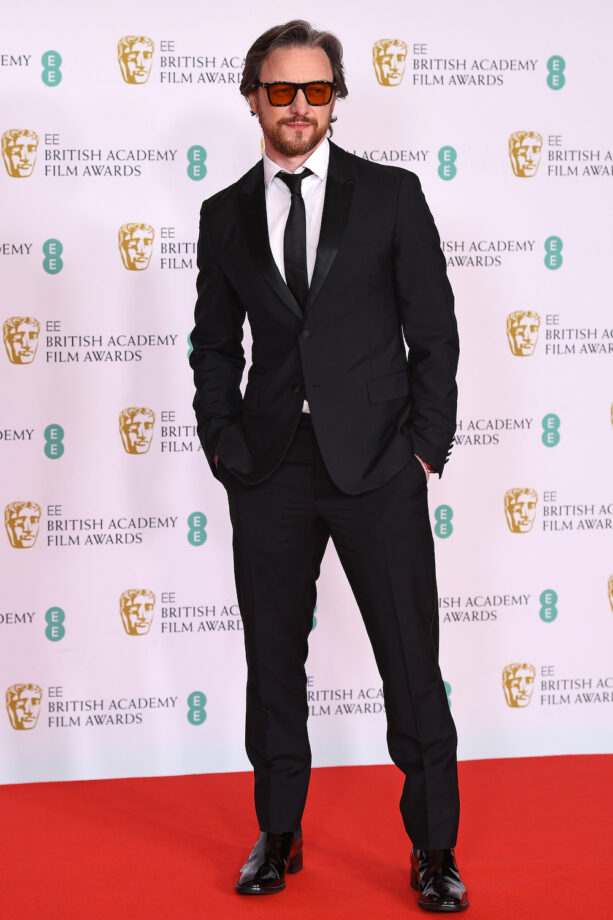 Not everyone took umbrage at his sartorial sin, however. His fans have been rapturous in their praise online, with one of his Instagram followers even commenting that he’s “looking kinda like Tony Stark” (another Marvel character played by Robert Downey Jr, of course).

McAvoy’s blooper was brought into sharp contrast because there were just so many well-dressed men at the event. Chiwetel Ejiofor, Tom Hiddleston and Richard E. Grant kept things classic in black tie; Daniel Kaluuya looked amazing in an all-white look, and Nick Jonas wore a double-breasted jacket so dapper it was worthy of an award in of itself.

It’s fitting that McAvoy presented the Rising Star Award this year as he was the award’s inaugural recipient back in 2006. This year, another Brit won the award: 19-year-old actress Bukky Bakray, best known for her starring role in the 2019 coming-of-age film Rocks. Other previous winners of the award include Tom Hardy, Eva Green, John Boyega and Shia LaBeouf.

McAvoy is next set to appear in the upcoming mystery drama film My Son alongside The Crown actress Claire Foy. But the real question is this: will he do his top button up?