The only thing more inconsistent than Justin Bieber’s ever-evolving wardrobe is a cold bowl of poutine.

The Canadian superstar used to be known for his skinny jeans and pudding bowl haircuts. These days, he’s all about baggy workwear, huge hoodies, and rubber clogs like Yeezy Foam RNNRs or Crocs – ‘the footwear contraceptive for men‘. In recent months, he’s started showing off more suits.

But he’s still got a long way to go.

First, Justin and his wife Hailey were spotted in Los Angeles heading to the wedding of Bernard “Harv” Harvey and Felisha King, two members of his backing band. Then, just hours ago, ‘The Biebs’ shared a mirror selfie flexing a pyjama-esque outfit (replete with even more rubber clogs. The man’s addicted.)

What’s the issue with these two ensembles? Simple: unhemmed pants. It’s the most common men’s fashion sin and one that should be avoided at all costs. We wonder where his stylist is… 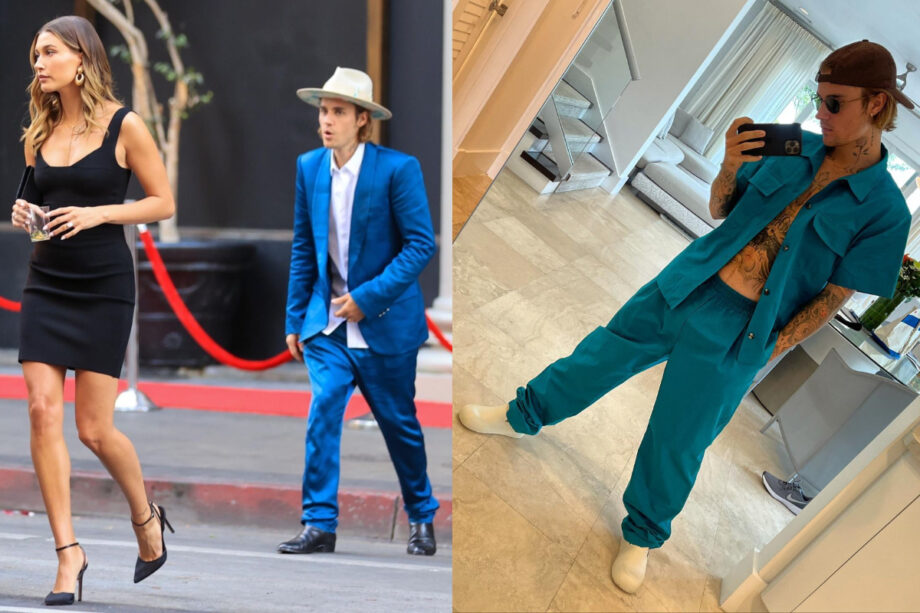 L-R: Hailey and Justin on their way to a wedding earlier this week; Justin feeling himself earlier today.

The problem with unhemmed pants is that they make you look shorter than you actually are, as well as giving off a general air of sloth. There’s no point going to the effort of picking out a nice suit if you’re not going to get it properly tailored. It’s the kind of thing you’d expect from a 17-year-old’s first formal outfit, not from a 27-year-old millionaire.

RELATED: Your Trouser Length Can Make Or Break Your Suit

Fans on Instagram had plenty to say. Some choice comments include “looks like a shady preacher,” “what a horribly ill-fitting suit,” “Justin looks like [Hailey’s] pimp” and “he looks like a powerful lesbian.” Ooft.

Ah well. If there’s one thing we know about Bieber, it’s that it’s only a matter of time before we’re singing his sartorial praises once again very time soon. Gotta take the rough with the smooth.

Bieber’s sixth studio album, Justice, is now a month old, with the poppy record still making its presence felt on the charts. The album debuted atop the Billboard 200 charts, went certified gold on its first day, sold 154,000 equivalent album units in the United States in its first week and became Bieber’s eighth number one album. Bieber is now officially the youngest solo act with eight number one albums in the United States. Not bad.