Australia’s answer to Polignano a Mare? 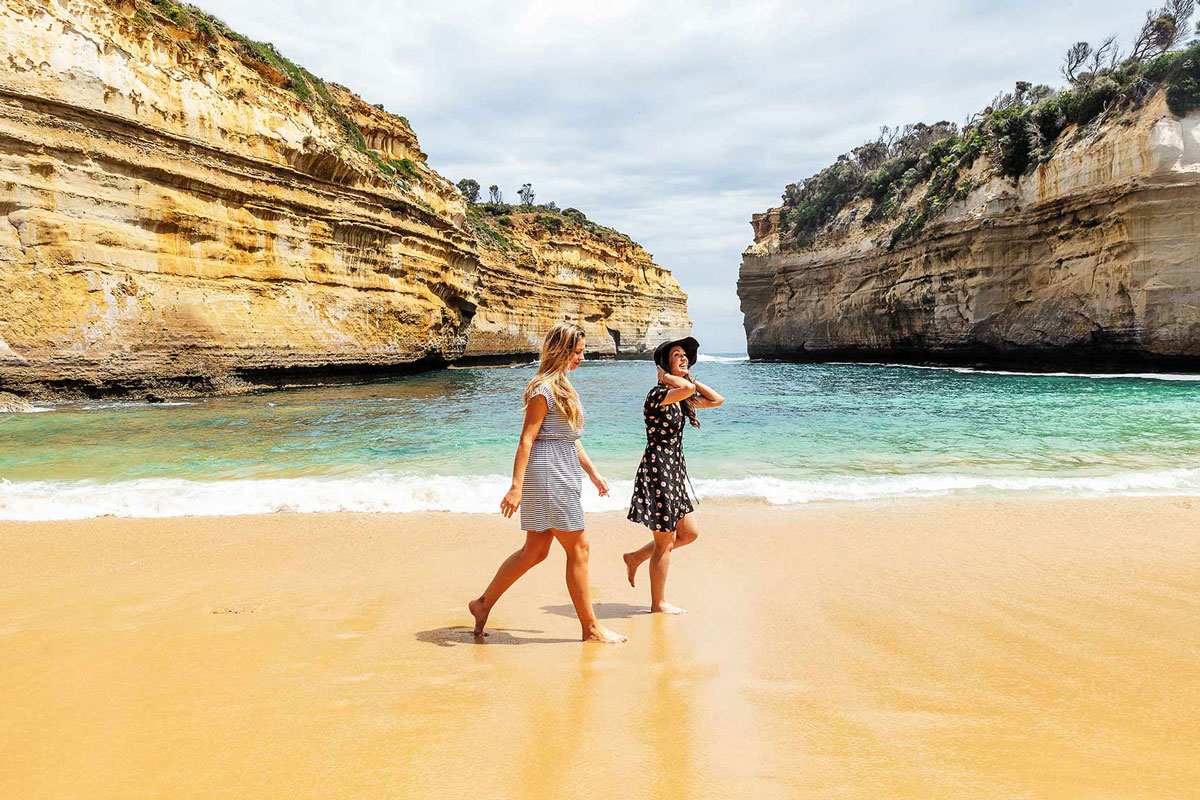 Everyone knows The Great Ocean Road… but “Loch Ard Gorge?” It’s not a place many instantly recognise.

Speaking of drawing blanks… Australians have had a blindfold slapped over our eyes these last twelve months. But while we’ve become numb to the Mykonos and Bali FOMO accosting our social media feeds… we’ve become more sensitive to our surroundings (and started exploring them, if not by brail, by van).

As a consequence, NSW coves that wouldn’t look out of place in Greece, stunning South Australian ‘Maldives Alternatives‘ and wild Melbourne sunrise spots have seen the limelight.

Along this theme of exploration… today we thought we’d bring you an Australian alternative to Italy’s Polignano a Mare (and its lama monachile cala porto beach, which you can see below in a photo by @vincenzomelino), which melted our minds this week.

Before we do: a little background.

Polignano a Mare is a town on Italy’s southern Adriatic coast which The Thinking Traveller reports, is “perched atop a 20 metre-high limestone cliff above the crystal clear waters of the Adriatic.”

“The origins of this enchanting place date back to the 4th century BC when Greek settlers founded the city of Neapolis. It flourished under the Romans and was important enough for Emperor Trajan to direct his Via Traiana, built between 108-110 AD, through the town. Remains of this road include a bridge at Lama Monachile, just north of the historic centre.”

According to The Lonely Planet, “The town is thought to be one of the most important ancient settlements in Puglia and was later inhabited by successive invaders ranging from the Huns to the Normans.”

“On Sunday the logge (balconies) are crowded with day trippers from Bari who come here to view the crashing waves, visit the caves and crowd out the cornetterias (shops specialising in Italian croissants) in the atmospheric centro storico.” 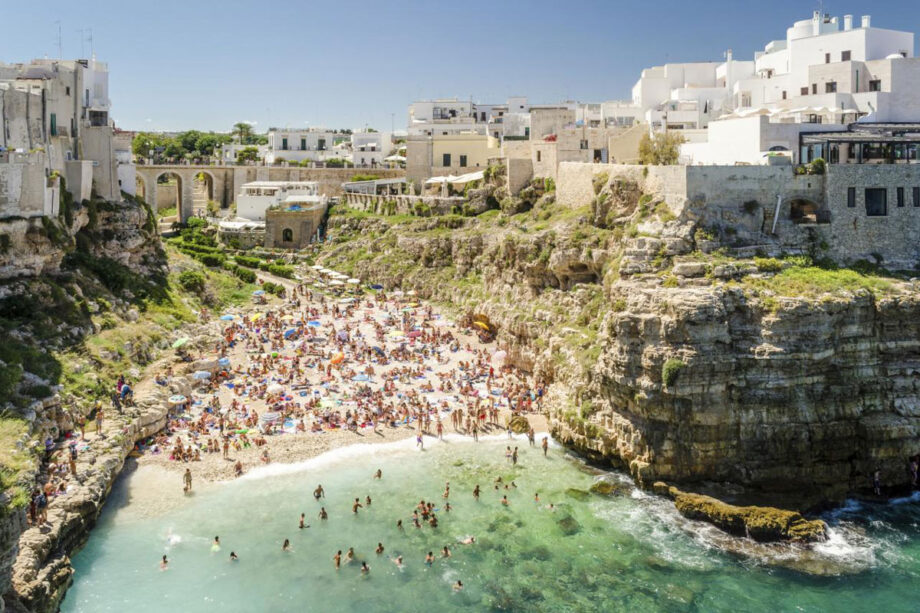 What few people realise is that, spin the globe upside down, and there is a remarkably similar – and much more remote – alternative on Victoria’s Great Ocean Road.

Loch Ard Gorge. Or as we’re calling it: Australia’s Adriatic…

Loch Ard Gorge is about 3 hours from Melbourne, located just outside the small coastal town of Port Campbell.

One half of @microadventurist travel couple Lauren Doolan, who works as a content creator for Great Ocean Road tourism told DMARGE, “Loch Ard Gorge is an amazing time to visit such a special spot of the Great Ocean Road… usually it’s wall to wall with tourists but at the moment you can nearly have it to yourself, even at sunset.”

A post shared by Micro adventures in Australia (@micro_adventurist)

“Located only a few minute drive from the Twelve Apostles, Loch Ard Gorge is a must-see when on the Great Ocean Road. This picturesque natural cove puts on a show from any angle – the view from the carpark lookout shows the smooth, inlet of clear, blue water and surrounding yellow-washed cliff faces and tufts of vibrant greenery.”

“As you venture down the wooden steps you will see a huge cave cavern with hanging  stalactites to the right and to the left the golden sand of the Gorge. Feeling the water hit your feet is always invigorating. It’s never warm!”

“You can take the short walks from the carpark along the cliffs that flank Loch Ard Gorge to see it from more unusual angles and take in the depth of the cove.”

There are some differences between Victoria’s Loch Ard Gorge and Italy’s Polignano a Mare though, with the area being more remote, the beach comprising of sand not pebbles and there being the potential for much more serious wave action.

“Loch Ard gorge is totally different each time you visit,” Lauren told DMARGE. “In calm weather is a perfectly protected cove… one you could liken to an Italian beach. In wilder weather it can become a washing machine, giant waves entering in the month and then swirling away. Both beautiful but vastly different.”

It also, as Lauren mentioned, gets crowded in summer.

What it does have in common, according to Carly from road tripping blog @our.curated.chaos, is a sense of majesty, “Stepping into Loch Ard Gorge feels a little like entering a scene from a movie. Steep cliffs frame an inlet of crystal clear blue water and you can’t help but feel tiny as you stare up and out at this dramatic landscape.”

Athlete and fishing enthusiast Darcy Roper, who got engaged at Loch Ard Gorge, told DMARGE, “it sure is colder than Italy, but it’s well worth the drive from Melbourne. I’ve been there twice now, after the first visit I knew it was the perfect scene for a proposal so the second time I went there I popped a ring on her finger.”

“Its size and power is amazing and you can’t help but watch in awe at the waves rolling in and crashing up on the beach.”

“It was very easy to get to, in fact, I was less than two weeks post hamstring surgery and only off crutches for a couple of days and still managed the stairs down the cliff face and on to the beach.”