Luxury Cars Missing The Mark When It Comes To Technology

These sports cars can’t keep up. 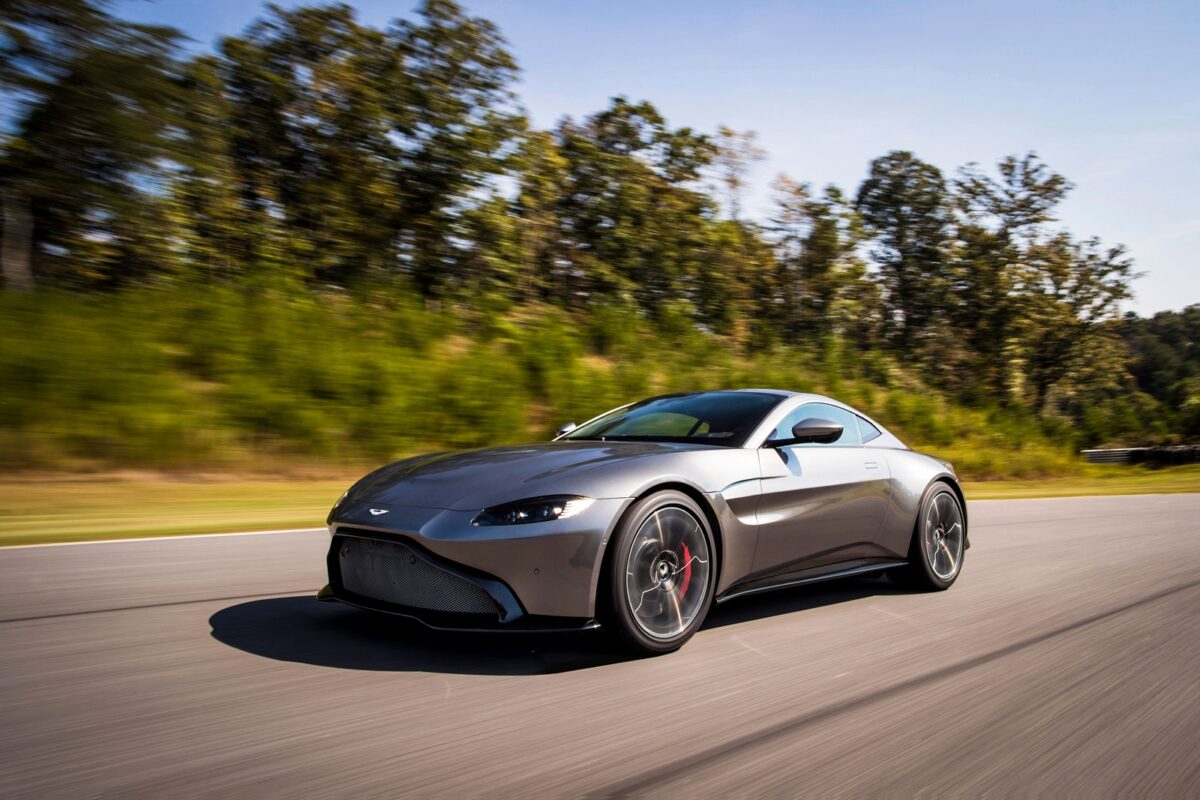 An Aston Martin Vantage. Some of AM's infotainment systems leave a lot to be desired... Image: Aston Martin

When you’re spending six figures plus on a high-end automobile, you’d be well within your rights to have high expectations.

Normally, they shape up – there are very few truly bad cars on the market today, especially at the pointer end of the market. Luxury cars have never been more luxurious, from the quality of the materials that they’re made from to the utility and performance they can deliver. The void between a Mitsubishi Mirage and a Mercedes-Benz S-Class is vast.

But one area many high-end brands drop the ball in is infotainment. Comfort and performance aside, the one thing most people want out of a car these days – the bottom line – is for their phone to Bluetooth connect to it quickly and easily, and not to have to need a degree in computer science to play their music or turn the air conditioning down.

Yet many high-end marques, despite the care and attention to detail lavished on other areas of their cars, are guilty of offering sub-standard or outdated infotainment systems that are easily – and very frequently – shown up by even economy brands. It’s a real frustration to drivers when they’ve invested so much in a car that’s otherwise entirely impressive… It’s a ‘missed it by that much’ feeling.

For example, Ferrari’s popular 488 range, plus the F8 Tributo and 812 Superfast, all lack a centre touchscreen (or even screen), instead opting for a small colour display within the gauge cluster, operated by buttons on the dashboard. It’s a rather clunky system for cars that start at half a million Aussie dollars, particularly when even MG’s system is so much better.

Maybe you can chalk that up to Italian idiosyncrasy, but even Lexus – typically one of the most meticulous car brands – leaves a lot to be desired. While Lexus’ infotainment options offer Apple CarPlay and Android Auto (which is a damn sight more than many other luxury brands’ systems and really the bare minimum for an infotainment system in 2021) the trackpad-like Lexus Remote Touch Interface remains one of the most frustrating on the market. 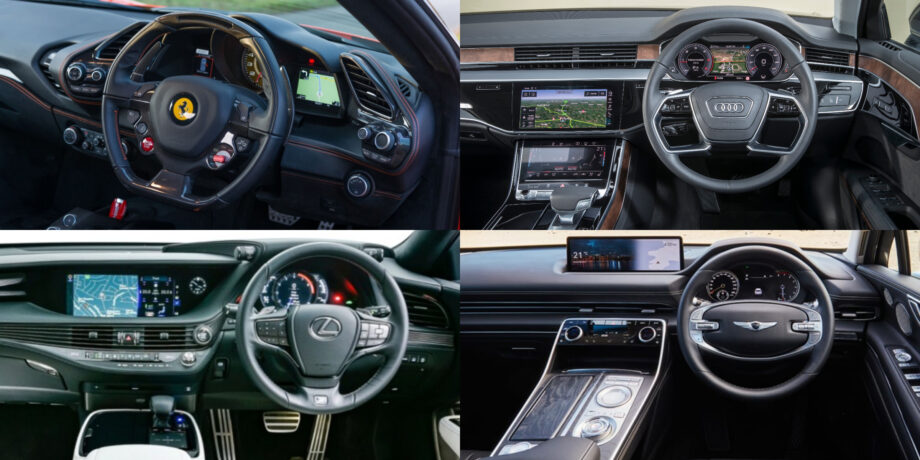 Not all auto maker’s systems are created equal, however. Audi’s infotainment options stand out as particularly intuitive: despite going heavy on the screen space, they don’t commit the Tesla sin of doing away with buttons entirely. Many other marques under the Volkswagen umbrella also take advantage of Audi’s infotainment architecture, such as Lamborghini and Porsche.

Upstart luxury player Genesis also embarrasses much more established brand’s systems with their incredibly easy-to-use Integrated Controller, which can even recognise your handwriting so you don’t need to type things out laboriously. It’s neither too complicated (a common infotainment sin that brands like BMW used to be particularly guilty of) nor too basic: it’s effortless, which is what you really want from a high-end car.

Of course, there’s the argument to be made that you’re not buying these sorts of vehicles for the in-car tech anyway; an argument that’s particularly strong when you consider performance-focused marques.

As this Quora commenter passionately puts it, “why on earth would you play any music when you have a V8, or even better a V12, symphony at your right foot’s disposal? Covering the engine melody with any other sound would be like going to the finest restaurant and then put a ton of supermarket ketchup on top of each serve.”

“If it wasn’t clear yet, mate, you’re in a bloody Ferrari. If you wanted [a] fancy graphics computer screen to look at with 3D Google Maps, a ton of multimedia options and a million functions, you would buy an Audi.”