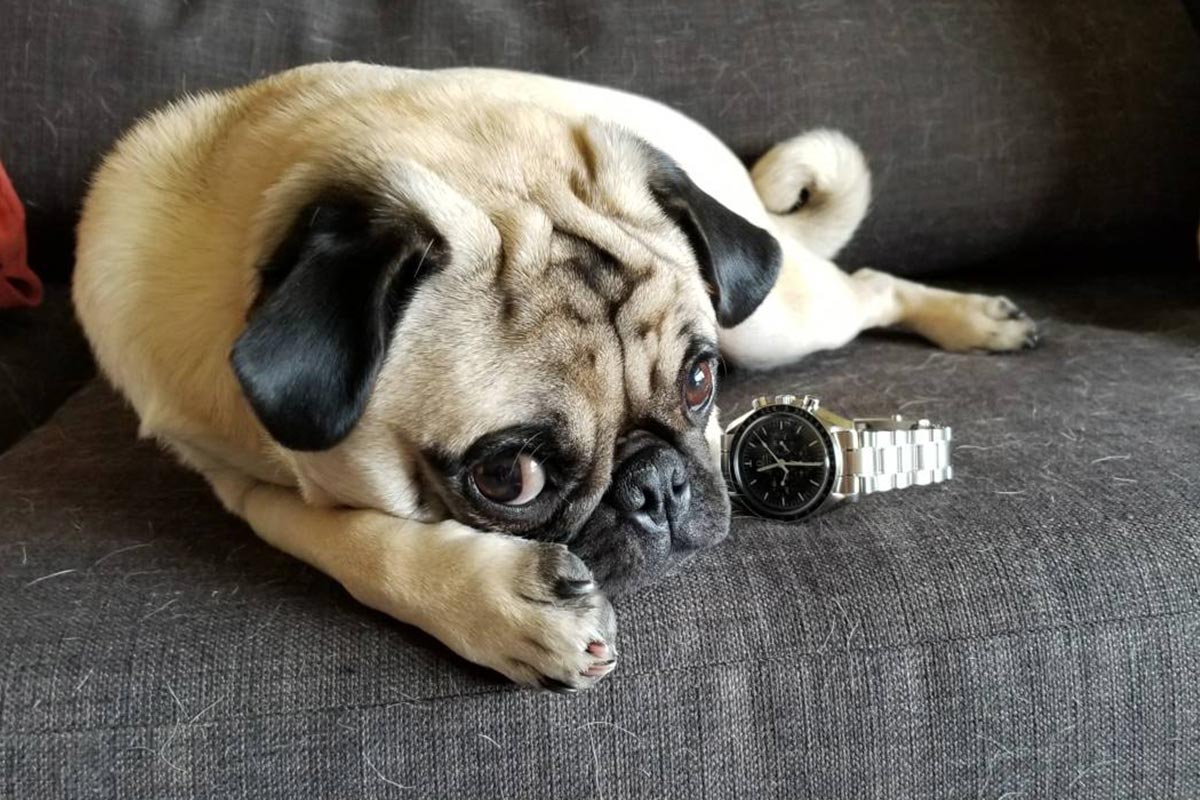 With The Spicy Cough taking an axe to normal human interaction and recreation over the last twelve months, Australians have turned to a wide array of alternative hobbies or distractions in order to stay sane.

Some of us bought cars to work on and tool around in. Others indulged in retail therapy, got real experimental with their hair or became devoted ‘plant parents’. But perhaps the most popular lockdown trend was people getting pets – specifically, dogs.

Not only have dog adoptions dramatically increased since the start of the coronavirus pandemic, but now prices for puppies from breeders are skyrocketing – particularly those for ‘designer’ dog breeds. People are spending four or five figures on dogs right now, as there’s a lack of supply and unprecedented demand. That’s a lot of money, especially at a time when most of us are feeling a financial squeeze.

Which got us thinking. If you’re looking to splash out on a bit of self-care in 2021, what’s a better use of your money: investing in a luxury watch, or in one of man’s best friends? We’d argue that it’s the former rather than the latter.

But before you start sharpening your pitchforks, let us explain our reasoning.

Essentially, a dog is a (financially) depreciating asset, whereas a watch is more likely to be an appreciating asset. Hell, dogs aren’t even really assets. Unless you’re looking for a show dog, which most people aren’t, and in any case, most dog shows don’t have cash prizes anyway. Buying a dog isn’t a money-making exercise.

A quality luxury watch from an esteemed brand like Audemars Piguet, Patek Philippe or Rolex, if maintained well, can prove to be a tidy little investment in years to come. Indeed, if you can get your hands on a popular model (easier said than done), it’s almost a license to print money.

RELATED: Canada, China or Colombia? Where To Score Rolex’s Hard To Find Models

But why are we comparing dogs and watches – surely it’s like comparing apples and oranges? Well, when you consider prices right now, it’s not such a strange comparison. We did a quick scroll through Gumtree for puppies and the prices for some breeds surprised even us. 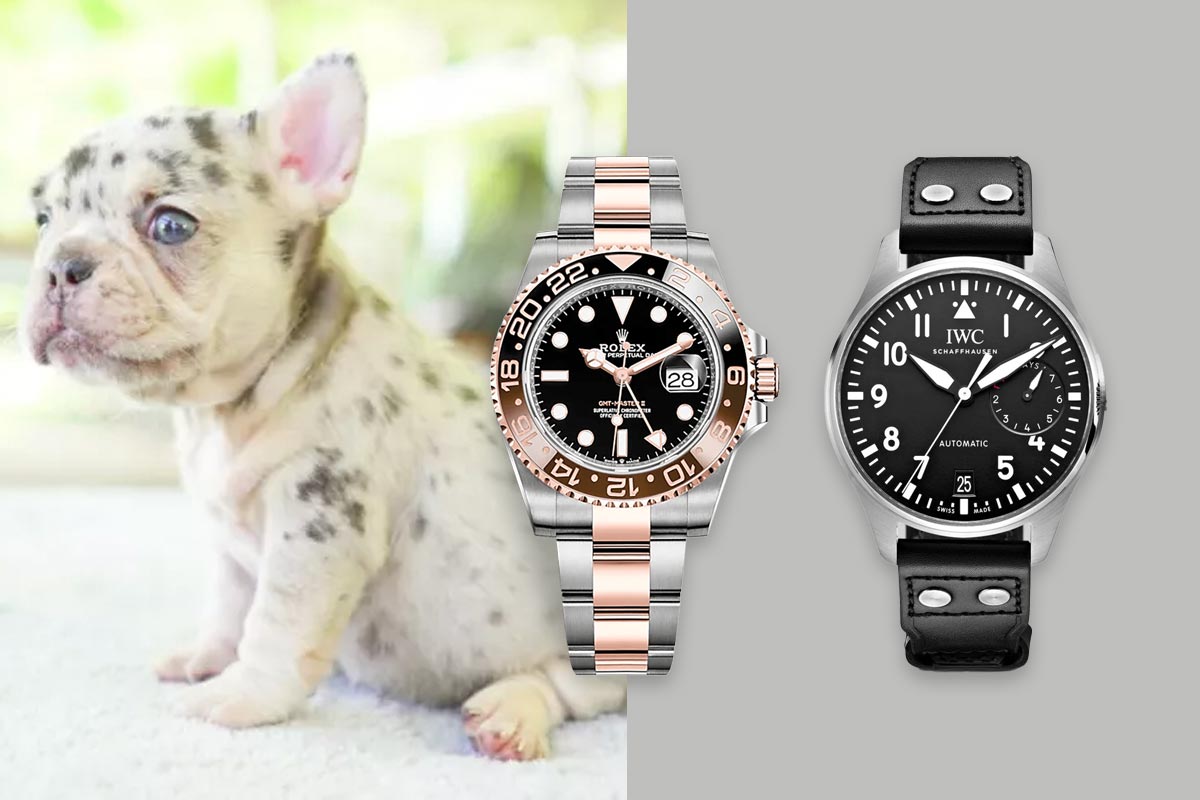 For the price of a golden retriever, you could pick up a Tudor Black Bay. A cavoodle costs the same as an IWC Schaffhausen Pilot’s Watch, and French bulldog puppies are now so expensive that they’re rivalling two-tone Rolex GMT-Master IIs in price.

But much like a car, buying a dog is only part of the equation. Vet bills, food, microchipping, grooming… It all adds up. Some popular designer breeds, too, come with additional costs thanks to common genetic or breed defects: popular brachycephalic breeds such as pugs or French bulldogs, for example, often require respiratory surgeries or expensive medication.

There’s also the time and energy cost of dog ownership. When you’re working from home and all the pubs are closed, you’ve got plenty of time to walk and train a dog. Now that life’s getting back to normal, is dog ownership right for you? You don’t need to pick up a Snoopy Speedmaster’s poo…

In short, dogs are a money pit, whereas watches can actually make you money whilst making you happy. But the real question is this: what will make you happier in the long run, a nice watch or a nice dog? 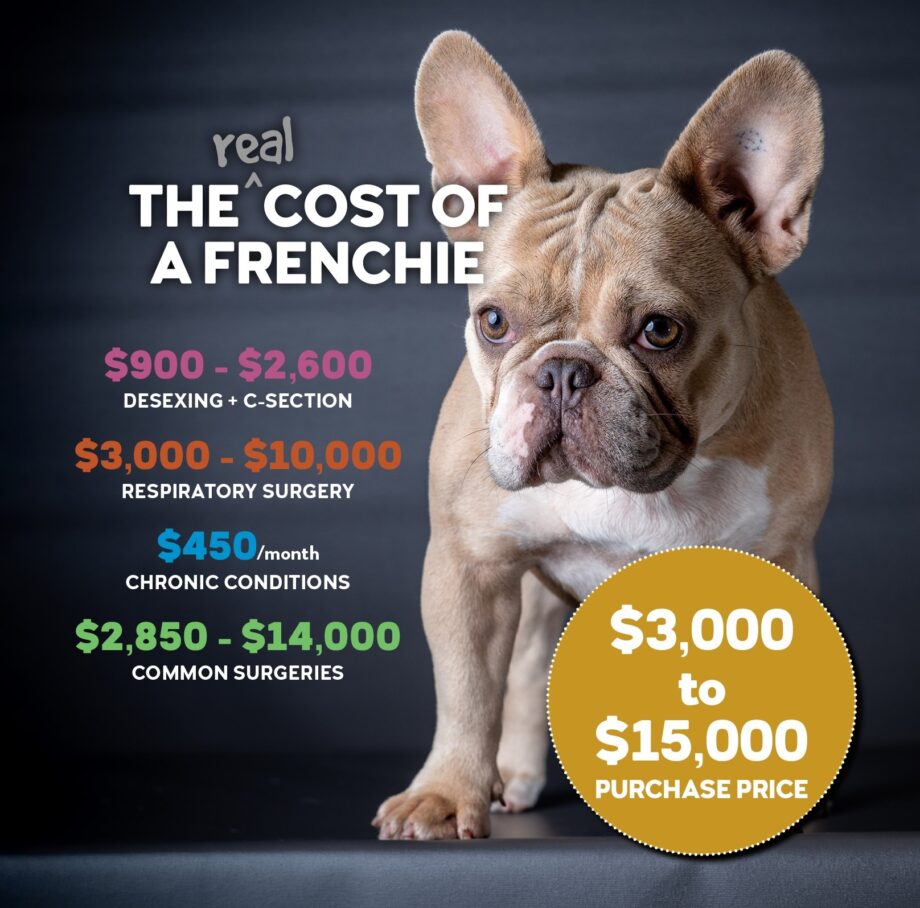 One could argue that the fleeting rush of getting a lavish new possession like a watch is likely to fade quicker than the joy a dog will bring you over years. More to the point, it’s an intrinsically different type of joy… Consumerism versus companionship, if you will.

But a nice watch can bring you joy for years, too. Look after a watch, and it can certainly outlast a dog, as morbid as that thought might be. On the flip side, you can easily return or sell a watch if you grow tired of it, but it’s not quite so simple (or ethical) with a dog. Pets aren’t just for Christmas, as they say.

It’s almost a bit gauche to talk about a dog as some sort of investment, actually. Hell, you shouldn’t consider buying a nice watch as purely an investment opportunity, either. You should get a watch or a dog because you like watches or dogs. Joy isn’t objective, nor is it relative. The debate is really just a valuable intellectual exercise about spending money responsibly as well as the realities of pet ownership.

Personally, the amount of joy my dog has brought me over the decade I’ve had her far outweighs any pleasure I’ve got from purchasing a nice watch. But that’s neither here nor there.

What is undebatable is how expensive buying a dog is right now. Maybe what we’re really trying to say is that if you have a lazy $10,000 lying around that you absolutely must spend, maybe spend it on an IWC instead of a puppy, and hold off until dog prices deflate?

Or buy the watch and adopt a dog. Have your cake and eat it too. Win / win.