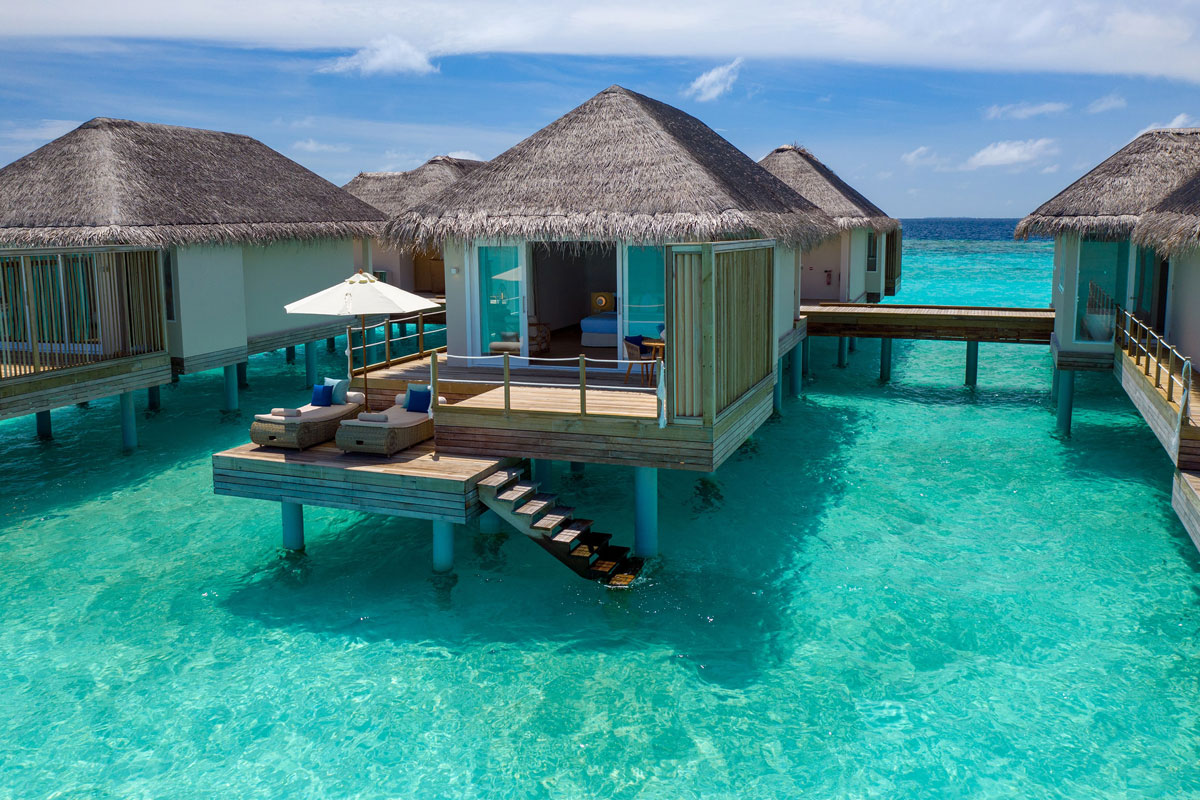 Think The Maldives’ overwater bungalows and lukewarm waters are all the archipelago has to offer? Think again. The pristine paradise has now announced plans to offer foreign tourists the chance to get their COVID vaccine while on holiday.

The Maldives, a republic for which tourism accounts for some 28% of its GDP, was one of the first countries to welcome laze-a-bouts back after the pandemic first hit.

It now wants to be a front runner when it comes to offering vaccines to holidaymakers. As CNN Travel reports, “Officials for the Indian Ocean destination have announced plans to offer vaccinations to tourists on arrival in a bid to lure more visitors over.”

This comes as part of a three-pronged 3V tourism program: “Visit, Vaccinate and Vacation.”

Web In Travel reports that Dr. Abdulla Mausoom, The Maldives’ minister for tourism, speaking at March’s WiT Travel Roadshow, said that the opening of the islands to tourism amid the pandemic has proven the resilience of its tourism sector and its ability to bounce back.

The 3V scheme will “offer travellers two doses of Covid-19 vaccines several weeks apart, boost long stays and promote the country as a safe destination during the pandemic. As part of this, it is mulling extending one-year visas to digital nomads who want to work in the Maldives,” Web In Travel reports.

“Arrivals since opening have been encouraging. As of March 24 this year, the Maldives has received 269,504 tourists, down by almost 30% over the same period last year,” (Web In Travel).

However, foreign tourists keen to book a vaccination trip to The Maldives will need to wait until the country’s entire population (which is nudging at 550,000), all get the jabs.

“The main idea of tourism being open is to provide a reasonably safe tourism with minimum inconvenience,” Mausoom recently told CNBC International.

“Once the country gets vaccinated, then we will move on to ‘3V’ tourism.”

He also said about 53% of the population has received their first dose of the vaccine.

In February, Thoyyib Mohame, managing director of the Maldives Marketing & PR Corporation, told CNN Travel that the country has received 555,494 visitors in 2020, surpassing its adjusted arrival forecast of 500,000.

RELATED: ‘Beyond The Veil’: Life At The Maldives’ Most Luxurious Boho Resort

The Maldives has reportedly received vaccine donations from India and China, as well as the World Health Organization’s Covax scheme. It is also awaiting another order from Singapore.

Mausoom told CNBC The Maldives’ small population and “the quota we get from the various organizations and friendly nations” will help the country achieve its goals.

“However, he did not specify if travellers would be charged for receiving the vaccine,” (CNN Travel).

“At present, there are at least 500 resorts and guest houses in The Maldives that are open to international visitors, but its capital city of Malé remains off-limits,” CNN Travel reports.

“The Maldives closed its borders in late March [2020], but officials opted to fully reopen to all international travelers with no restrictions in July [2020].”

“While visitors have been required to produce a negative Covid-19 test upon arrival since September, the destination has continued to welcome travellers over the past few months with cases remaining relatively low,” (CNN Travel).