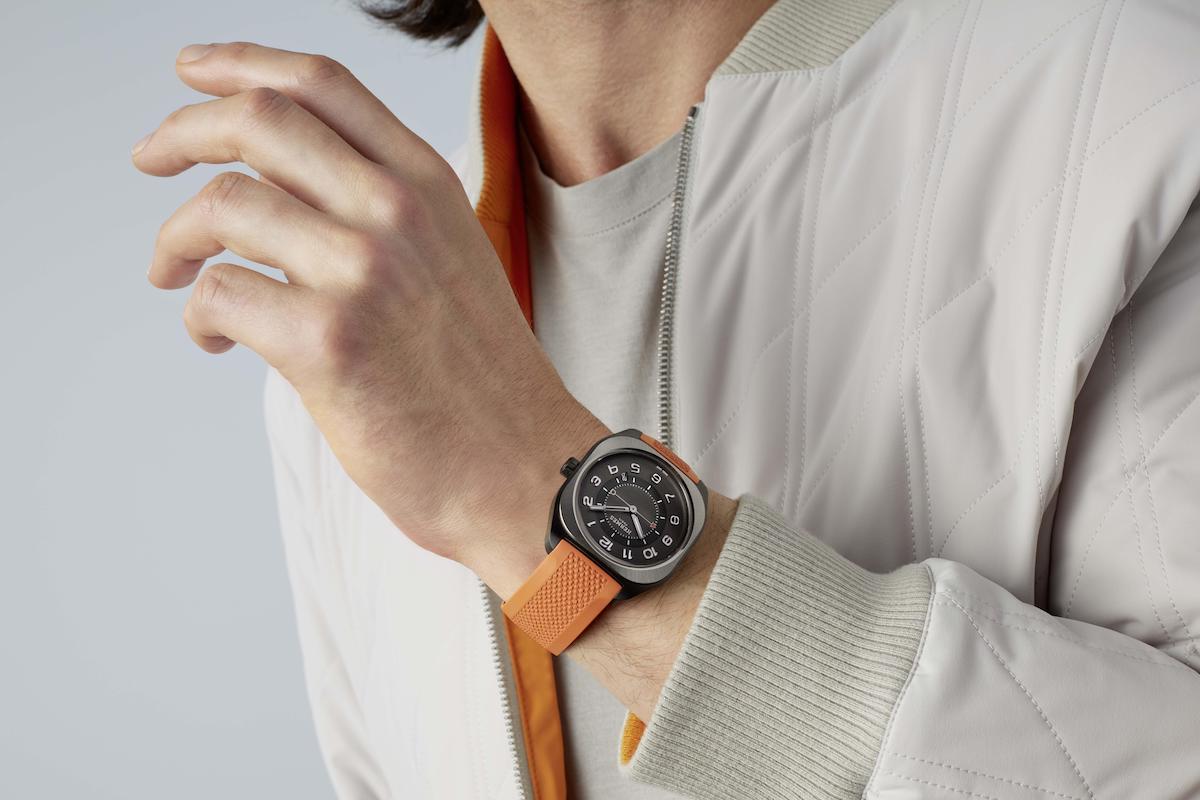 One of the stand-out highlights of Watches & Wonders 2021: the Hermès H08, seen here in titanium DLC on an orange rubber strap.

We’re barely a quarter into 2021 but it’s already been an exciting year for watches, in no small part thanks to a particularly jam-packed Watches & Wonders.

The watch industry’s most important trade show – which has just wrapped up its Geneva edition and is now continuing the fun over in Shanghai – has seen literally hundreds of watches from dozens of brands unveiled, from the titans of Swiss luxury watchmaking to intriguing independent brands and everything in between.

But some of the most interesting releases, much to the surprise and delight of the watch fraternity, haven’t necessarily been from those Swiss stalwarts. Actually, it’s been the luxury fashion houses that have come up with some of the most intriguing watches of the year so far.

Buying a watch from a fashion brand instead of a specifically watch-focused brand used to be considered a questionable move; ‘not the done thing’ by many watch aficionados. Recent decades, however, have seen these big luxury players invest a huge amount of time, money and consideration into serious Swiss horology – and now they can more than hold their own against the watch industry’s finest, with 2021 shaping up to be a real tipping point.

We take a look at some of the most eye-catching new models from these somewhat untraditional players and explore why 2021 might just be a landmark year in this regard. 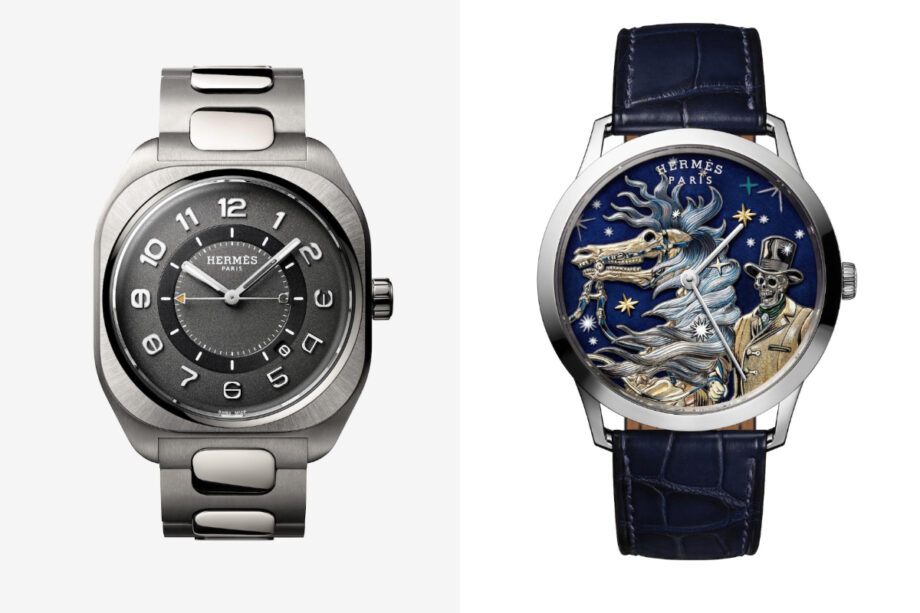 L-R: the Hermès H08 in titanium with matching bracelet and the Slim d’Hermès ‘C’est la fête’.

One of the biggest releases of W&W was a completely new line from Hermès: the H08. Brimming with 70s retro vibes, the H08 is a huge departure from the French brand’s typically restrained, artistic watch offerings and a real contender in the luxury sports watch space.

Ultra-legible and practical, with a 39mm cushion-shaped titanium case and the option of either a titanium bracelet or rubber strap, this is one sporty watch (particularly if you opt for the rubber in that signature Hermès orange). There’s even a reference constructed out of a super-lightweight graphene composite – Hermès clearly looking to flex their technical chops. All are powered by Hermès’ Manufacture Caliber H1837 (another flex), feature a 50-hour power reserve and are water-resistant to 100m.

But it’s not just sports watches that Hermès unveiled at W&W this year. True to form, they also showed off a number of highly artistic pieces, such as the macabre yet oddly playful Slim d’Hermès ‘C’est la fête’. The dial design, inspired by a Hermès scarf from 2012, oozes real Día de los Muertos or voodoo vibes. It also emphasises that Hermès aren’t afraid to take risks, a point underscored by the radical new H08, too.

RELATED: Hermès’ $7,000 ‘Mushroom Bag’ Points To The Future Of Veganism In Luxury

Hermès’ great rival, Louis Vuitton, also came out with some seriously impressive watches at W&W, the most exciting of which were all variants of their popular Tambour range, the very first watch LV ever came out with.

The Tambour Street Diver transforms the previously fashion-focused Tambour into a genuine dive watch, bumping up its water resistance to 100m; adding classic dive watch circular indices, an inner dive-timing bezel and huge dollops of Super-LumiNova; plus a sporty rubber strap and an array of vibrant colourways perfect for a dip in the Mediterranean. Saint-Tropez, anyone?

The Tambour has also been a palette for technical wizardry this year, too. Take the Curve GMT Flying Tourbillon, the Moon Flying Tourbillon “Poinçon de Genève” Sapphire or the Carpe Diem – all incredible feats in their own right.

2021 has seen Bulgari add yet another world first to the line, securing 7 consecutive years of world firsts: the new Octo Finissimo Perpetual Calendar, the slimmest in the world. For the first time, the now-classic ‘World First’ all-titanium model is also joined by a platinum version with a blue lacquered dial. These 40mm in diameter, 5.80mm thick masterpieces are yet more feathers in the cap of the Italian luxury house.

On another note, the Octo Finissimo has also been the subject of abstract art this year, with Bulgari also unveiling the Octo Finissimo Tadao Ando. This is the third time Bulgari has collaborated with the acclaimed Japanese artist on a watch: this year’s collab features a unique, minimalist blue dial design that resembles the night sky, with a yellow gold moon at 5 o’clock. 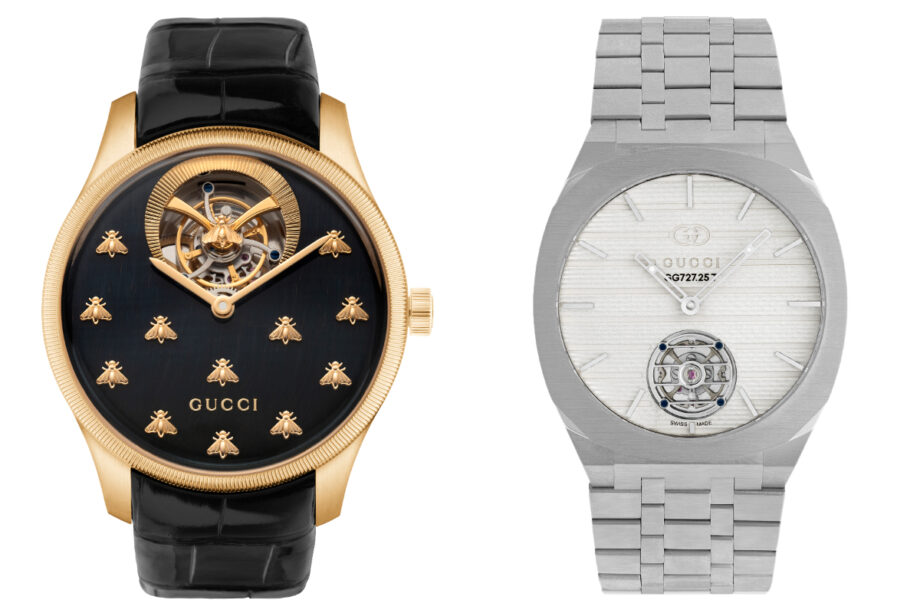 Some of the most exciting releases of the year have come from a brand that wasn’t even at W&W. Gucci, who was one of the first big luxury houses to invest in Swiss watchmaking back in the 70s, recently unveiled their new High Watchmaking collection for 2021: a multitudinous selection emblematic of an ascendant brand.

These watches take the maximalist, opulent style the brand has become known for under current creative director Alessandro Michele and complemented it with equally lavish technical elements.

Highlights include the G-Timeless Dancing Bees Tourbillon, which features spring-mounted bumblebees flocking around a brilliantly curved exposed in-house tourbillon movement, or the sporty Gucci 25H, with its stylish integrated bracelet and concealed crown.

The real jewel in their crown, however, is the new Grip Sapphire. Not only does it feature a case hewn completely out of sapphire crystal, but it also features a novel jumping hours movement that’s brought into focus by colour-contrasted cyclops windows. 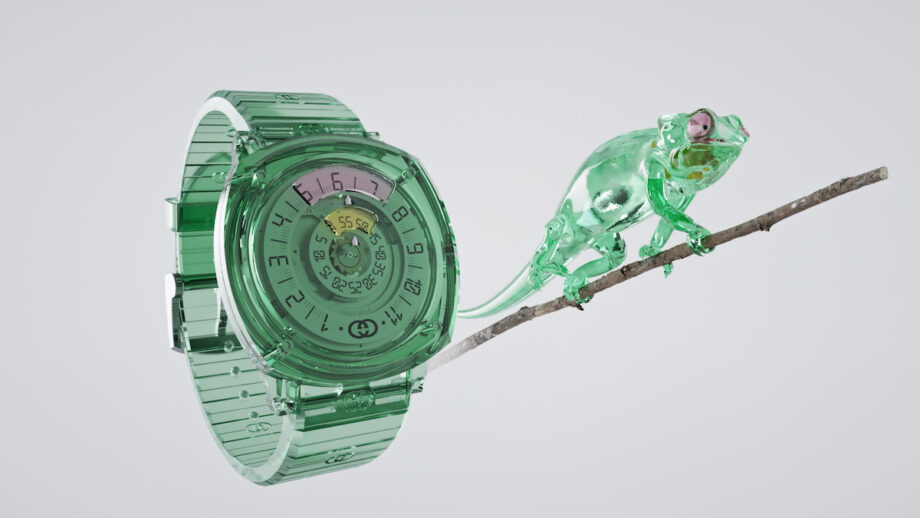 In essence, 2021 has seen all the hard work of these luxury houses finally pay off. Their watches are now more than just a technical and aesthetic match to the watch brand’s models – in many instances, they’re actually more impressive.

Indeed, their status as relative outsiders has actually worked in their favour. Not constrained by their status as pure horologists – and able to draw upon a vast heritage of design and experience in the luxury space – these companies have an edge that the Swiss stalwarts don’t have. There’s also a degree of levity; of freedom that they’re able to indulge in that their watch-only competitors perhaps can’t.

At the end of the day, competition is a good thing. The ascendancy of the luxury fashion houses in the watch world has put the watch brands on notice. W&W was proof positive that they’re paying attention, too: releasing exciting new models with innovative campaigns and drumming up hype in a way that seems very familiar to anyone who’s a fan of luxury fashion. The influence goes both ways, it seems.

Ultimately, it’s the consumer who’s winning. So cheers to that.