Cutting through the noise of Watches & Wonders. 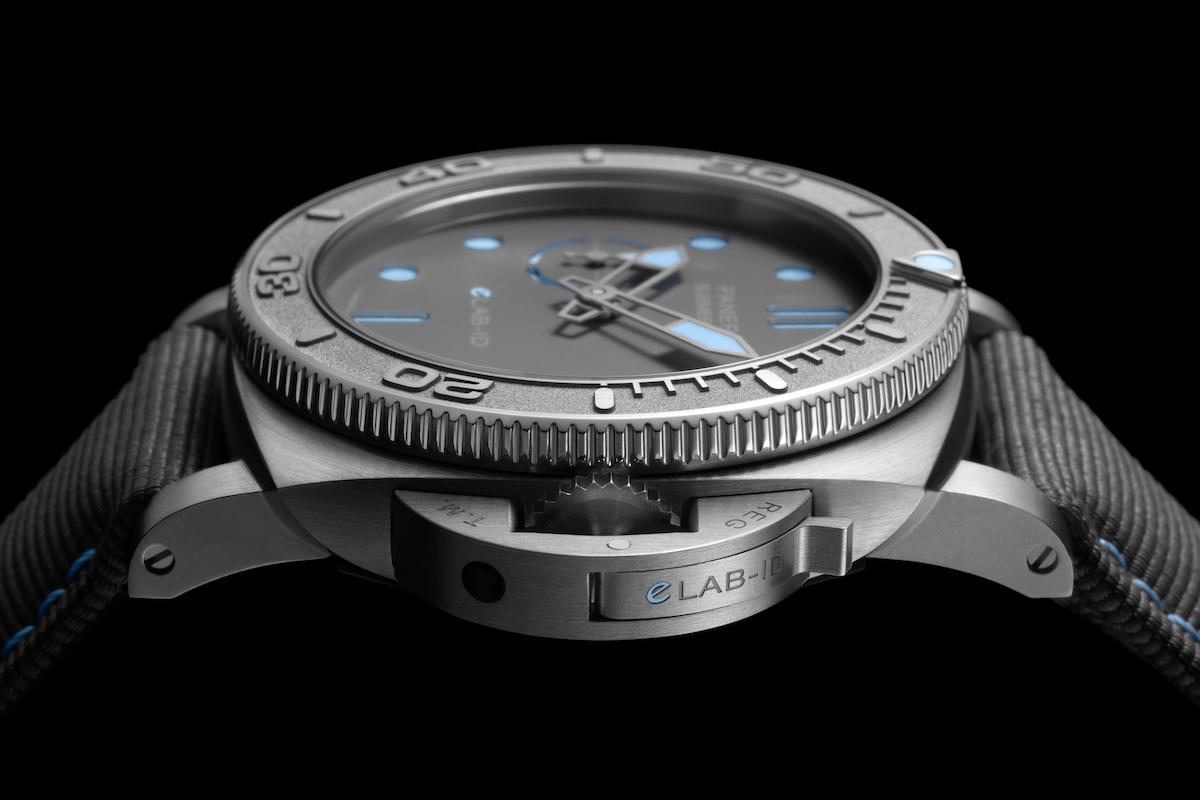 The watch world has been in an absolute spin this week thanks to Watches & Wonders – the industry’s most important trade show and a week-long cornucopia of horological delights.

Brands have been competing fiercely for their share of the spotlight and the first few days of the show were dominated by high-profile releases from the likes of Hermès, Patek Philippe and Rolex (just to name a few). The hype train’s chugging along at full steam – but it’s easy to get caught up in the flurry of it all and miss the really intriguing stuff.

Case in point: Officine Panerai, who’s just gone and unveiled two of the most genuinely exciting and forward-thinking watches not only of the entire show but potentially of the year, that set a truly high water mark for sustainability in modern manufacturing.

Let’s see why Panerai is deserving of your undivided attention.

You’d think Panerai as a brand would be a bit more Arnold Schwarzenegger than Greta Thunberg, but you’d be mistaken. Actually, Panerai has long been a leader in sustainability within the watch industry, with their Panerai Ecologico initiative gaining critical acclaim.

The iconoclastic Italian brand has upped the ante even further with their W&W headline release: the Submersible eLAB-ID, which Panerai describes as “the watch with the highest percentage of recycled-based material ever made”.

98.6% of the weight of the watch – so the vast majority of the timepiece – is made from materials that are mostly recycled. Recycled titanium for the case, recycled plastic for the strap, recycled silicon in the movement, even recycled Super-LumiNova for its indices… From the sapphire crystal to the gold hands, most of the major components contain recycled-based material.

It’s a real milestone. The watch industry is notoriously ecologically extractive, so to have a piece of precision engineering like a Panerai dive watch made virtually entirely from recycled materials – without any impact on performance or aesthetics – is truly impressive.

RELATED: ‘Save The Divers’: The Sustainable Trend Innovative Watch Brands Are Following

The main-line Luminor Chrono is available in three colours: black or white with matte dials or blue with a satiné soleil finished number. The black and white come on alligator leather straps (with an additional rubber strap) but the blue comes exclusively with a stainless steel bracelet.

Joining them is the Luminor Chrono Luna Rossa, another limited edition celebrating the Florentine brand’s relationship with the eponymous Italian racing yacht team. Unlike the other Luna Rossa editions Panerai has released thus far, this one has a more traditional look with a steel case, blue dial and fabric/rubber strap.

Also impressive is the Luminor Chrono Monopulsante GMT Blu Notte, which boasts not only a chronograph function but a GMT function and distinctive linear power reserve indicator. The black sandblasted ceramic that forms its case pairs beautifully with the Blu Notte dial that informs the model’s name.

Panerai is one of only a few mainstream luxury watch brands that make watches with bronze, with the original ref. PAM382 Bronzo a real innovator in that regard. It’s an unusual material to make a watch out, particularly one that’s likely to see a lot of action in the water as bronze is more reactive than steel or titanium, for example, and develops a patina very quickly.

But that’s entirely the point of Panerai’s bronze watches: the idea is that they tarnish quickly and distinctively, meaning your bronze watch is entirely unique. Bronze is also a material that is commonly associated with ocean-going: the core of Panerai’s brand identity.

W&W saw Panerai unveil the Submersible Bronzo Blu Abisso, which unlike previous Bronzo models comes in a remarkably small (for Panerai at least) 42mm. The dark blue pairs wonderfully with the bronze but it’s no mere art piece: water-resistant to 300m, it’s a proper dive watch and a nice alternative to the legions of carbon-copy 42mm dive watches out of Switzerland’s lofty manufactures.