35-year-old Romain Grosjean is known better for winning Formula One races than he is for bobbing around the ‘Floridian Riviera’ looking pretty. Yet here we are.

Grosjean is a racing driver with French-Swiss nationality currently competing in the 2021 IndyCar Series with Dale Coyne Racing. He survived what could easily have been a fatal crash in Bahrain last year, after which he moved away from the F1 to the America based series.

Grosjean had previously spent nine seasons in Formula One for a variety of teams, picking up 10 podiums. Those achievements perhaps pale though in comparison to his latest accolade… sending Instagram into a frenzy with his abs.

During a day off in Florida, Grosjean puts what looks to be an automatic foil board to the test. Though he looked a lot cooler doing it than say, Mark Zuckerberg, who has also indulged in the activity recently, the sheer fact he stepped on one of these hoverboard type contraptions was enough for some cynics (read: us) to question his taste in maritime fitness equipment. 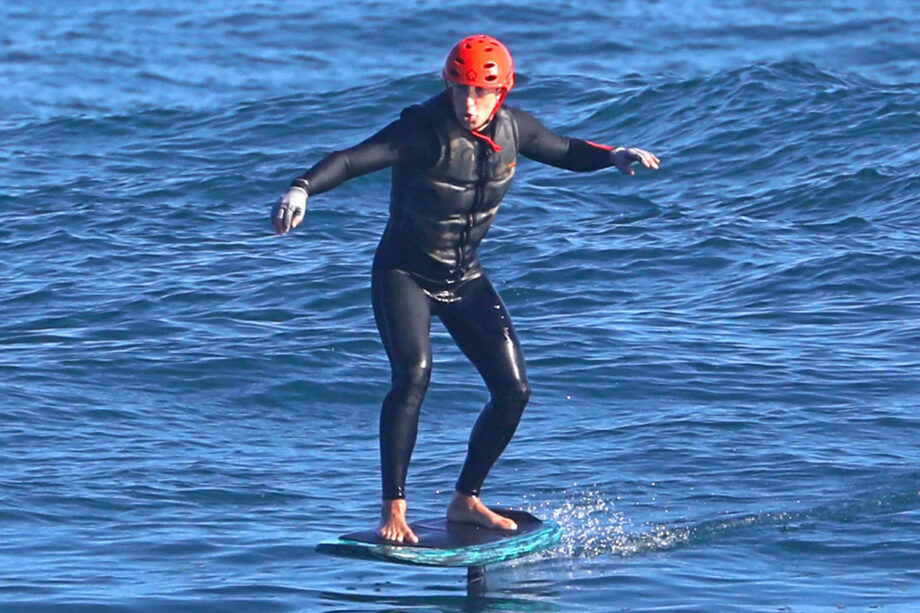 It may be us reading the comments in a ‘hoverboard hating’ light, but do we detect an undercurrent of sarcasm in the following remarks, left by commentators, underneath Grosjean’s post?

“Romain coming to steal your girl.”

“Point break except with a racing driver.”

What wasn’t up for question is Grosjean’s impressive physique, with comments from, “Hella Ripped” to “Dieu la machine” rolling in.

“Check out them abs.”

“Jesus christ Romain didn’t realise you were that shredded.”

Most pertinently, one user wrote: “Every time I see you enjoying life it makes my day after seeing the crash.”