We’ve previously claimed that “the Beckham family is the most stylish celebrity clan in the world” – although with millions of dollars between them and having your mum/wife be a leading fashion designer probably helps a bit.

They all normally dress pretty well – rocking everything from Peaky Blinders-inspired heritage looks to effortless streetwear steez – but it seems that when they step out of the realms of couture, they sometimes go a bit astray.

Enter Romeo Beckham: the second-eldest Beckham child and aspiring model who’s just debuted a new moustache that we’re not sure is genius or just gross.

The 18-year-old took to his Instagram Story yesterday, showing off a rather peculiar bit of bum fluff that somewhat resembles the look Errol Flynn used to rock back in the day. We’re almost positive Romeo’s grown it out that way because that’s, well, probably the only way he can grow out his ‘mo right now… But we’re really in two minds about it. 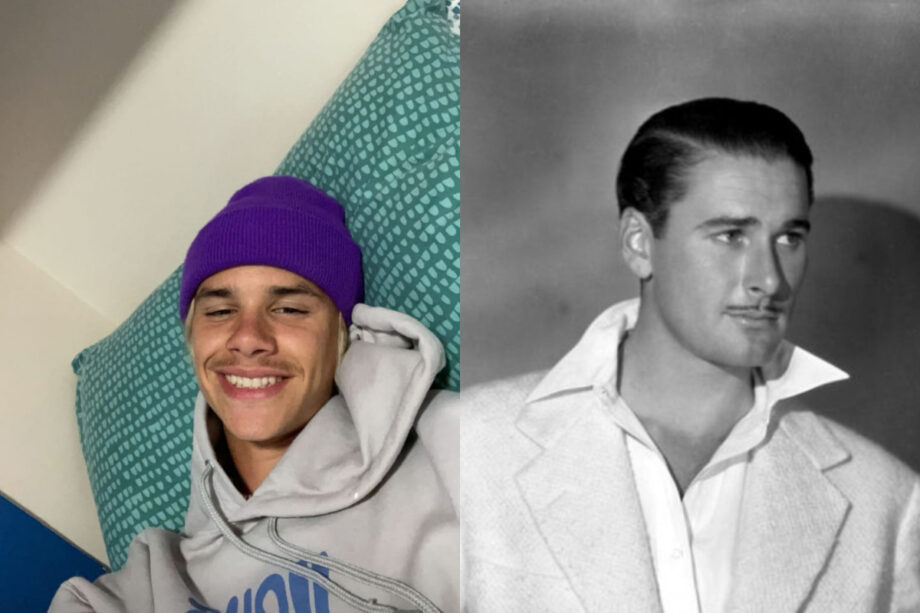 Romeo vs. one of Hollywood’s most famous Romeos.

There’s a school of thought that says that if you can’t grow a proper, thick moustache, don’t grow one at all. There’s nothing worse than ratty teenagers trying to act staunch with a pathetic set of whiskers.

But actually, we don’t mind the look. Sure, it’s not quite ‘in like Flynn’ (or ‘bending like Beckham’) but if Romeo paired the look with a double-breasted suit, slicked-back hair and a stiff cocktail in hand, he could have a red-hot go at imitating the legendary Australian actor.

Not all fans are willing to be so generous. Choice comments include “eurgh”, “shave” or most brutal of all, “Victoria with [a] moustache”.

Born in Tasmania but a true global citizen, Errol Flynn achieved worldwide fame during the Golden Age of Hollywood and remains one of the most iconic actors of all time full stop. Known for his swashbuckling roles and playboy lifestyle, Flynn’s primarily known for two things: his legendary appetite for alcohol, drugs and women; and his characteristic, very 30’s pencil moustache.

Let’s hope Romeo is only inspired by Flynn’s facial hair and impeccable wardrobe, and not his less gentlemanly habits…