So won’t the real Scott Disick please stand up?

Moving to a new city can be difficult, but it seems Scott Disick has quickly embraced the Miami lifestyle.

The 37-year-old television personality, businessman and raconteur has integrated into his new home’s culture flawlessly: driving speedboats and exotic cars; dating a woman almost half his age; dressing like a coke dealer… But most importantly, he’s been rocking some very Miami hair.

Last month he shocked us when he debuted a peroxide-bleached, slicked-back haircut that made it seem as if he was getting ready to have a mid-life crisis. Now it seems he’s committed totally to the mania, doubling down on a men’s hairstyle trend we thought we’d left back in 2020.

Enjoying a leisurely stroll by the beach on Wednesday with his current squeeze, 19-year-old model Amelia Hamlin, Disick was spotted wearing a bright orange shirt (with top buttons popped to show off his chain), Loro Piana loafers, his trusty gold Patek Philippe Nautilus Chronograph Date (ref. 5980/1R-001) and a Cartier bracelet – but most importantly, showing off a striking new buzz cut. 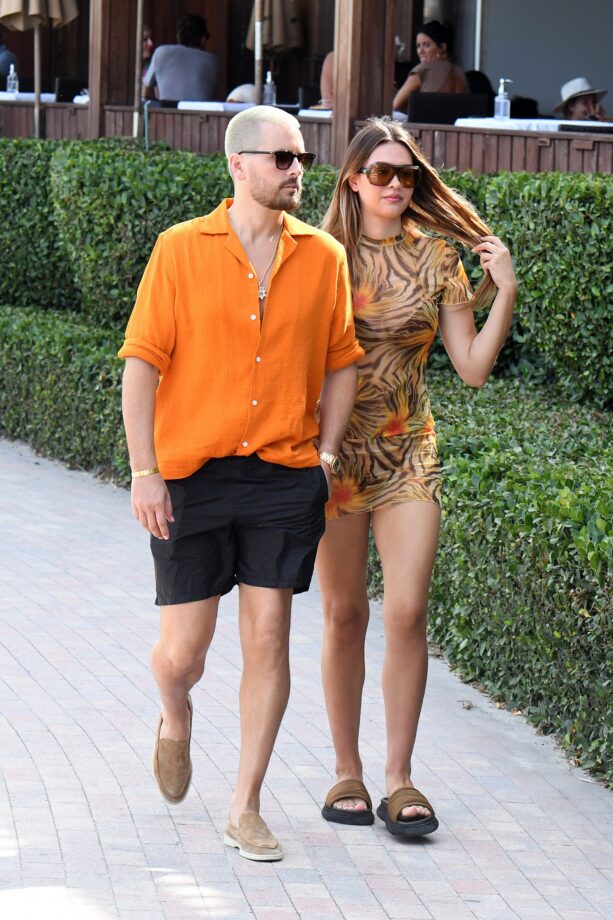 The last twelve months have seen a cavalcade of men’s grooming fads, with lads in lockdown getting creative with their locks: the notorious ‘lockdown beard‘, a revival of the mullet (and its cousin, the ‘skullet’)… And of course, men bleaching their hair.

But the only thing ‘more 2020’ than bleaching one’s hair was to get a buzz cut or just shave all your hair off – the fabled ‘hard reset’. Hell, even I jumped on the trend, with somewhat mixed results.

RELATED: I Got Brad Pitt’s ‘Fight Club’ Haircut & Now I Deeply Regret It

Disick jumping on could just be him trying to capture some fleeting relevance (a very Miami vibe, it has to be said), or maybe it’s evidence that 2020 really hasn’t ended… We’re just in its 16th month. With The Spicy Cough continuing to affect virtually every aspect of daily life around the world, the trials and tribulations of last year haven’t magically disappeared now that we’ve got a new calendar on the wall.

Truth be told, we reckon the bleached buzz cut suits him, particularly with that outfit he’s rocking. It’s like if early 00’s Eminem ditched the tracksuits and Jordans and decided to dress like an adult. Actually, Eminem still doesn’t dress like an adult.

We just want to know where Scott got that shirt…