Keep calm and deadlift on… 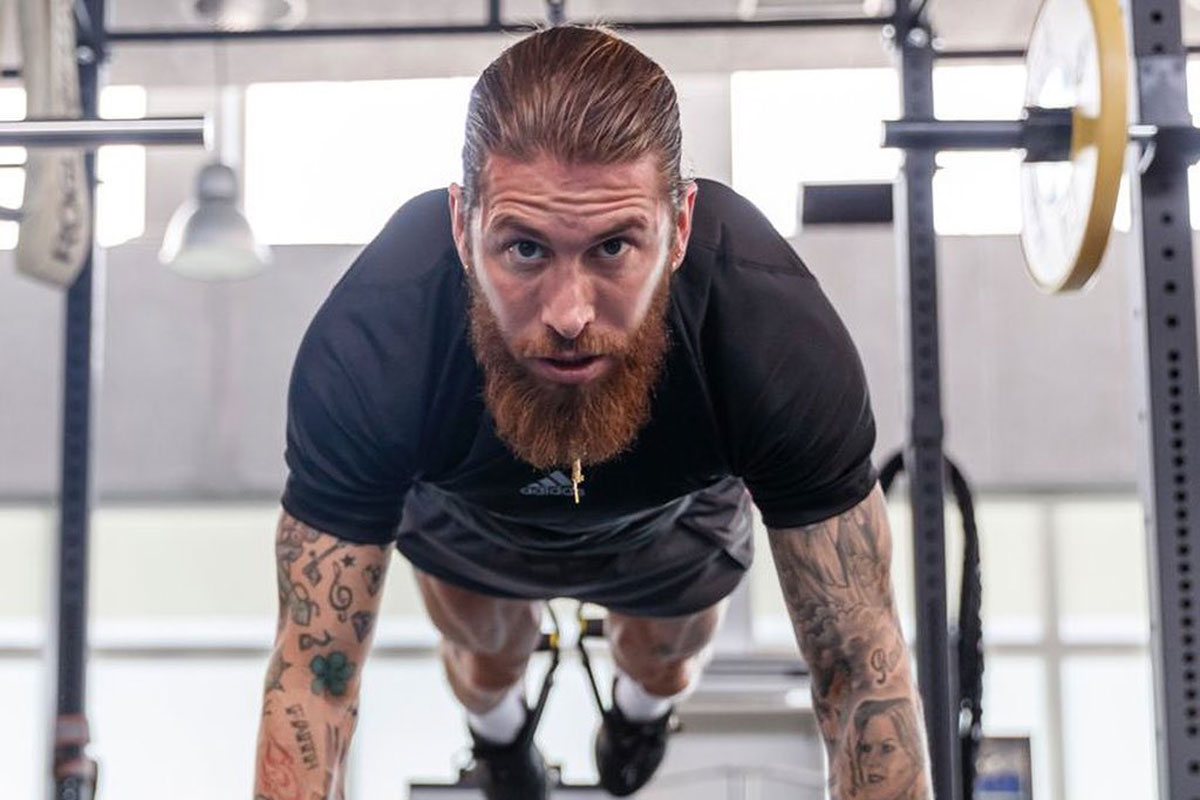 Forget Bruce Lee and Zlatan Ibrahimovic, Real Madrid centre-back legend Sergio Ramos deserves a trope of fawning literature all of his own. Not only is he a clutch player who can dismantle the confidence of the world’s best strikers with ease (as well as score penalties and headers with seeming impunity), but he is a constant source of fitness inspiration for the world’s languishing weightlifters.

If you, like us, need a little creative spark to get you roaring into your gym, then look no further than the 35-year-old Los Blancos captain. Over the past few months he has suffered all sorts of setbacks, but proven time and time again he has the right attitude to overcome them.

In November he showed us a gruelling rehabilitation workout that will have your legs shaking, as part of his recovery from a minor hamstring injury. In February he showed us how he is recovering from a knee injury with a majestic lesson in core and leg strength.

In March he flaunted a champion spec workout that could level up your legs. Now it’s April and the beleaguered star has tested positive for COVID. Though he had already been ruled out of last week’s crucial Champions League clash with Liverpool (which was played on Wednesday) due to a calf injury sustained on international duty, “Ramos has tested positive for coronavirus, the club said on Tuesday,” Sky Sports reports.

Ramos over the weekend took to Instagram to show fans he was not keeping idle, smashing out some ferocious deadlifts in what appears to be his back garden. “Corona who?” he captioned the post.

“We’ll be back. Don’t let anybody doubt that.”

In the video Ramos can be seen doing eight deadlifts before dropping the (what appears to be) 40kg-loaded bar to the floor in a mic drop type moment.

Fellow injured teammate Lucas Vasquez showed support too, in the form of a strong arm emoji.

Many other commenters took the opportunity to urge the Madrid captain to resign his contract (Ramos has been rumoured to be on the radar of Manchester United, PSG, Liverpool and Juventus, with his Madrid contract close to ending).

RELATED: Australian Doctor Reveals The Dangers Of Working Out While Sick

“Stop working out and sign the contract,” one user wrote, to the tune of 115 likes.

Wherever Ramos plays next year, we’ll continue to look to him for fitness inspiration.