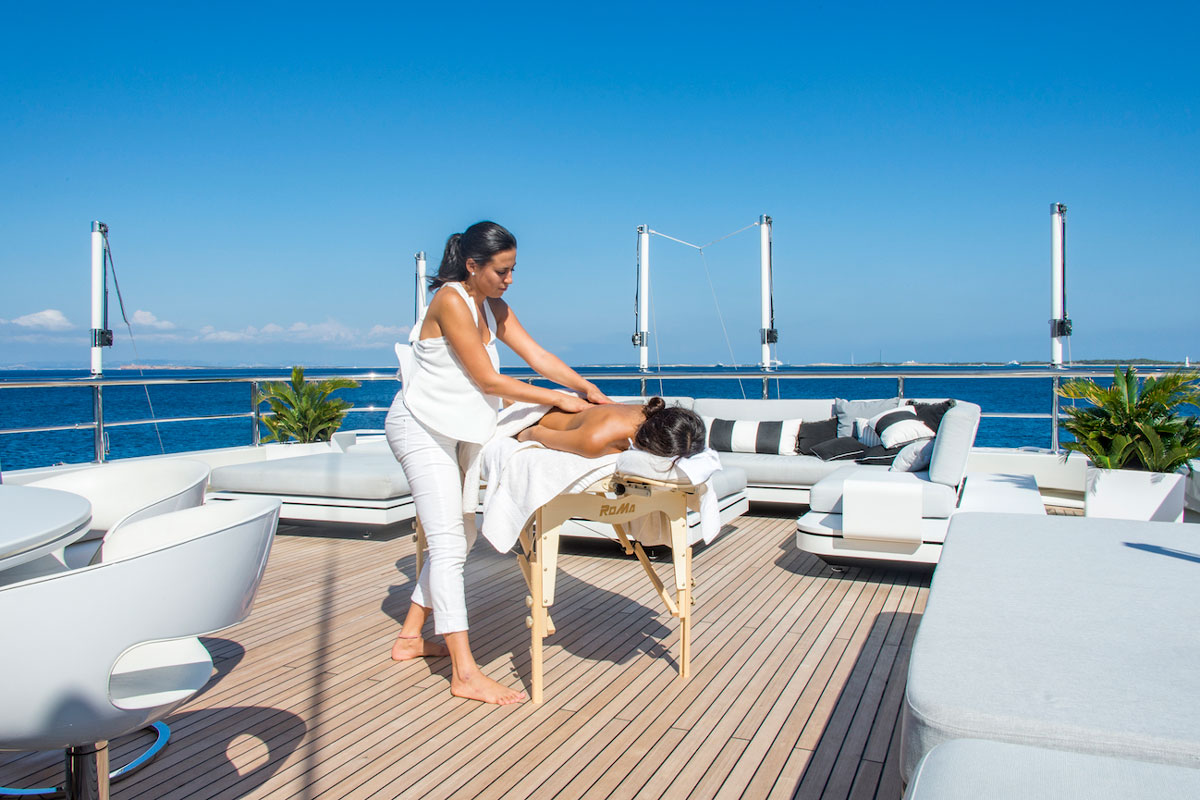 A superyacht trip around Europe is supposed to be a feast of deconstructed lobsters and wayward Dom Pérignon. A highlight reel of excess. A glimpse into the secret economics of a VIP party. The best of times. A day spa that never ends. A lavish 6 months that will ruin you for life.

Depending on who you speak to (the 37 year old rich kids, or their long suffering parents), it is all those things and more. But there’s another side of things that you might not expect. Stress points.

Superyachts and (and even ‘regular’ sail boats) can be almost as expensive to maintain as they are to buy. On top of that, being The Holy Grail of capitalism, they attract much mirth when they come a cropper.

As DMARGE reported last year, whenever an expensive piece of flotsam finds itself in strife, it attracts eyeballs.

From the above video to this 2017 clip to this 2019 incident in Cairns, luxury vessels of all shapes and sizes have had some crazy fails over the years.

To understand a little more about the reality of owning a superyacht, DMARGE got on the phone with Istanbul-based luxury yacht manager Candaş Balci, who told us a vessel like Sailing Yacht A (one of the most lavish superyachts on the planet) would cost, in his estimation, 8 million euros per year to insure.

This is not optional, as “you can’t enter any country, any marina” without insurance.

He also told us parking mishaps aren’t the only reason many superyacht and luxury vessel owners hire a manager.

RELATED: Incredible Video Shows You Best Way To Spend $700,000 In The South Of France

“They [the owners], relax onboard, and don’t want to have to think about any other problems.”

“They also often have limited time on the vessel.”

Balci told us there were various pain points to owning a superyacht you might not be aware of (which makes enjoying a smaller vessel a lot more attractive).

“Owning a superyacht has risks. You have 10 people (maybe) working on your yacht so it’s like a small company with payroll, social security, etc. As an owner you don’t have time for that.”

“If you have some problem it can ruin your whole summer – if you lose any of your crew and need to find another in the season it can be hard.”

There are also complex regulations that owners should be aware of, Balci told DMARGE.

“They can lock your boat down in some ports if you have something against the rules.”

All the while: “if you have a small yacht you can enjoy the same bay as a 50m yacht.”

A post shared by Greta and Michael ⛵️ Boatlife (@whensailing)

It’s not all fun and games for superyacht crew members either.

According to INSIDER, “Guests and owners can be messy and dirty – and it’s up to the crew to make sure it doesn’t look that way.”

“A mate on a 92-foot yacht said he had to wake up before guests or other crew members to get the yacht’s exterior ready for the day.”

“They expect it to look like no one has touched it… So any rain or dew, water spots, bird crap, or salt spray has to be continuously cleaned, not to mention having to constantly wipe stainless [steel] and glass when guests move around the boat. They leave smudges and fingerprints everywhere.”

“By the time I start at the top of the boat and move around drying the boat, washing windows, and prepping water toys, depending on where the guests are, it’s time to clean behind them,” the mate told INSIDER.

Yachting in general – small or super – comes with its challenges. As an ESCAPE article published in October 2020, detailing the highs and lows of bobbing off the coast of Queensland, points out, being on the water can take you from heaven to hell real quick.

“The nor-wester hits us like a hurricane the second we’re past the lee of Cape Capricorn (south of Rockhampton). Half an hour ago, two dolphins surfed our bow waves on a calm blue sea; now we’re leaning at impossible angles as waves break across us and this morning’s dirty dishes launch like missiles from the cabin below.”

“These are the highs and lows of yachting: it can terrorise you as quickly as it can tickle you pink.”

With the #boatlife trend gaining traction in Australia (and worldwide), this is something many people might soon find out the hard way.

As the Sydney Morning Herald recently reported, “A slew of Instagram accounts and YouTube channels chronicle families, couples and singletons [are] living on board their boats – and making it look extremely desirable.”

One of the boat lifers the Sydney Morning Herald interviewed said the costs were comparable with travelling by van.

A fully decked-out secondhand Mercedes-Benz Sprinter panel van currently costs something similar (something many people who are buying non decked out vans and converting them are probably hoping remains the case).

Still cheaper than a Superyacht though…