Watchmaker Brings World’s Dirtiest Rolex Back From The Grave 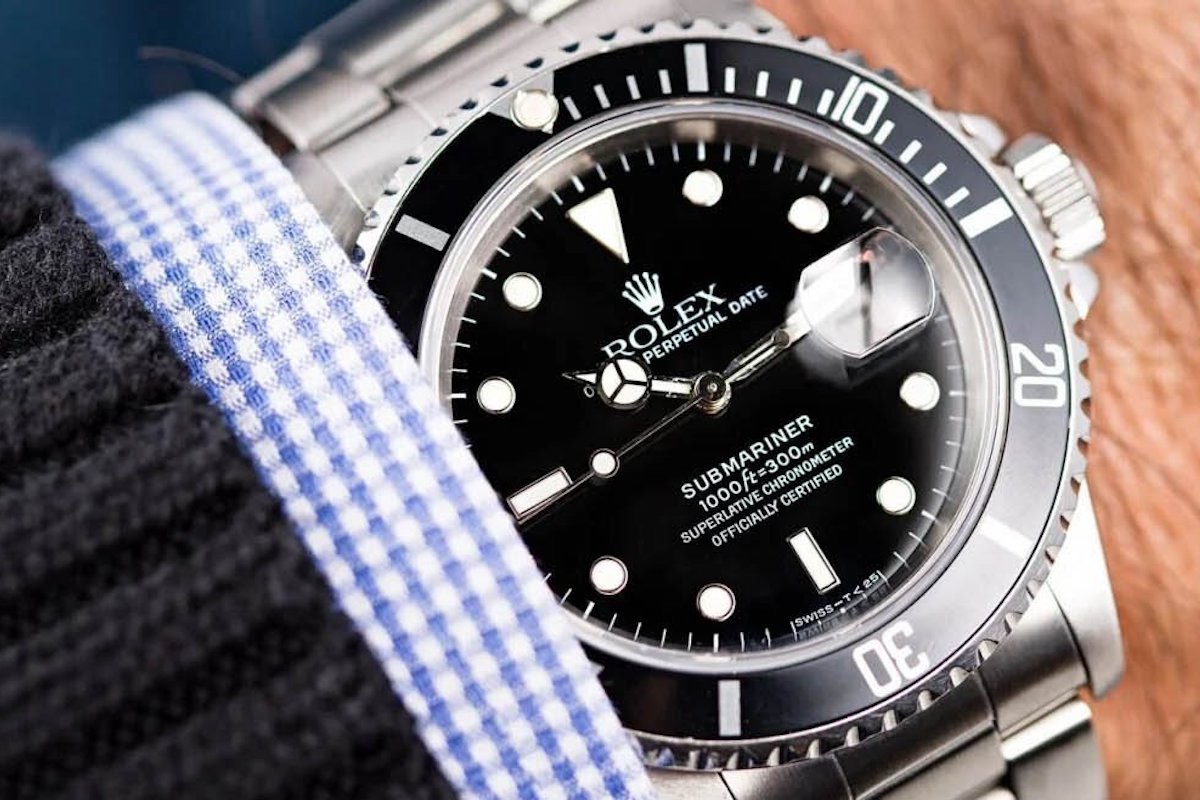 The amount of care, delicacy and expertise needed to build, repair, restore or service a mechanical watch is truly mind-blowing: to watch one of these talented craftsmen at work is like watching dark magic happen.

Even more magical is how drastically a good service can change the appearance and function of a watch. Watches, especially high-end timepieces from the world’s most prestigious brands, are investments rather than simple consumer goods – to see them given a bit of love; a fresh lease on life by a watchmaker, is chicken soup for the watch fan’s soul.

But there’s giving a watch a bit of love and there’s performing bloody miracles. Take this video we found on TikTok of a watchmaker restoring a Rolex Submariner they claim had been buried for years… A claim we’d be inclined to believe.

Not only has the coveted diver’s watch lost its crystal after its years in the dirt, but grime had even got into the automatic rotor and movement itself. However, if the video’s to be believed, this skilled watchmaker was able to bring the ‘Sub’ back from the dead.

Some fans on social media have suggested that this might have been staged – it is a rather extraordinary amount of dirt, and for the watch to lose its crystal entirely like that seems rather unlikely. Whether that’s true or not, what’s undeniable is the repair’s results.

Ironically, Rolex itself used to run an ad campaign back in the 50s boasting of how their watches could survive being buried for four years and still work after “a little work by the Rolex Repair service”.

We guess that claim still holds water in 2021, although we rather suspect that bringing your Rollie into your local service centre these days would raise more than a few eyebrows. 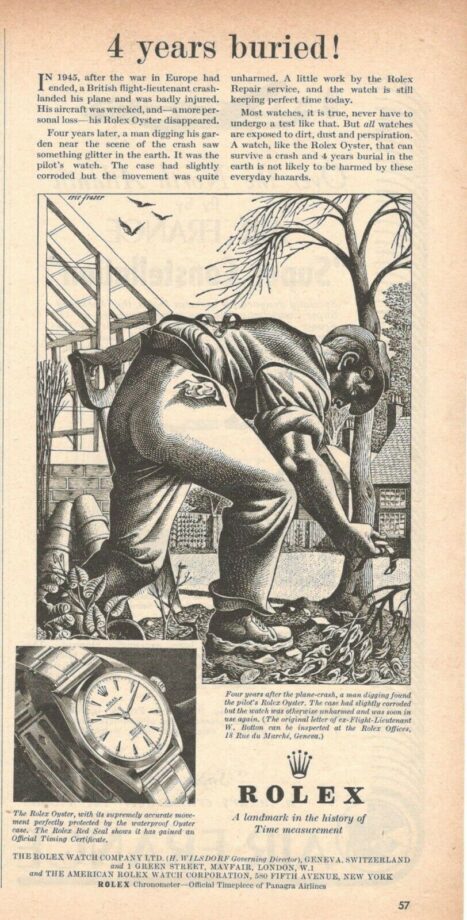 This video also speaks to a culture of repairing and reusing that we’ve largely lost in today’s modern consumerist culture, especially where watches are concerned. Most people these days, if they even wear a watch, opt for a smartwatch or cheap quartz number; products that aren’t inherently designed to be kept for a long time or easily repaired.

A fine Swiss watch might be expensive, but if you look after it, it can be something that’ll last you a lifetime… Or at the very least, they’re something worth repairing if they do break. Remember the famous slogan – “You never actually own a Patek Philippe. You merely look after it for the next generation.” Is that something you can do with an Apple Watch?