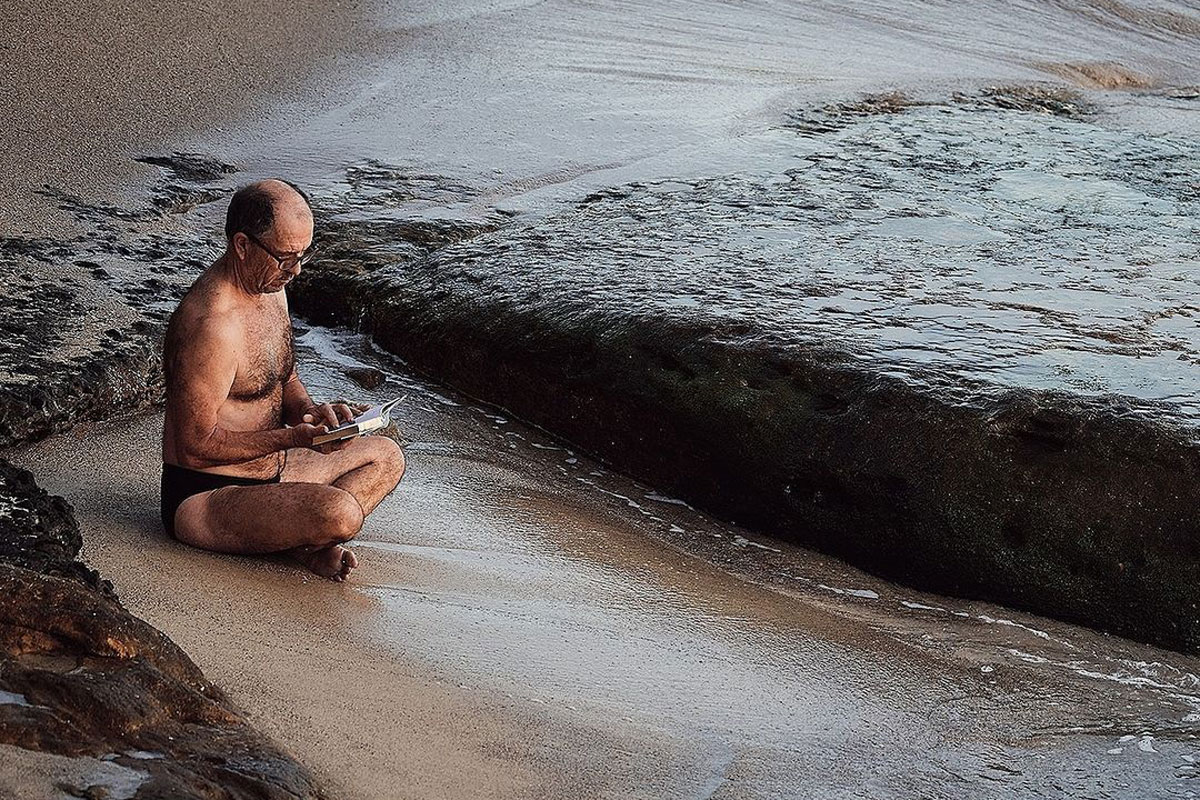 Swanning around the supermarket barefoot. Eating a meat pie for morning tea. Parking your Range Rover like a Pelican. There are a lot of things that you see in Australia, which you don’t in America.

Speaking of which… a recent set of images from Eastern Suburbs based photographer Eugene Tan showcases yet another classic Aussie ritual, which we reckon is worth sharing.

The images show Australians, on the cusp of winter, revelling in water which (in our biased opinion) is probably a bit too frigid for our friends across the pond.

While not every Australian does this (not everyone lives next to the beach), this winter act of worship is so jettisoned into the Australian psyche that there are Instagram accounts you can follow to get your daily dose if you can’t make it down, like Tan’s @aquabumps. Further examples include @morningbondi and @sproutdaily.

In any case, Tan took to Instagram on Thursday to share a bunch of photos, which show people enjoying the Eastern Suburbs’ Bronte beach, despite the conditions being far from pristine.

“Tad junkie, quite dark and with a new SE swell energy,” he captioned the post. “I had a look around Bronte, for a change of scenery.⁠”

Comments rolled in from: “The mood of the day’s elements, perfectly captured,” to “I wanna be as chill as the guy reading his book at the shoreline.”

This guy appeared to be a hit, with another commenting: “Love the guy reading 😍.”

This isn’t the first time a coastal photographer has captured this morning Aussie ritual. Last month it was Amaury Tréguer (aka @morningbondi) pointing out the difference between Aussie and French style.

Across the bridge, Northern Beaches photographer @sproutdaily has also captured this cool habit, last year in winter writing: “A slice of ocean served chilled. It’s winter after all and I get the feeling we’re going to miss it when it’s gone. 5 days left! Better get in!”.

As DMARGE wrote last year, in the USA, despite many regions enjoying similar temperatures to Australia’s East Coast, winter swimming (as far as we know) is more the domain of fitness fanatics and is less popular among your average Joes.

To put it another way: we can’t imagine too many swim groups like Manly’s Bold & Beautiful (where 60-year-olds smuggle their budgies across from Shelly to Manly every day, some pre-dawn) in America. Though we are always happy to be corrected.

Though Tan’s Bronte photo of the guy reading next to the water could be completely unrelated… it’s also nice to see Australians embracing a casual kind of meditation, which shows you don’t need to spend millions on an app to carve out some me-time each day (see: ‘Unfairly Maligned’ Bondi Trend The Rest Of The World Can Learn From).

We’ll drink an oat milk latte to that…