Gucci Is Making The Most Common Men’s Fashion Fail… Fashionable 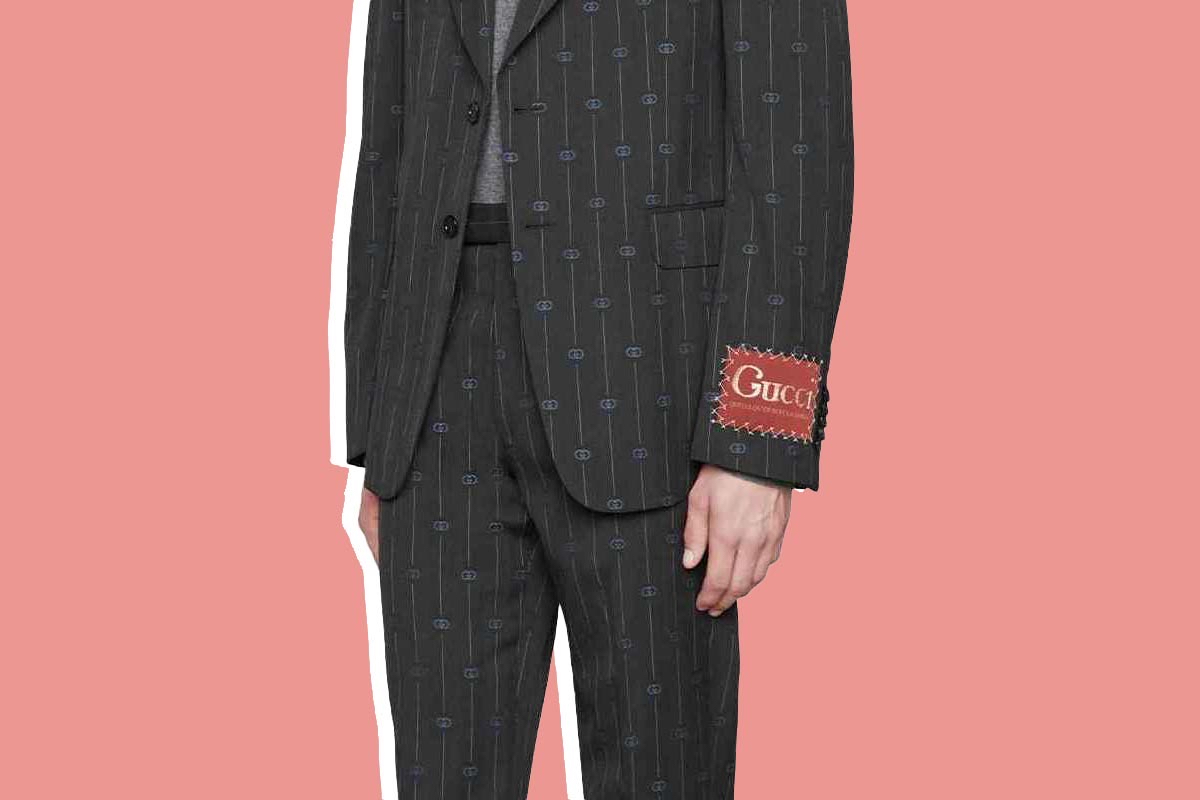 A grey suit jacket from Gucci's 'Epilogue' collection, with an oversized suit tag. The tag reads 'Gucci quelle qu’en soit la saison' ('Gucci whatever the season'), which according to the brand is "a message about leaving fashion’s old rules behind".

Gucci has always been a disruptive force in the world of haute couture – but its latest style experiment might put men’s fashion purists’ noses out of joint.

His latest artistic flourish, which has appeared in a number of his 2021 menswear collections, is very much both of those things: deliberately keeping the suit tag on blazer sleeves.

Typically, suitmakers leave a small silk tag on the left sleeve of a suit blazer, which you’re supposed to remove before you start wearing the suit properly. Many men, however, forget to remove the tag, thinking it’s a part of the design. It’s one of the most common men’s fashion fails and one that can really prove damaging – imagine walking into a job interview with the tag still on your sleeve…

RELATED: How To Dress For A Job Interview, No Matter The Job

Worse still, some men are aware of the protocol regarding sleeve tags and still choose to leave the tag intact. This is usually something young men do with designer brands, as they want people to know they’re wearing Gucci or Givenchy or whatever. It’s widely considered distasteful, but it is a trend that’s becoming more common.

It seems Michele’s taken notice of this emerging trend. In a brilliant move, he’s turned the sleeve tag into a real statement; making them larger or adding multiple and in some cases even completely sewing them down instead of just at the corners. In short, they’re designed not to be removed. It’s something that’s going to f*ck with a lot of people… But that’s entirely the point. 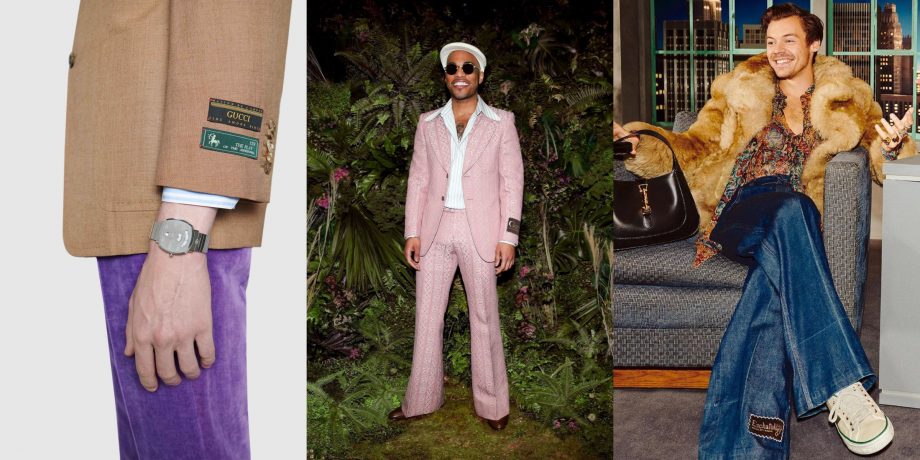 L-R: sleeve detail on a Gucci jacket from their latest ‘Ouverture’ collection; rapper Anderson .Paak wearing a suit from the ‘Aria’ collection; Harry Styles showing off a similar tag detail on a pair of Gucci jeans – it’s not just the suits getting the tag treatment.

Haute couture is supposed to push boundaries. Michele’s decision to centre the humble sleeve tag and turn it into a fashion element; to transform the act of leaving the tag on from being a mistake to an intentional style statement, is simple but clever.

It also fits in with Gucci’s well-established, logo-heavy aesthetic. Intense branding has been a signature of Gucci’s for many years, with motifs like their interlocking G’s, red and green stripes or iconic bumblebee an important part of the brand’s identity. Michele is taking that theme to the next level with his sleeve tags whilst adding a subversive edge.

Of course, not everyone’s going to love it – many fashion fans already consider Gucci’s current aesthetic to be a bit too kitsch for its own good, and this will only reinforce their prejudices against it. But again, that’s the point of haute couture; to ruffle feathers and experiment. Even if we’re not a huge fan of it ourselves, we admire Michele and Gucci’s willingness to try something a bit different. 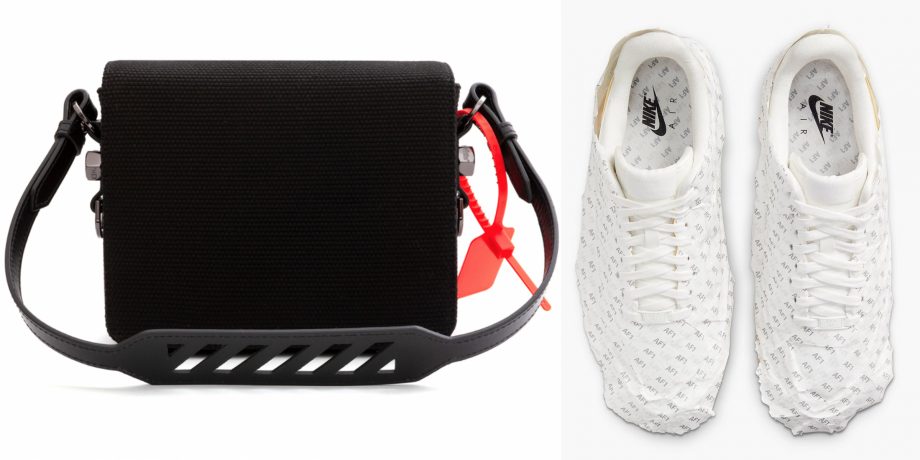 L-R: an Off-White handbag with the iconic zip tie and a pair of Nike Air Force 1 ‘Keep Em Fresh’ sneakers.

This ‘holistic’ approach to men’s fashion – treating every element of the process, even the packaging, as part of the overall look – is something that’s grown in popularity over the last decade. Off-White’s iconic zip ties are a great example of this, as was Nike’s recent Air Force 1 ‘Keep Em Fresh’ release, which saw the iconic sneaker’s paper packaging deliberately integrated into the upper of the sneaker.

The real question is this: do you respect Michele’s creative vision, and keep the tags on? Or do you remove them, lest people who aren’t as clued into modern fashion think you’re a fashion fool?

We suspect each choice will suit a different sort of person. We’ll see ourselves out…