Kendall Jenner is more of an outlier. Like the rest of her extended family, she loves her cars, but she’s known for her somewhat more subdued taste in vehicles. In particular, she owns a few immaculately maintained American classic cars, including a 1965 Chevrolet C-10 pickup truck and a 1960 Cadillac Eldorado Biarritz convertible. In short, she’s got a bit more class.

Her current ride of choice, however – another convertible – is much more in line with the extravagant tastes of the rest of her family clan. The 25-year-old model and socialite was spotted on the streets of Los Angeles yesterday driving a Mercedes-Benz G-Wagen Cabriolet: a stereotypically ‘celebrity tier’ vehicle and one of the most contentious cars one can hope to drive. 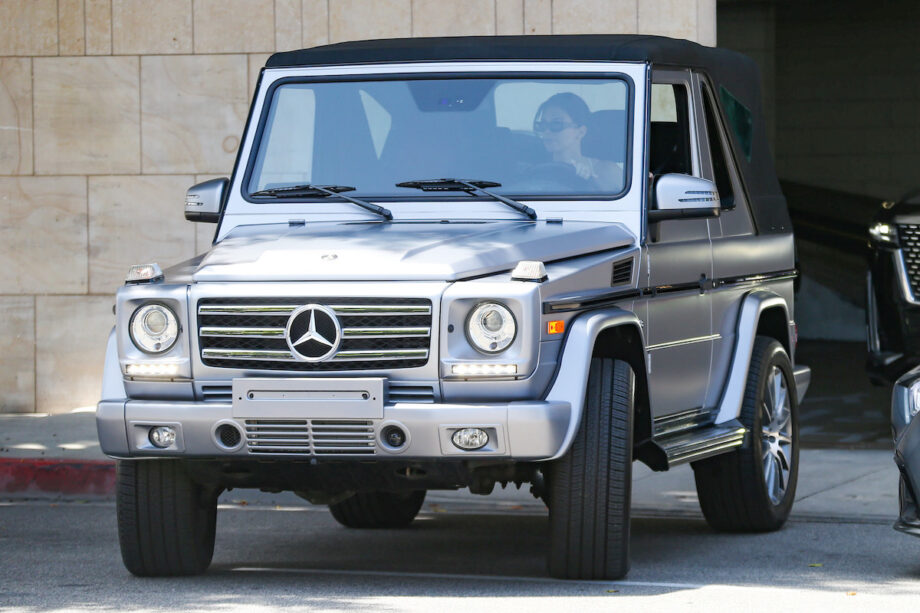 First introduced in the 1970s as a military vehicle, the Mercedes-Benz G-Class (better known as the G-Wagen) is one of the longest-produced vehicles in the German marque’s history, only surpassed by the similarly rough-and-ready Unimog.

These days, the G-Wagen is mostly sold to civilians, the boxy, utilitarian 4×4 available with all of Mercedes’ usual luxury car trimmings. You can even get a Maybach version of the thing. Much like Land Rover Defenders or Jeep Wranglers, most people who buy G-Wagens never take them off-road: they drive them because they look mean and imposing. The G-Wagen is also one of only a few SUVs available with a drop-top and is easily the most luxurious example of such on the market.

Hence why Jenner’s driving it, we suppose.

It’s a contentious vehicle for precisely this reason. Automotive purists would say that it’s the ultimate poseur’s or hairdresser’s car: ugly, unwieldy, obnoxious and not fit for purpose – it’s a military vehicle, no matter how much lipstick you put on it. That’s before we start talking about its terrible on-road manners or fuel-gulping proclivities…

Still, we’d be lying if we didn’t think they’re very cool cars. At least it’s not a Hummer.

Jenner’s not the only Kardashian family affiliate who owns a convertible G-Wagen, either. Travis Scott, Kylie Jenner’s ex-partner and yet another member of the sprawling entertainment dynasty, owns two: a black model with very 90s rims, and the matte brown Maybach model you can see above.

If you’re going to drive the most controversial German SUV on the market, you may as well drive two, we suppose.