LeBron James’ $30 Designer Face Mask Is A Must Have 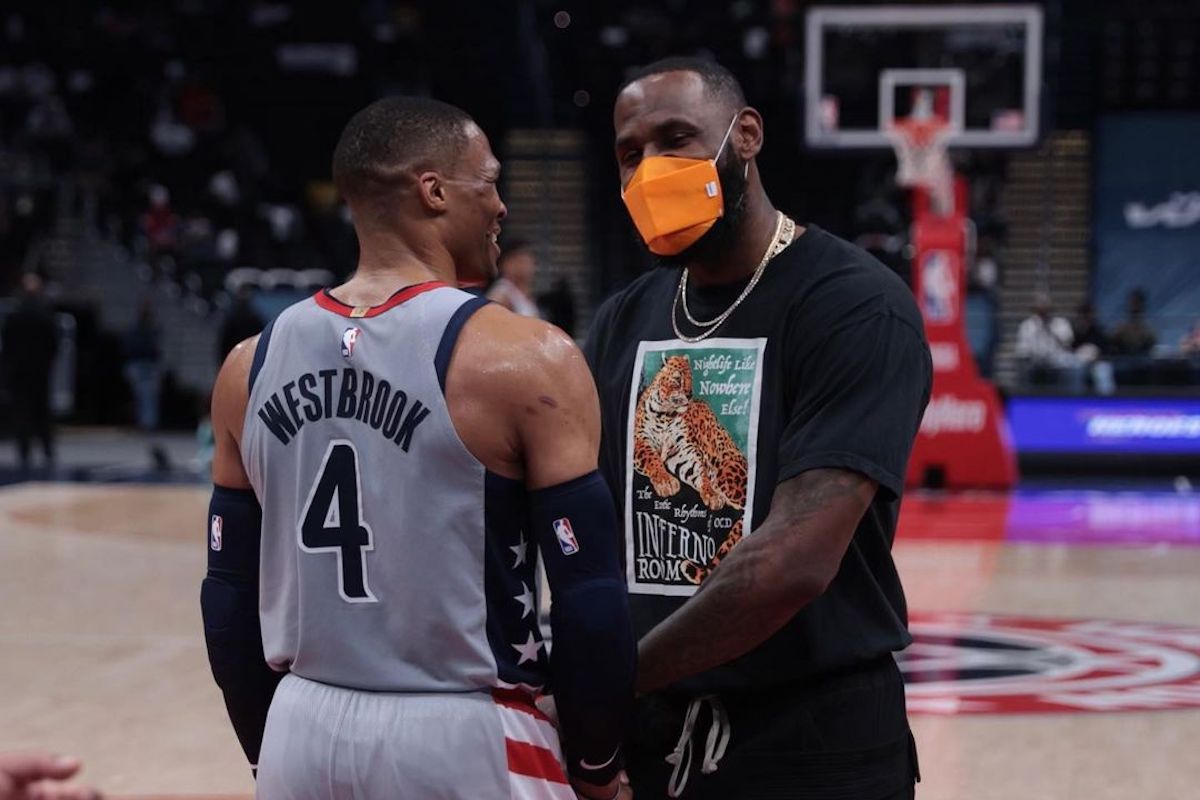 LeBron James, particularly in recent years, hasn’t been afraid to speak publically or invest in the things he believes in.

From publically speaking out about Black Lives Matter and police brutality in the United States to investing millions in philanthropic pursuits, including opening the ‘I Promise’ School in his hometown of Akron, Ohio, the NBA’s brightest star and candidate for the greatest basketball player of all time demonstrably has his head screwed on right.

Fashion has been a big part of his activism, having worn politically charged clothing to many NBA games over the last twelve months. Now it seems his latest fashion exploit also calls attention to another worthy cause – and his co-sign will undoubtedly help it immensely, too.

LeBron shared a photo of him embracing Washington Wizards player Russell Westbrook after a LA Lakers game on Wednesday, a game LeBron was forced to sit out due to injury. James posted the photo in a context where Westbrook’s currently facing a lot of criticism over his performance with the Wizards, with LeBron’s reputation of the critics a real bro move.

But the really classy thing wasn’t the Westbrook moment itself, but what he was wearing during it: a bright orange face mask from Henry Masks, an African-American owned designer face mask brand that’s also a social enterprise. It’s the most stylish and worthy PPE one can cop in 2021 – and it’s also remarkably affordable.

Launched by Patrick Henry, bespoke tailor and founder of cult designer label Richfresh, Henry Masks operates as a subscription service. For less than 30 USD a month, you get sent two masks every month in a variety of different colours and patterns, with the company donating an additional mask for every mask sold to a health care worker or family in need.

Entirely made in the USA, washable and reusable, the other cool thing about Henry Masks is their origami-like design, which means they don’t need a metal or plastic strip to fit properly over your nose.

Stylish, practical, cheap and supporting a good cause? They really tick all the boxes.

RELATED: The Most Fashionable Face Masks For Perfect Pandemic Protection

LeBron’s actually been rocking the masks for quite a few months now, and it seems he’s also inspired some of his fellow NBA players and celebrities – such as Kyle Kuzma, Chrissy Teigen and Michael B. Jordan – to don the classy face coverings too.