One of the least fashionable things a man can wear is cargo shorts. Not only do they make you look fatter and shorter than you actually are, but they also make you look like an eight-year-old… Or a sex offender. Both vibes you definitely don’t want to be giving off.

Best known for his roles in TV series such as Gilmore Girls, Heroes and This Is Us, Ventimiglia been spotted on a number of occasions over the last few weeks around Los Angeles rocking shorts that are so sheer they may as well not be there.

First, he was spotted leaving the gym in a pair of split shorts – not very fashionable, but it’s the gym, heaps of men wear those sorts of shorts to work out in – even, lately, Conor McGregor. Later on, however, he was spotted in a different pair of short shorts, this time just out and about. It’s a divisive look that has fans online calling it “cringe” (although there’s plenty also calling him “daddy” so what do we know).

So is the short short coming back? According to The Guardian, it could well be. As the publication reported last year: “The subversive, suggestive and skimpy garment has made a comeback during lockdown thanks to Paul Mescal and Harry Styles.” It doesn’t look like flapping away any time soon. 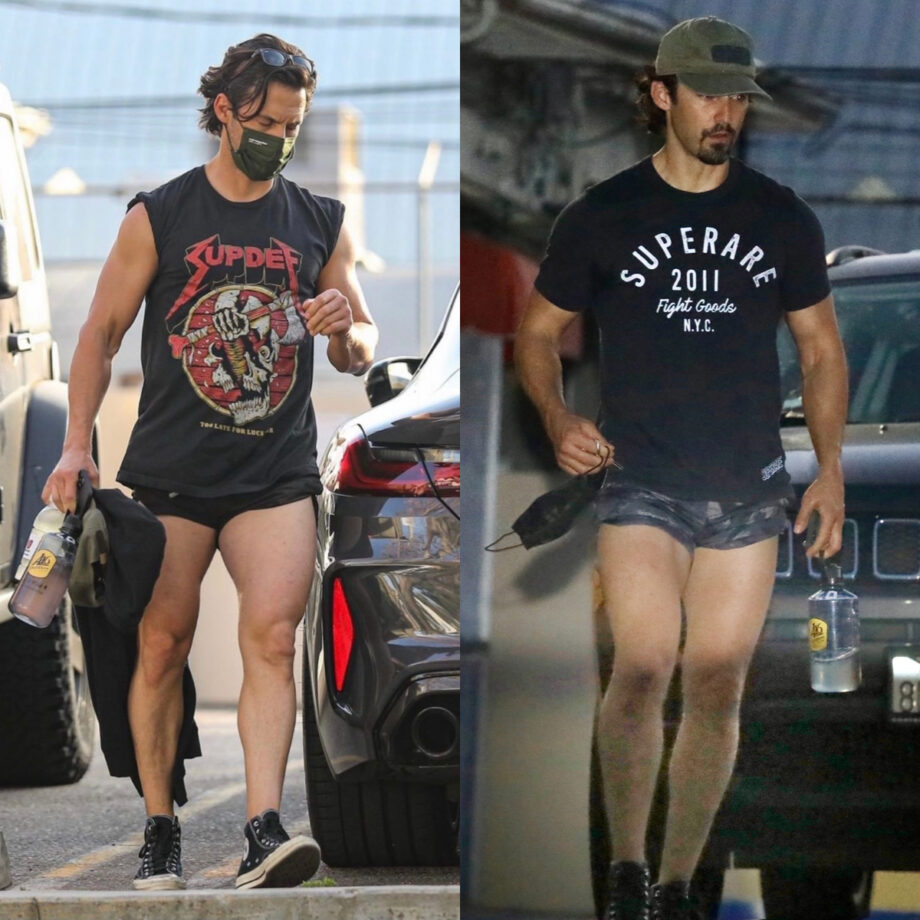 Ventimiglia seems to be cresting the wave on a revival of this very 70s/80s short shorts look, with men from Melbourne to Malibu increasingly sporting the thigh-flashing look. Is it activewear gone bad, or a style trend worth hopping on? We reached out to both a fitness and style expert for their takes on this revealing men’s fashion trend. Simply put, how short is too short?

His take? “Mid-thigh is appropriate and can actually be quite aesthetically pleasing when you have toned symmetry through quads and thighs. Above mid-thigh can look a little try-hard and non-authentic to the individual. I believe in always being true to yourself.”

“Too short can also become non-functional for training as they are often too tight and can split or continually creep up too high.”

While there’s no particular performance advantage (and indeed, a potential performance disadvantage, as previously mentioned) to wearing short shorts or split shorts while working out, Robinson points out that they’re not a completely terrible clothing option for the gym.

“A good mid-thigh length can be motivating because it allows one to see their muscles working and improvements and progress being made, which can be rewarding.”

RELATED: I Believed I Could Get Six-Pack Abs In 2 Weeks. I Was Freaking Delusional.

Sydney men’s stylist and fashion expert Jeff Lack isn’t quite as forgiving when it comes to short shorts from a sartorial perspective, however.

“If your shorts leave nothing to the imagination, they are too short. Cue Warwick Capper.”

“A good guide is if you’re short, your shorts can be too,” Lack relates. “It’s safe to have the hem of your shorts, no matter your build, at mid-thigh”. So there you have it.

As for Ventimiglia, he seemingly couldn’t care less. Over the weekend he shared a photo of a pair of short shorts on his Instagram account, with a simple caption: “ride ’em high, kids”. What a king.

One fan suggested he “auction these bad boys and you’re set for life,” with actress Briana Venskus chiming in with this choice comment: “the higher the shorts, the closer to God… Or something like that.”

Yeah, we’ll go with the ‘something like that’, thanks.