“Trying to copy Harry Styles… ya not great.”

Since leaving the notoriously psyche-stroying Disney bubble, the three popstars – Nick, Kevin and Joe – have all flourished in their own different ways; becoming their own men. One thing they still have in common, however, is a shared love of expensive fashion and watches… As well as a shared capacity to court controversy.

The latest controversy? Nick Jonas’ outfit at the 2021 Billboard Music Awards last night. The youngest Jonas brother was actually hosting the exclusive awards show, and went through a number of outfit changes, but it’s his backstage look that got people’s hackles up.

Posing alongside wife Priyanka Chopra during a brief photoshoot, Nick was unmissable in a verdant green Fendi trenchcoat, trousers and silk shirt, paired with a chunk gold pocket chain and a Richard Mille RM11-01 Automatic Flyback Chronograph “Roberto Mancini” on his wrist. It’s a luxurious outfit, but one that’s had some fans on social media crying foul. 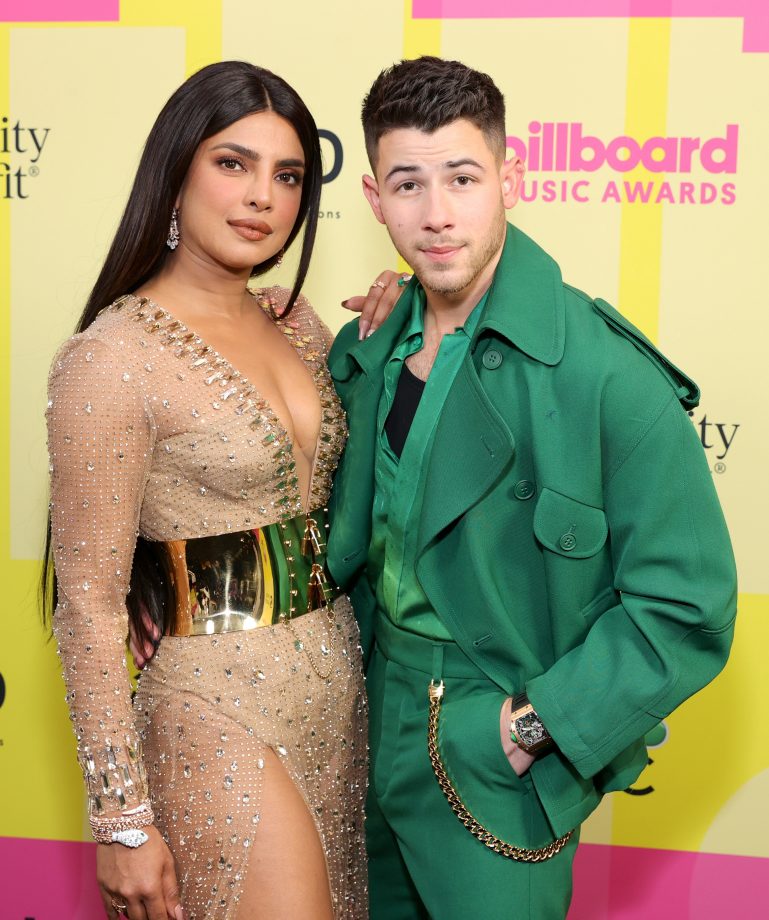 As one Instagram commenter put it: “Trying to copy Harry Styles… ya not great. Your wife… bombshell.”

That seemed to be the prevailing sentiment, with many fans complementing Chopra’s Dolce & Gabbana outfit and denigrating Jonas’ more outlandish look. Although many were also quick to have a dig at the 10-year age cap between Jonas and Chopra, arguing that his supposedly ‘immature’ outfit only drives that unfavourable comparison home.

“A lioness and her cub…”, “He looks like her son”, “They don’t look like a real couple”, “A granny and her grandson”… And some people argue that social media isn’t toxic.

For what it’s worth, we don’t mind the outfit – and think the Harry Styles comparison is a bit unfair. Jonas’ outfit is rather masculine; military-inspired yet rather minimalist. Styles, on the other hand, is known for his somewhat feminine, gender-blurring approach to fashion. Both Styles and Jonas were both in boy bands, we suppose? That’s the only connection we can find. Let the man live, we say.

Nick not only hosted the awards show but also performed alongside his brothers and DJ Marshmello as the show’s closing act, performing a medley that included their new single Leave Before You Love Me. Nick also released his fourth studio album this year, Spaceman, celebrating the album’s launch with yet another expensive watch purchase: a white gold OMEGA Speedmaster Moonwatch.