Most Unlikely SUV Ever Spotted Cruising Streets Of North Korea

A crime against humanity? 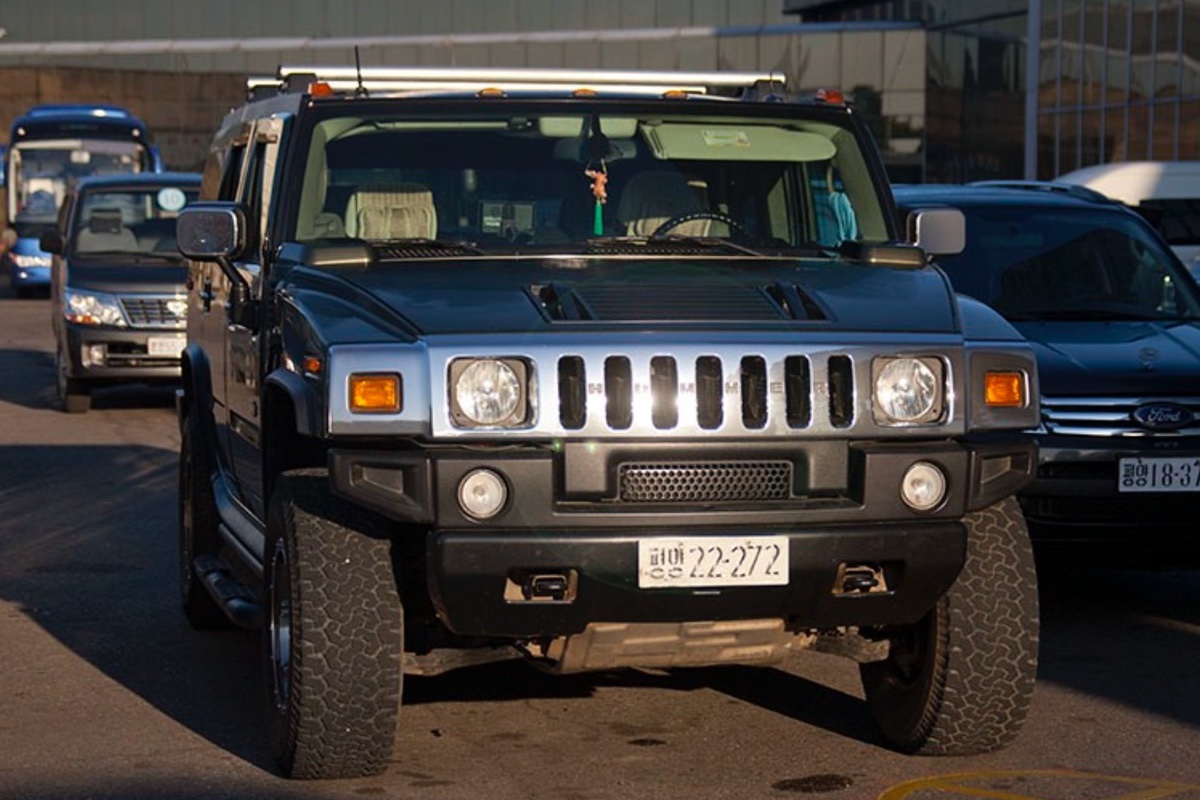 Nothing quite excites a real revhead like seeing a rare imported car that was never officially sold in the country it’s driving around in.

For example, Americans are often jealous when they see Japanese domestic market vehicles like the legendary R32 Nissan Skyline GT-R driving around Australian streets. Conversely, Australians might be shocked to discover there’s a surprisingly large amount of Holden Kingswoods driving around Indonesia, or how there’s a bizarre amount of American panel vans in Portugal.

But the most surprising fish out of water car on the planet might just be a solitary Hummer H2 that’s found itself in Pyongyang – the capital of North Korea, and perhaps the last place on Earth you’d expect to see perhaps the most American car ever made.

Foreign Market Car Sightings, a Facebook group dedicated to this sort of thing, features dozens of posts sharing sightings of this huge SUV. The H2 sticks out like a sore thumb on the streets of Pyongyang, not only thanks to its size and unmissable design but also because Pyongyang’s roads are rather empty. Few North Koreans own a car, with car ownership limited to the elite. 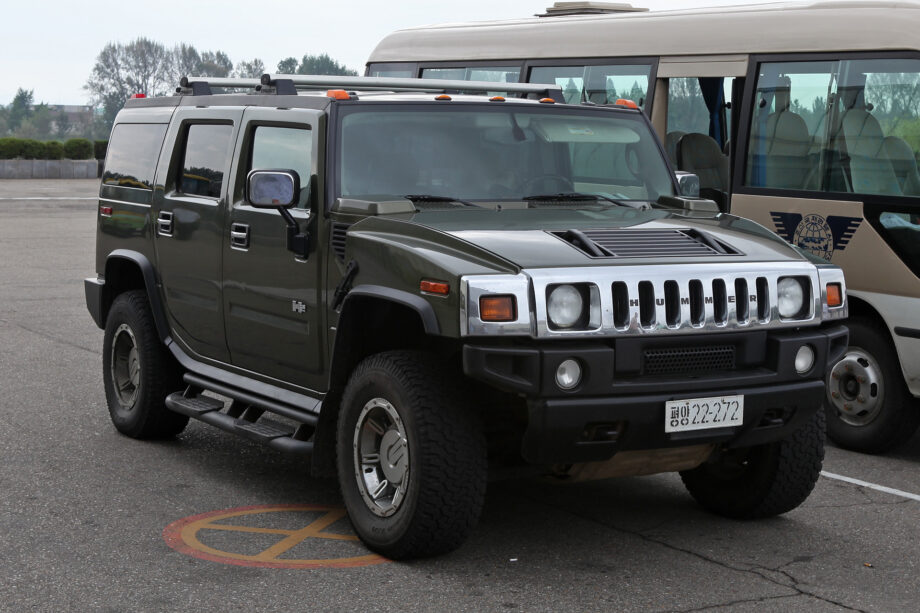 Produced by General Motors from 2002 to 2009, the Hummer H2 was an SUV based on a small truck as opposed to the military Humvee that inspired it. Powered by a Vortec V8, the H2 is one thirsty beast, gulping a whopping 26L/100km. Image: Wikimedia Commons

While North Korea does produce a small number of vehicles domestically – mostly derivatives of designs made by other manufacturers, such as Fiat, Hyundai and Mercedes-Benz – the vast majority of vehicles on their roads are imports, most of which have come through China or Russia. One commenter in the Facebook group, a scholar of North Korea, shared some insights into how this all works:

“What happens is that cars are bought at auction in North America and are shipped off to Russia. Especially luxury cars. They usually end up in Vladivostok and then from there a smaller boat will quietly make its way, usually at night, with a handful of cars onboard to a broker in the DPRK…

“Normal people don’t have these cars. They are all military or government or other people of power or standing that are able to get them. The cars are usually written off by some shady dudes a few months later in Russia and they disappear in the DPRK for people to drive around.”

“This is how they have been ‘smuggling’ luxury goods into the DPRK for pretty much ever. America isn’t messing around in those waters. China couldn’t give a shit what comes into the DPRK. So who is going to stop them? Putin? He doesn’t care. He makes money from the guys who are doing the importing and exporting of the cars. So no matter how much everyone is all gung ho about the embargoes, they do nothing to stop the flow of cars and goods coming in from Russia.”

“Also, some stuff comes across the land bridge from China, but that is few and far between because it is more obvious.”

Another explained that North Koreans “like to buy USDM spec because these vehicles are cheap as hell on the international market. They can blame these purchases on the sanctions preventing them from producing their own Pyeonghwa [North Korea’s domestic auto brand] vehicles.” 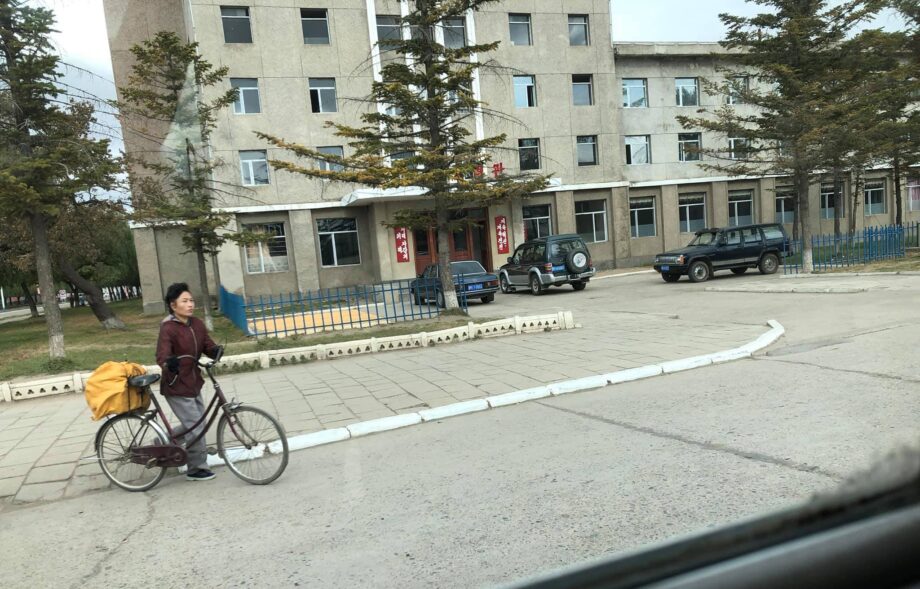 Another photo from Foreign Market Car Sightings, taken from inside a bus in Pyongyang. A Mercedes-Benz W123, Mitsubishi Pajero & Jeep Cherokee can all be spotted out the front of this building. Image: Facebook

North Korea’s not the only country that features an automotive landscape seemingly at odds with its political landscape. Cuba, another famously isolationist communist country, is well-known for the large fleet of classic American cars that call its roads home.

As for North Korea, you can keep your Hummers. We’re more interested in importing rare European station wagons or ‘yakuza spec’ JDM limousines…