This isn’t the first time Australian property has boomed… and it won’t be the last.

FOMO will blow through your hair, punch you in the face, and leave you looking stupid.

It could also make you rich.

Speaking of unlikely occurrences… the desire to become a first homeowner in Australia is still booming.

In these last twelve months of fear and FOMO, as traditional financial markets soared even as the real economy suffered, and as crypto continued infuriating traditional investors and winning over what some have called “morons”, the Australian housing market has also had a ~moment~.

Don’t jump for your auction padel yet though; James Whelan – Investment Manager at VFS Group in Sydney – recently took to Twitter to warn buyers not to get too caught up in the hype.

The trend of skipping building and pest inspections to get property will be taken advantage of by a barely regulated group of unethical sharks.

“The trend of skipping building and pest inspections to get property will be taken advantage of by a barely regulated group of unethical sharks,” Mr Whelan wrote on Twitter.

Mr Whelan also, over the phone, spoke to DMARGE about the differences in how real estate agents and financial advisors are regulated.

Take the sentance, ‘I think you should buy.’ Of that phrase, Mr Whelan told DMARGE: “I can’t say that to most people regarding a $5,000 trade on BHP and yet a 5 million dollar place in Bondi – they’ve got no problem…”

He also mused: “If you brought those requirements in on the real estate side then I think you’d find the market would probably react pretty negatively.”

Victoria-based mortgage broker Scott Baker told DMARGE: “With a lot of FOMO driving the property market surge going on at the moment, buyers could be tempted to take shortcuts and not do their due diligence on things such as pest and building inspections.”

“It’s very important prospective buyers don’t cut corners in these areas as once they are the legal owners of the property and there might issues down the track they would be liable for any costs to repair. This can definitely come back to haunt them!”

RELATED: Australia’s ‘Money Is Cheap’ Philosophy: A Ticking Time Bomb In The Making?

Speaking of haunting… the following 2006 Bondi block photo, dug up on Getty Images by DMARGE, shows the housing market has boomed (and declined) before, and will boom (and decline) again, regardless of whether it keeps on an upwards overall trajectory. 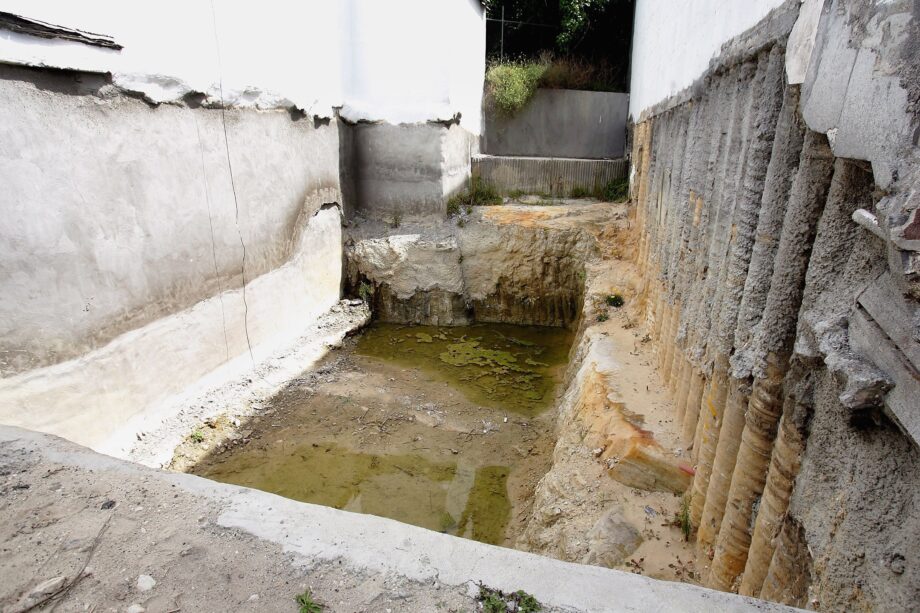 SYDNEY, NSW – MARCH 03, 2006: A block of land lies vacant after auction where it became Australia’s most expensive strip of residential land. The 120 square-metre block, which overlooks world-famous Bondi Beach, sold for AUD $3,520,000 (USD $2,630,000). The block is one fifth the size of an average residential property, and at it’s sale price represents a cost of about $29,000 per square metre. (Photo by Ian Waldie/Getty Images)

Though there is nothing wrong with this block of land (it’s not a warning in the ‘off the plan’ disaster sense), having sold for about $29,000 per square metre, we believe it represents the concept of a housing boom quite well.

Though median prices have gone up since 2006 (nationwide), they have warbled along their way. 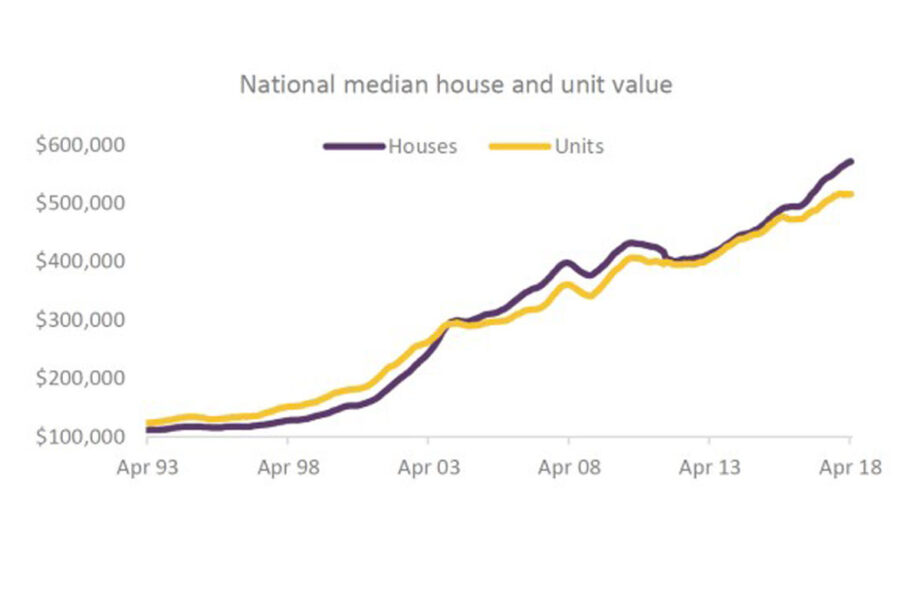 As home lender Aussie points out in its 25 years of housing trends report, “One thing that is certain is that housing markets will continue to move through their cycles, with periods of growth, decline and steady values conditions. History has shown that over time these cycles tend to smooth out the year to year volatility in growth rates.”

The moral of the story? Even if you’re looking at a prime piece of hipster cafe adjacent real estate (not some obscure off the plan CBD tower); don’t take short cuts. The next boom (and the next dip) could be just around the corner.