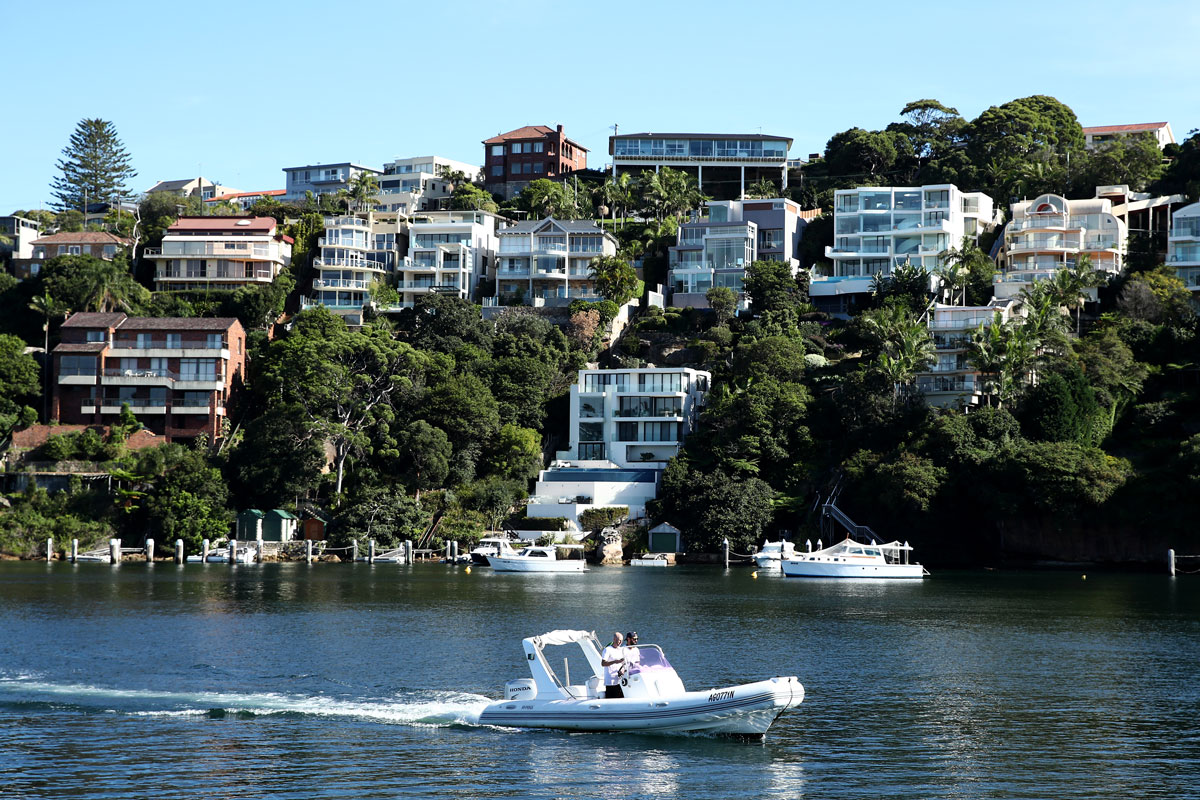 Hunter S. Thompson once wrote: “There is nothing in the world more helpless and irresponsible and depraved than a man in the depths of an ether binge.”

Though it’s not quite the same… We’d like to stretch it an ounce further, and talk about Australia’s housing market.

There’s precious little in the world more helpless than a Sydneysider in the depths of housing market FOMO… especially when the chips are stacked against them.

Do we exaggerate? You be the judge.

Speaking to James Whelan – Investment Manager at VFS Group in Sydney – DMARGE recently learned there is a big difference between how financial advisors and real estate agents are regulated.

While at first glance you might think, “fair enough, they are very different industries,” dig deeper into how significant a purchase property is in most people’s lives, and how the property market affects us all when it tanks or flies, and you might be prompted to think again.

“As a financial advisor to reach our clients – mums and dads – I’m required to do 40 hours of professional education and development every year, sit various tests and do all sorts of mandatory bits and pieces. There is also a complaints process so that should I advise a retail client incorrectly, potentially I could be banned from the industry for a very long time and lose my livelihood,” Mr Whelan told DMARGE.

The property advisory market, meanwhile, “Is not subjected to the same level of education or stringent requirements you need to advise people and yet they are advising mums and dads and young people on the biggest investment of their entire life.”

This is particularly risky in a climate where more and more Australians want to get in on property market action.

Take, for instance, the phrase, ‘I think you should buy.’ Mr Whelan tells us: “I can’t say that to most people regarding a $5,000 trade on BHP and yet a 5 million dollar place in Bondi – they’ve got no problem…”

“It does really seem that it’s like a stack of cards but one that doesn’t seem like ever coming down.”

“As an investor in things in this nation, it would be nice to have young people buying a home and filling it with stuff – new stuff that they buy – [instead we have] old people buying investment properties at cheap money and renting it out.”

“The ownership of your own home is the fundamental requirement of a good strong economy.”

Mr Whelan also reckons some Australians are being taken advantage of right now, recently taking to Twitter to warn against a risky new trend.

The trend of skipping building and pest inspections to get property will be taken advantage of by a barely regulated group of unethical sharks.

“The trend of skipping building and pest inspections to get property will be taken advantage of by a barely regulated group of unethical sharks,” Mr Whelan posted to Twitter in April, promoting comments from other Twitter users like: “Looking forward to the ‘I bought a house riddled with termites, agent didn’t tell me, what recourse do I have?’ posts on the Facebook groups.”

Looking forward to the “I bought a house riddled with termites, agent didn’t tell me, what recourse do I have?” posts on the Facebook groups.

DMARGE has contacted the ACCC for comment regarding the number of complaints of this nature seen of late. We are yet to receive a response.

According to the Housing Industry Association (via Trading Economics), “Australia’s new home sales soared 90.3 percent month-over-month to the highest since 2004 of 9,691 units in March 2021, after a 22.9 percent growth a month earlier, boosted by the HomeBuilder scheme, along with low-interest rates changing population dynamics and improving market confidence.”

That’s a lot of houses and a lot of money. And – as DMARGE has reported various times over the last 12 months – a lot of FOMO.

Even though Australia’s housing market has been having a ~moment~ as of late, the debate over “puffery” in the real estate sector has been going for decades.

In 2009, speaking to the Sydney Morning Herald, the acting chairman of the Australian Competition and Consumer Commission, Peter Kell, said people were sick of visiting advertised homes only to find the best features had been exaggerated and the worst ignored.

He said, according to the Sydney Morning Herald, there would always be some form of puffery in the industry, but sometimes it went too far.

“Silence or omitting information can also be just as misleading as any other sort of behaviour.”

“Agents found to have misled potential buyers through inaccurate or embellished descriptions face penalties of up to $22,000 for individuals and $110,000 for companies,” the Sydney Morning Herald wrote in the 2009 article. “They cannot avoid liability by claiming the buyer should have made reasonable inquiries and checked the information provided.”

“The ACCC received 833 complaints or inquiries about real estate agents in 2007-08, compared with 551 the previous year,” the Sydney Morning Herald reported, in the same article from 2009.

Jumping back to 2021…  at the time of writing, the ACCC states on its website that it is unlawful for real estate agents to:

Six changes to the laws that regulate NSW’s real estate and property industry agents, it should be noted, came in on the 23rd of March 2020. As The Lawyer Mag reported at the time: “The new regulations get stricter and more specific in making sure that the agents disclose the necessary details and facts to a prospective buyer.”

Still: Australians – particularly those in booming cities like Sydney – are best advised to play things safe. Nasty surprises with your property aside, even if everything (bricks and mortar wise) goes swimmingly, there’s still the matter of debt.

“It’s a cold reality of Sydney’s white-hot property market and experts are warning it could land newly minted homeowners in trouble,” the ABC reported in March 2021.

“Buyers are being urged to not be swept away by the Harbour City’s housing surge that saw prices increase by 2.5 per cent last month – the equal highest level in the country.”

“It’s prompted a warning some people could be taking on more debt than they can handle,” the ABC reports, with The Reserve Bank reportedly currently monitoring financial institutions to ensure they’re not lending out too many dollars.

Want more tips on how to stay safe and stay savvy? Check out the articles below.