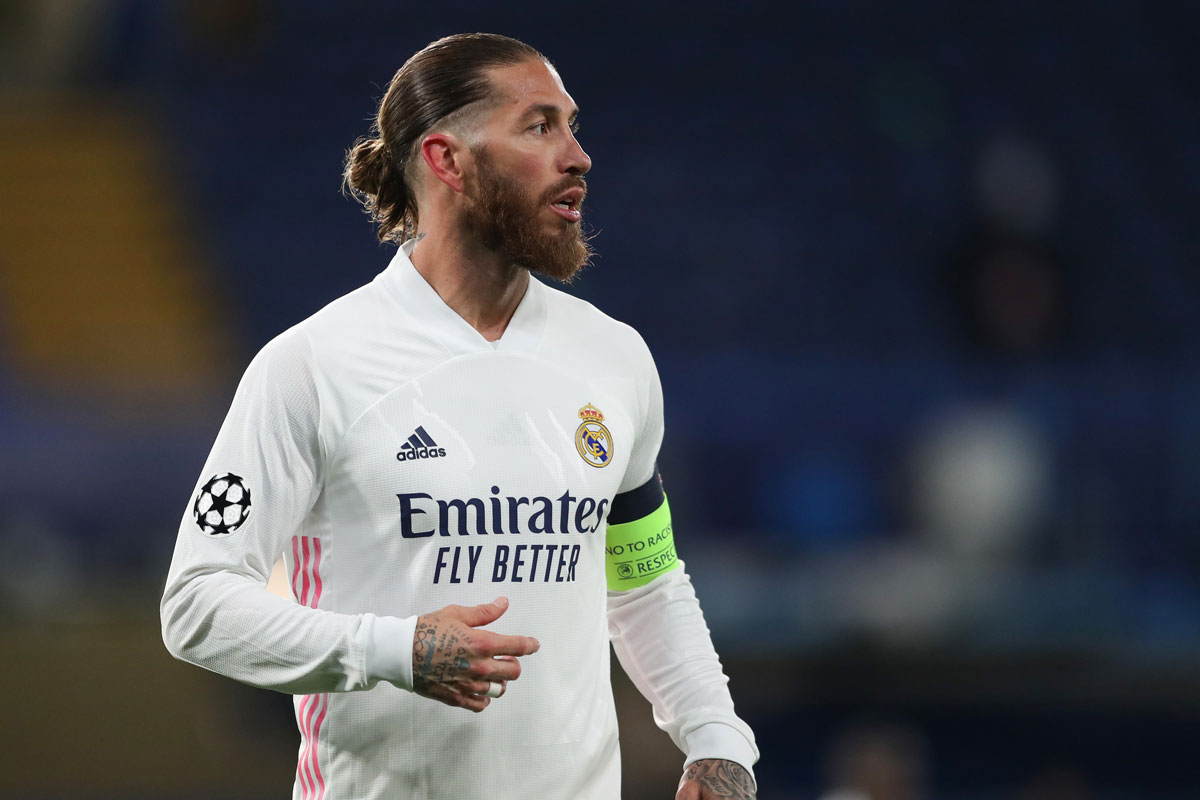 In every gym there are official rules which are ignored (no towel, no train) and unwritten rules that are adhered to (don’t make eye contact with someone when they are using the glute machine).

Another taboo we seem to have is not doing extreme exercises in the stretching/freeweight area, for fear of being a nuisance. The irony? This is exactly what this part of the gym was built for.

Throwing a medicine ball directly into this taboo’s pelvic floor, Real Madrid icon Sergio Ramos has this morning taken to Instagram to share a workout that is liable to shake the earth’s core.

Simply captioned with the bicep emoji (times 3, no less), the video shows the 35-year-old centre back throwing a somewhat squisky looking medicine ball as hard as he can (it appears) at the ground, from a starting position of it being directly over his head.

This exercise works your core, legs and arms.

Slathering comments rolled in as per usual complementing the Los Blancos captain, including the likes of “slaying” and “king.”

Other commenters urged him to join their clubs (“welcome to PSG”) while others begged him not to leave Real Madrid (“DON”T LEAVE”).

Ramos has had a few injury issues this season, and came back into the team for the Champions League game they played against Chelsea (and lost). He did not start in last weekend’s game against Athletic Bilbao.

He does appear to be well on the road back to full fitness though.

In fact, according to Miguel Angel Diaz of El Partidazo de COPE, Ramos will reportedly make his return just in time for this weekend’s crucial season-closing match against Villarreal.

Diaz’s Tweet states Ramos has recovered from tendinosis in his left leg muscle and will begin training with the squad on Wednesday.

La Liga’s title race will be decided this weekend, when Real host Villarreal and Atletico travel to Valladolid.

As for what happens after that for Ramos? Marca reports: “Ramos is staring the end of a 16-year career at Real Madrid in the face, with his contract set to expire at the end of June. The 35-year-old is desperate to secure a two-year extension to his current deal, while Florentino Perez is only willing to offer him a one-year contract.”

“One side has to budge eventually but, if they don’t, Ramos will leave Real Madrid this summer.”

Whatever ends up happening, he looks poised to be in damn fine shape.