Is This Seth Rogen’s Coming Of Age Men’s Fashion Moment?

Seth Rogen might not be the first name that comes to mind when you’re looking for men’s fashion inspiration, but it bloody should be.

The 39-year-old actor/comedian – who’s built a career out of writing and starring in stoner comedies like Pineapple Express and Sausage Party – has seriously upped his style game in recent years, ditching the ratty flannels and hoodies he used to rock for dapper suits.

His latest look might is his best yet, and really represents a ‘coming of age’ moment for the previously somewhat slovenly Canadian star. On stage at the MTV Movie & TV Awards, Rogen looked like a million bucks in a toasted plum velvet suit from Italian fashion house Etro, which he paired with an electric pink shirt that even notorious celebrity style writer Evan Ross Katz has described as “absolutely delicious“.

It’s a truly winning look that speaks not only to the maturation of Rogen’s style but also to the growing popularity of pink as a formalwear colour palette. 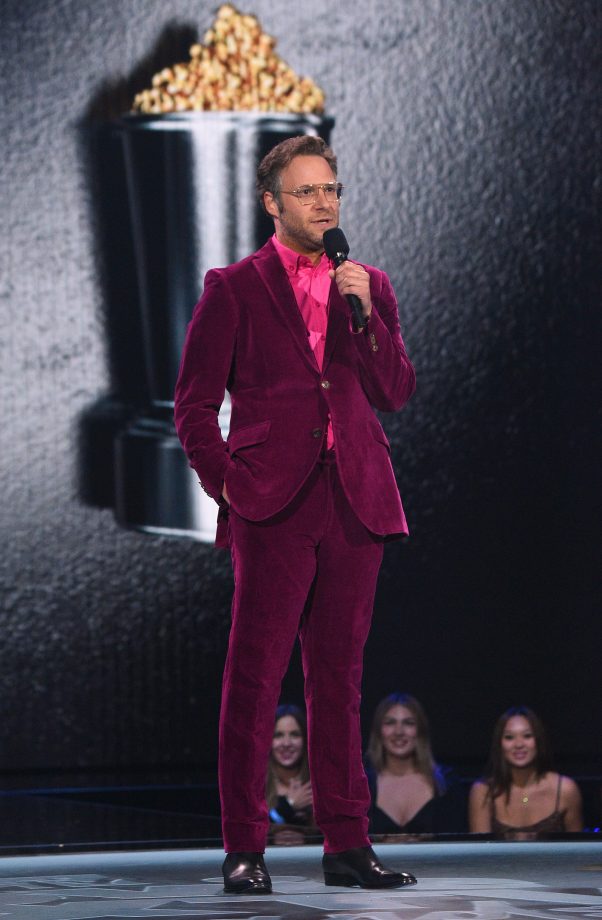 When it comes to suits and cars, men tend to be quite conservative when it comes to colour. Just like how most cars you see on the road are white, black or silver, most suits you see are black, blue or grey.

Increasingly, however, men are choosing to be a bit more experimental with their suit colours, even in formal situations – with pink seeming to be the new colour de jure in particular. Like most style trends, it’s something that celebrities have been championing: just take a look at John Legend or Justin Bieber. We wonder if Rogen’s plum palette will be something others will try and emulate, too…

Rogen took to the stage to honour legendary British funnyman Sacha Baron Cohen with the Comedic Genius Award (another man not afraid to break the mould when it comes to suit colours). As for his own endeavours, he’s been working as an executive producer for the critically acclaimed Amazon Prime adult animated superhero television series Invincible.