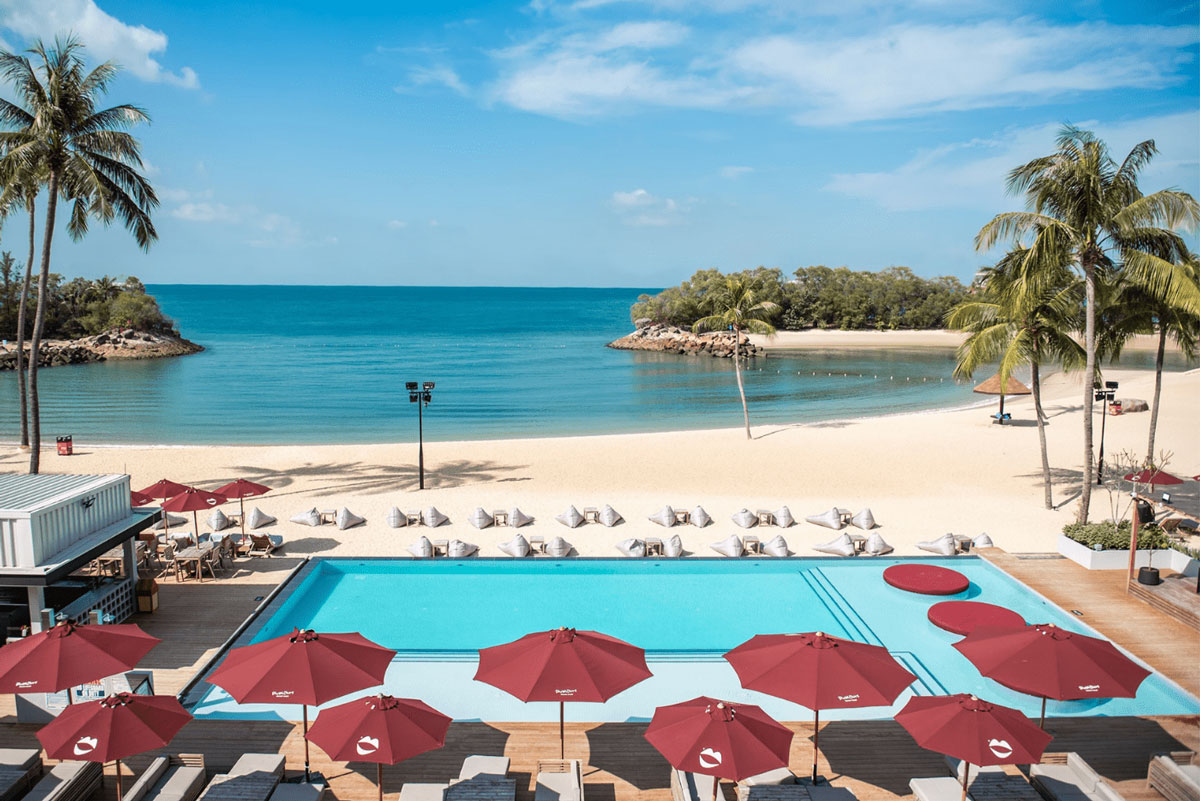 When you think of Singapore you think of skyscrapers and street food. But there’s more to the city than finance and pho – Singapore is home to a sunny island called Sentosa, which may become the first tropical escape Australians are permitted to travel to this year.

Though nothing has been confirmed, Singapore has been reported as a strong contender for Australia’s next travel bubble.

If that happens (“The bubble is believed to be happening in July, 2021,” Traveller reports), places like Sentosa – Singapore’s premier island resort getaway – could have many cocktail-coveting Australians’ wallets opening.

“Popular attractions among business and leisure visitors include Wings of Time – an award winning night show, the iconic Sentosa Merlion, as well as Madame Tussauds Singapore.”

RELATED: I Went To Bali’s Most Famous Day Club. It Was A Complete Disaster

Tanjong Beach Club’s blurb reads: “Designed to straddle the line between indoors and outdoors, the beach club takes its cue from the seaside homes of yesteryear, mid-century modernism and nostalgic maritime influences.”

“On weekdays, it is a peaceful hideaway from Singapore’s concrete jungle, offering a slice of tropical paradise mere minutes away from the heart of the city.”

“Over the weekends, the club transforms into a celebration of vibrancy and living a life more carefree. Take your pick from the lively string of parties running all year round, adorn yourselves with specially curated accessories from The Beach Shop and prepare to dance the night away.”

Keen? According to Traveller: “As reported in The Sydney Morning Herald and The Age and confirmed by both governments, Singapore and Australia are discussing an air travel bubble, allowing residents to travel between countries without the need for quarantine” and “reports indicate a COVID-19 vaccination will be a condition of travel.”