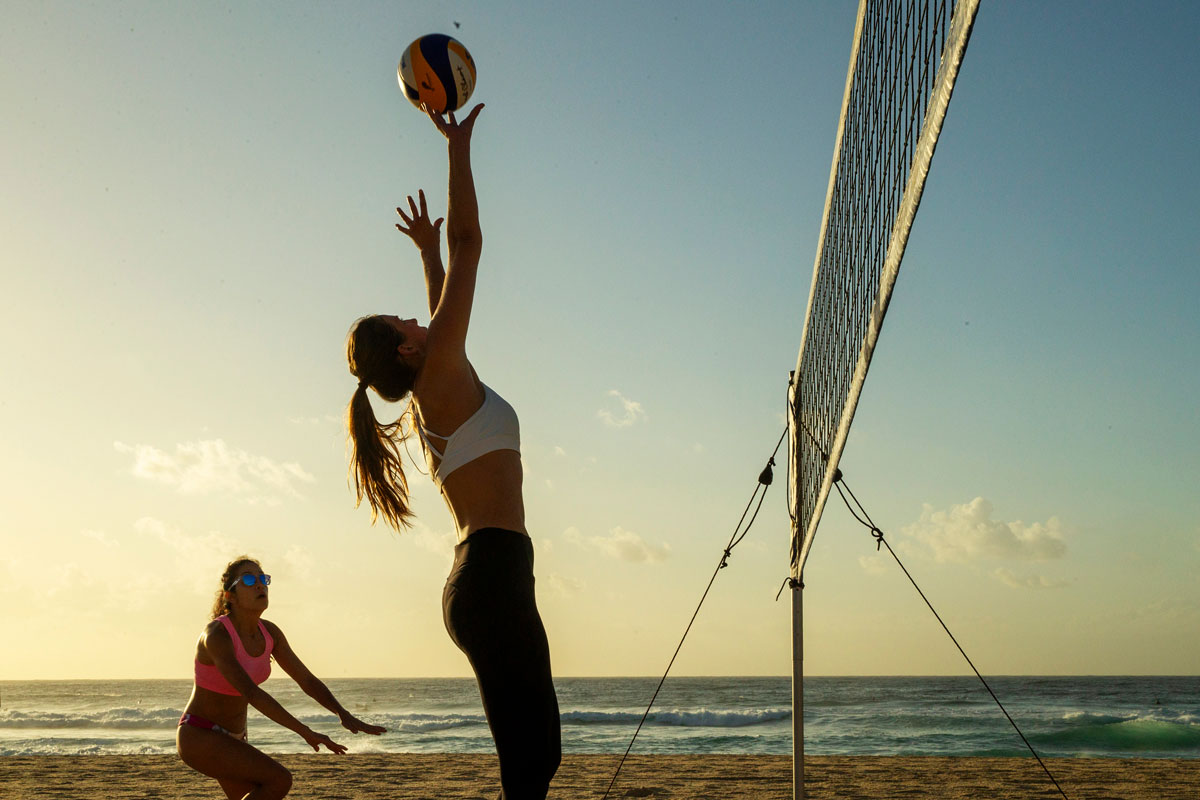 Spit out your Peroni, burn your boardshorts; stomp on your designer sunnies: calls for Waverley Council to ban beach volleyball from Bondi and Tamarama are gaining momentum.

It’s the most un-Eastern Suburbs thing ever.

Call us idealists, but one of Bondi’s defining features is its mix of briefcases and backpackers (something captured magnificently by Instagram accounts like @onlyinbondi).

But take away the fun and all you have is sand and concrete.

That’s seemingly what some desire, with news.com.au reporting: “residents raised concerns the sport is too dangerous for the popular beaches amid fears children could be hit by a flying volleyball.”

Others reckon it’s worth the risk.

Waverley Council has put a feedback form online to see which way the wind is blowing.

“Concerns have been raised by members of our community regarding the location of beach volleyball courts and compliance with council’s rules of play,” a spokesman for Waverley Council said.

The council is enquiring as to whether players are following existing rules, whether those rules need to be changed, and whether the number of courts needs to change.

The consultation process will finish on May the 17th. 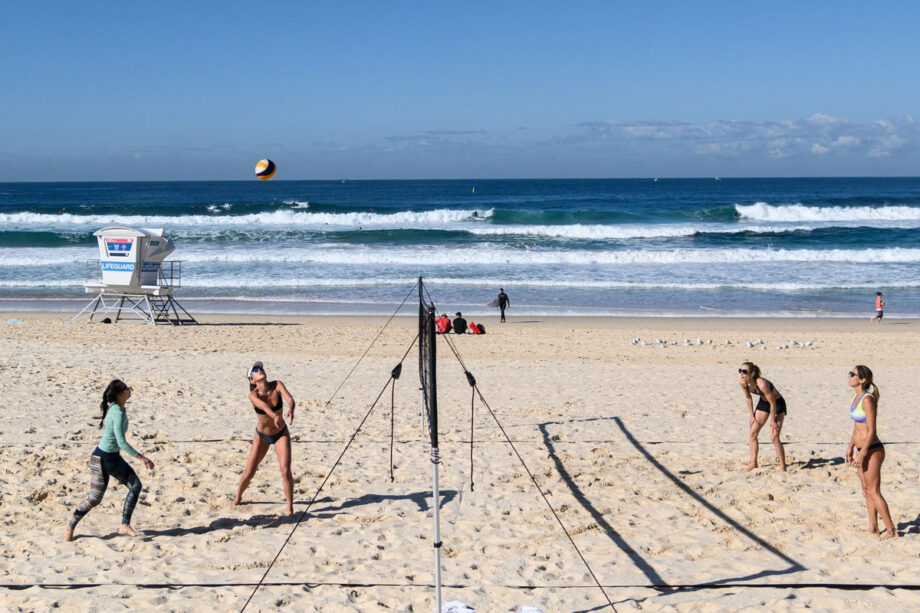 Underneath the reporting of the news on news.com.au’s Facebook page, one social media user wrote: “Sounds like fun police are at again. If they are worried about a ball hitting their kids then perhaps control your kids.”

“Leave it be and allow beach goers to have fun for crying out loud.”

Another wrote: “The concern is the number of courts on some days and whilst it does not bother me I was asked to sign a petition.”

“When there are 2 maybe 3 courts at Tamarama it looks good but on the days when you see 6 or 7 and that does not happen often locals are being hassled wanting to access the beach.”

This user was in the minority though. Most said the proposal was ridiculous. Many characterised the residents behind it as rich old snobs.

“Tell these people to stay off the beach, then they will be safe. They might be worried they will drown in the water, so it is in their best interests to avoid the beach at all costs!”

“Swimming is dangerous as kids might drown.. quick let’s protest about swimming at the beach…( this pathetic excuse as what might happen ) is ridiculous…..”

“I don’t live anywhere even near Bondi but they don’t need that crap there it’s a beach for all to use not some richyrich snobmob.”

Olympic gold medalist Kerri Pottharst spoke to the Daily Telegraph about the saga, “slamming” the call.

Another Facebook user, on the Amalfi Coast Bondi Facebook page, which also shared the news, wrote, “You guys must know that anything slightly progressive or fun WIILL NOT BE TOLERATED, EVER!”

“There is a push by some to ban beach volleyball at Bondi,” it read. “Please fill in this Council survey to support the continuation of volleyball on the beach. Let’s show Waverly Council the majority of Australians are culturally diverse and tolerant.”

“Don’t let a minority dictate how the rest of us enjoy the beach, even if you don’t play volleyball yourself. Volleyball ads vibrancy and there is plenty of room for us all on the sand. The beach belongs to everyone. Please hurry as the survey closes on 17 May 2021.”

The link to the petition can be found here.

This isn’t the first time Bondi’s peculiar mindset and community attitude has come under the microscope. As DMARGE reported last year, the suburb has become the Sydney media’s perennial punching bag.

Convinced not everyone who lives in the Eastern Suburbs is a smug bastard, DMARGE has previously called Dr Lars Madsen, a clinical psychologist who sits on the board of the mental health charity The Mindshift Foundation, to understand the psychology of living in Bondi.

Lars told us living in a suburb with a reputation can affect you: “What we know is that as people… we are constantly comparing ourselves to other people no matter whether we like it or not.”

RELATED: Psychologist Explains The Mindset Of Living In Bondi

“The same way if you’re in a culture where people are taking drugs, drinking alcohol, not working, we kind of drift that way as well in terms of our attitudes – there’s lots of psychological research that shows that [this] happens – the environment affects people’s behaviour.”

“Absolutely,” Lars told us. “But it depends on who they associate with and who they identify with – if they go to a different area where they are surrounded by different attitudes and different people… then people will gravitate to the norm of that mindset and the people around them.”

In terms of Bondi specifically? “Yes, I think so. I think people go and live in Bondi and have an expectation that it is something and that maybe affects how they are, and how they interact with others – probably just like people go to Toorak in Melbourne much the same way.”

The irony is that though Bondi is usually slammed for being rich, arrogant and homogenous, it’s now making headlines for being divided (and for standing up for #thepeople).