From Stuttgart to Summernats. 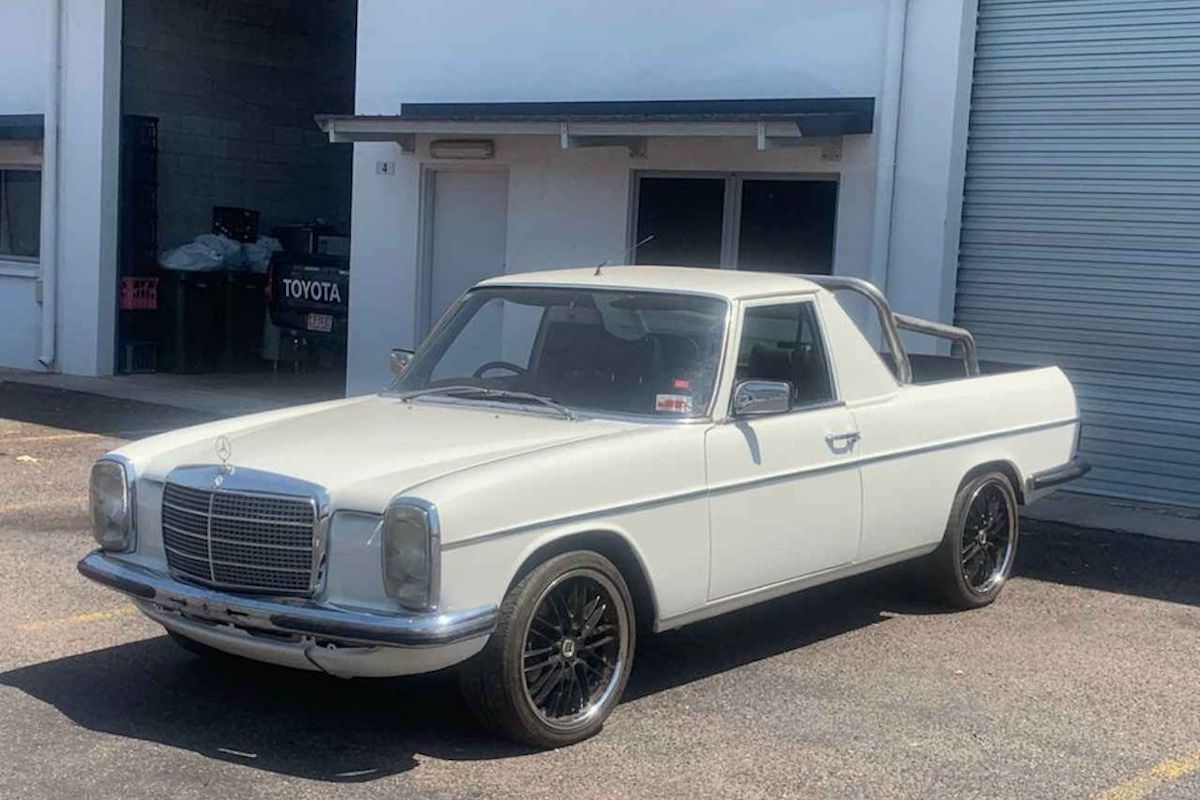 Mercedes-Benz are well-known for making capable commercial vehicles like vans and Unimogs as well as high-end luxury cars, but utes have been something sorely missing from their Australian offerings.

Of course, they did offer the X-Class for a few years between 2017 and 2020 – but that was just a glorified Nissan Navara, and it sold remarkably badly (not only in Australia but globally). Besides, it wasn’t a ute, it was more of a truck. For real automotive purists, a ute is a small, car-based vehicle, not some jacked-up brodozer.

Thankfully, one enterprising Northern Territorian has made every Aussie’s dream of a fair dinkum Mercedes ute come true. During a casual dig through Australia’s Facebook buy/sell/swap groups, we were delighted to come across this 1974 W114 for sale in Palmerston that’s been elaborately modified into a proper ute that wouldn’t look out of place in a lineup with old Holden One Tonners and Ford Falcons.

Forget shrimp: we’ll slip an extra bratwurst on the barbie for you. 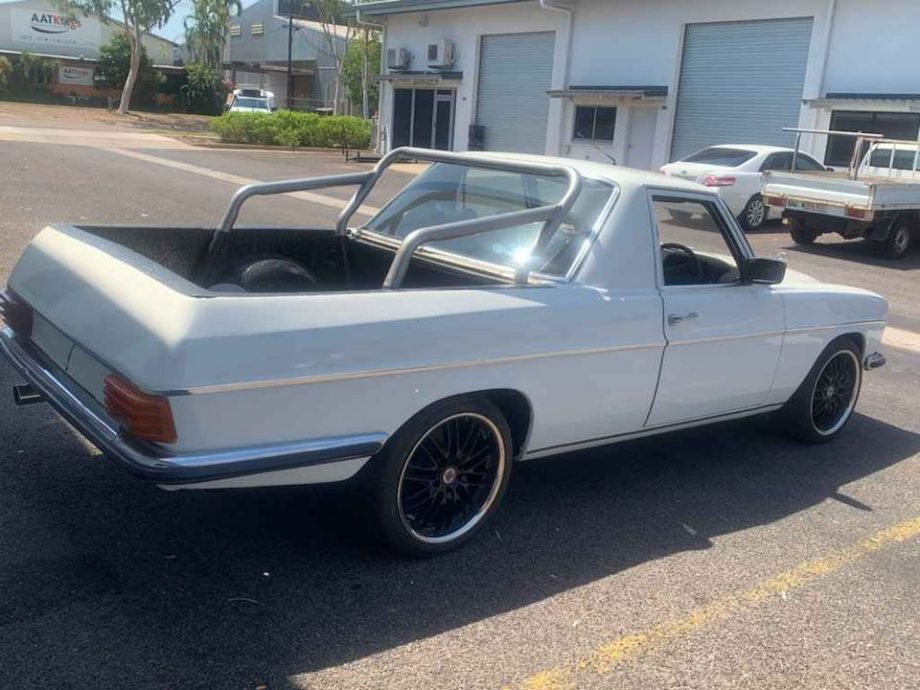 The W114 was a front-engined, rear-wheel drive executive car produced from 1968 to 1976, preceding the legendary W123 and the ancestor of what would become known as the Mercedes-Benz E-Class line. The W114 (and its slightly less powerful but otherwise identical sibling, the W115) was an incredibly successful vehicle, with Daimler-Benz making almost 2 million of the things over those eight years of production.

While the car was available as both a coupe or a sedan, this example probably started life as the latter. Gone are the rear two seats and in place is a small but no doubt useful ute tray, complete with a roll-over bar and heavy-duty bed liner.

Under the bonnet is the original carburetted M110 straight-six engine with what appears to be an aftermarket air intake. Back in the day, these made around 107-118kW, but with this example’s extreme weight loss thanks to the ute conversion, it might be making a little more than that – assuming not too many horses have escaped that engine since the 70s…

The seller claims it’s “fully engineering and complianced” and “presents beautifully with cold factory aircon and mags” – although if it was up to us, we’d swap out those modern-looking mags for some classic steelies we could throw a Mercedes diamond dog-dish hubcap over. 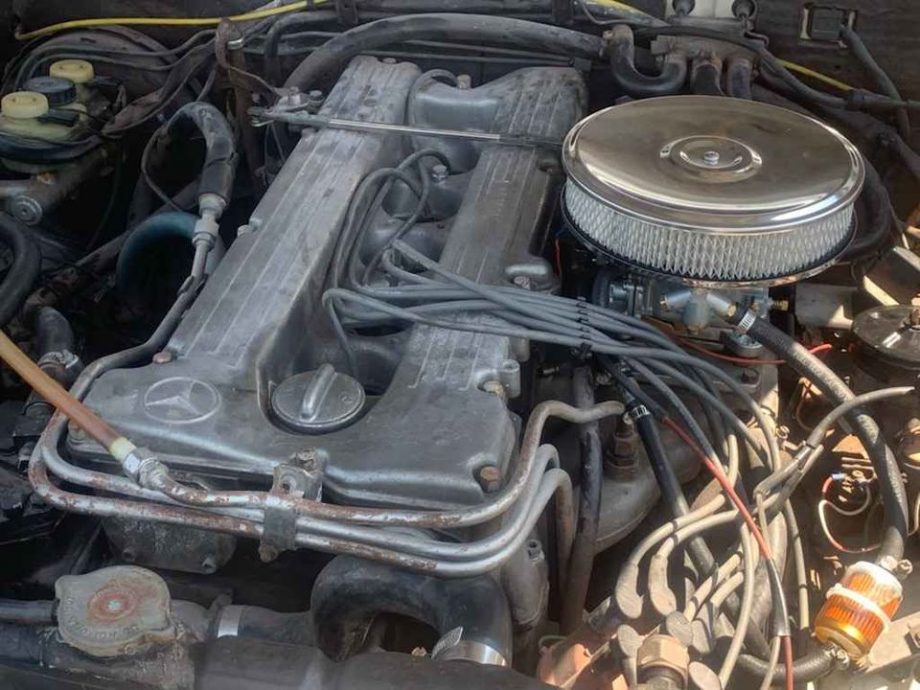 They’re asking $16,500 for the thing, which all things considered is an absolute bargain. It would have cost thousands to turn this thing into a ute – money well spent in our opinion; the quality of the conversion is impressive – and you’d probably expect to pay that much for a nice W114/115 anyway.

Besides, can you really put a price on something as novel as a vintage Merc ute?