“I look like Arnold Schwarzenegger in a black hummer.” 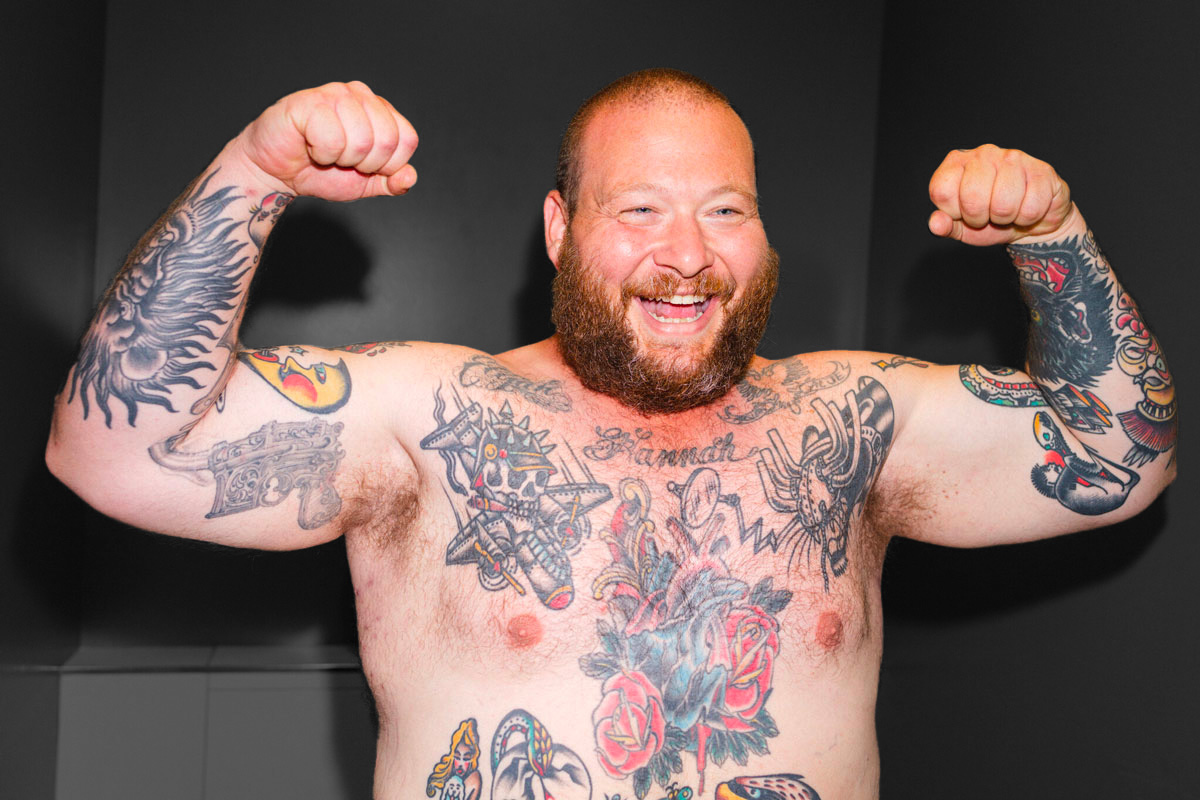 He has interviewed the likes of Mario Batali, Andrew Zimmern, Daniel Boulud, Rick Bayless, Grant Achatz on his shows and in September 2017 published his first book, based on his travel show (a cookbook, also entitled Fuck, That’s Delicious). In May 2021 he published another book called, F*ck It, I’ll Start Tomorrow.

F*ck It, I’ll Start Tomorrow is an original and empowering memoir (with a bit of self-help thrown in). In the book Bronson talks about his struggles with weight, food addiction, and the journey to self-acceptance, sharing all that he’s learned in the past decade.

“This isn’t a road map to attaining a so-called perfect body. Instead, Bronson will share his journey to find confidence, keep the negative vibes at bay, stay sane, chill out, and not look in the mirror hoping to see anyone but yourself,” Booktopia states.

“F*ck It, I’ll Start Tomorrow is not about losing weight – it’s about being and feeling excellent regardless of your size or shape. It’s about living f*cking healthy, period.”

On that note: the 37-year-old has been putting his money where his mouth is lately, still enjoying his food and living his life, but working out like a man possessed in order to create some balance.

The result? The following transformation photo, posted to Complex.

Posted to Instagram on Monday, the image shows Bronson looking dishevelled and pained on the left; happier and healthier on the right. There are also two videos that show him working out to some hectic salsa music.

Another wrote: “Good effort man. He loved his food and booze and weed. All about balance.”

Bronson’s Instagram page lately has been popping with lots of workout videos, giving followers an insight into how he is achieving his gains.

One, posted on May the 12th, simply reads: “THINGS ARE HAPPENING,” while others show the workouts Bronson is doing.

… he is truly getting after it.

Bronson has also posted flashbacks, which show how far he has come.

Since the beginning of the pandemic, Bronson has lost about 130 pounds (59kgs), from a high of around 375 (170kgs), The New York Times reported in March.

“I was eating like I was a child, like I was a growing boy, anything in sight,” Bronson told The New York Times. “I felt good, but I knew I wasn’t in a good place. I could barely fit in this chair. My stomach would catch on the sides.”

“The same gusto and all-consuming fixation he has long brought to eating, Bronson now brings to his regimen: constant workouts, Spartan meals and just the barest helpings of rich food, when his TV work demands it,” The New York Times reports.