The sand is not always ‘shinier’…

Australians have finally discovered there is more to Down Under than holidays up and down the coast. Though some took full advantage of this before The Bat Kiss, in the last 18 months we’ve seen an explosion of domestic travel, along with more new trends than you can throw a wood-panelled Toyota Hiace at.

Amid this, various destinations are now being glamorised on Instagram. From this Mornington Peninsula clifftop spot being likened to Greece to this stunning Great Ocean Road cove being likened to Polignano a Mare (not to mention this Port Stephens island being compared to Crete), there have been plenty of ‘Europe alternatives’ to keep Australians from missing their Old World sojourns.

On that note: another secluded Aussie cove appears to be blowing up on Instagram: Victoria’s Black Rock beach. Rather than provide yet another sign we should be telling our politicians to hurry up and fix our border situation ASAP (there are other good reasons for this, but that’s not what this article is about), however, we reckon it shows why Australia should think twice before over hyping overseas tourist destinations.

Why? Because Instagram (and golden hour lighting) can make anything look good. Something which has happened both in the above instance and in our national tourism myth-making about Europe.

Take the following images, for instance – though they make Black Rock Beach look like some exotic ‘slice of Italy’ or ‘curious cove of Greece’…

… other photos from the exact same place, show it looking like a pretty standard stretch of sand. Besides: it’s not even that far away from the city.

A post shared by Dr Who, Dr Lulu 🤓 (@ladylouiseloves)

On top of that, though they may look photogenic, and though you may romanticise them due to the carefree times you had over there, guess what? The reason you had so much fun on Europe’s beaches wasn’t because of anything special in the sand. It was because you were on holiday.

Also: when you think about it, our beaches are actually more comfortable, because they are usually more sandy – something perfectly illustrated by the following photo, which shows tourists sunbathing on a beach made of black volcanic rock at Playas de Granadilla on March 25, 2011 in Tenerife, Spain. 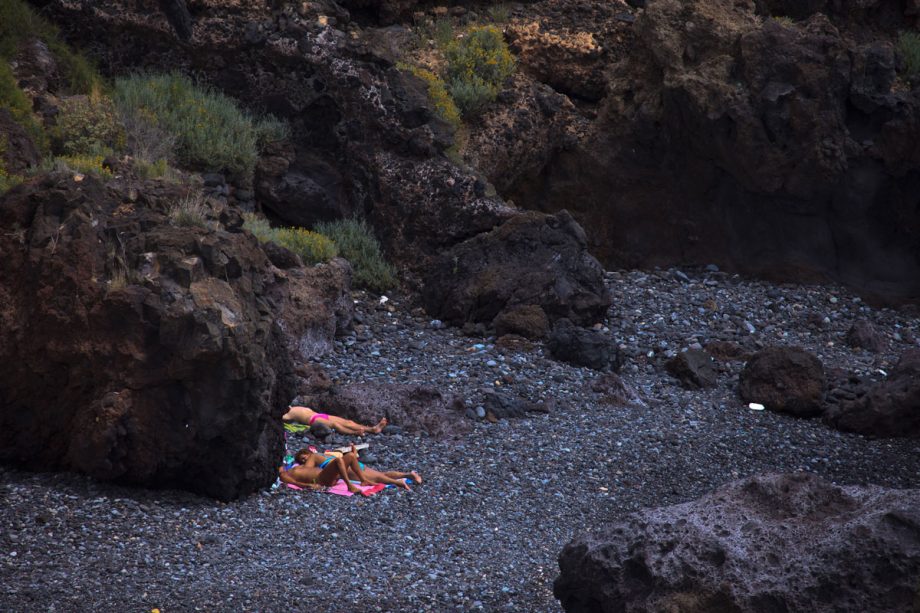 The takeaway? There will probably always be an element of ‘the sand is always shinier’ in the travel industry, and that’s ok. But also: it’s good to know there are fun times to be had where you live too – you just have seek out people who are on a ‘let’s have fun’ wavelength rather than a ‘don’t talk to me I’m trying to sort out my life admin this weekend’ one.