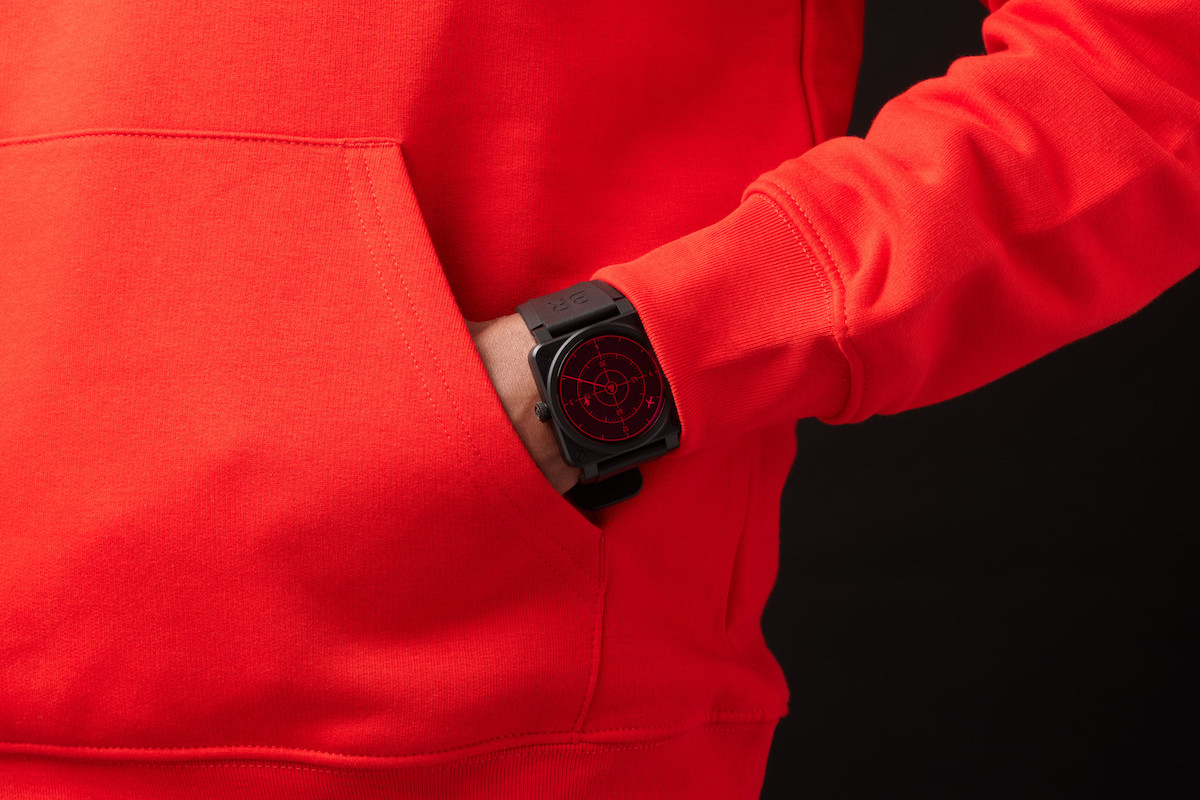 Missing the thrill and glamour of international air travel in 2021? Maybe you’re an aviation buff who’s a sucker for flight instruments. Or maybe you’re a watch nerd who’s looking for something different to add to your collection.

Never fear: quirky French luxury watchmaker Bell & Ross has you covered with their new limited-edition BR 03-92 Red Radar Ceramic (ref. BR0392-RRDR-CE/SRB): a striking timepiece that upends horological convention while paying homage to the high-tech world of aviation that inspired the brand’s genesis back in 1992.

This is the second version of the Red Radar Bell & Ross have produced. The first iteration of this piece debuted at Baselworld 2011, and immediately caused a stir thanks to its uncanny resemblance to an aircraft’s radar screen. This version introduces a new spin on the formula – a ceramic case, hence the name – as well as further refining the innovative display system that made the original Red Radar so appealing.

Instead of hands, the Red Radar Ceramic features two rotating concentric discs: a passenger plane travels on the large, outermost disc, showing the hours; and a fighter plane flies on the smaller, inner disc, displaying the minutes. A slim, analogue central hand accompanies these two planes, showing the seconds. Graduations incorporated into the red-tinted sapphire crystal allow you to tell the time in a surprisingly intuitive yet unexpected fashion. 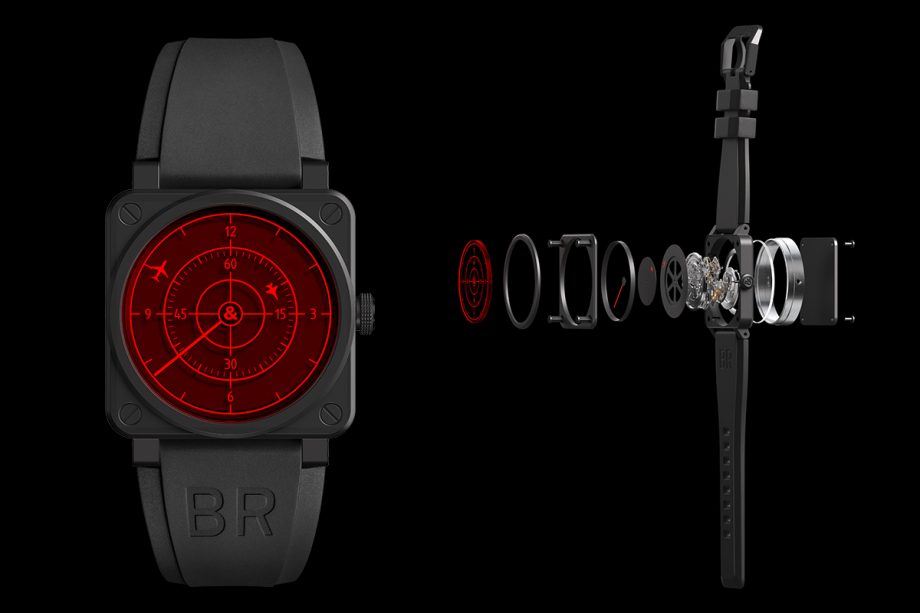 A closeup of the watch, plus an exploded view of its internals, including its BR-CAL.302 movement. Image: Bell & Ross

While the display is unconventional, the rest of the Red Radar Ceramic is pure Bell & Ross. You’ve got that iconic square case, this time with a 42mm diameter; 100m of water resistance – befitting of a true instrument watch; and a choice of either a chunky rubber strap or an ultra-resilient black synthetic fabric strap.

Its unique BR-CAL.302 movement features a 38-hour power reserve despite the added complexity of the unique display system: a testament to the quality of Bell & Ross’ Swiss manufacture in La Chaux-de-Fonds, Canton Neuchâtel.

Limited to only 999 examples, the Bell & Ross BR 03-92 Red Radar Ceramic is easily one of the most distinctive watches of 2021 thus far – a real statement piece – and the perfect pickup for anyone craving something a bit different. I guess we’re saying, you should have it on your radar? We’ll see ourselves out.