“Take this guy’s laptop away.”

Luxury fashion is meant to push boundaries and challenge expectations.

Take the infamous Supreme brick from the cult skate brand’s FW16 collection: some people call it stupid, some people call it subversive. Or what about Balenciaga’s $800 Birkenstocks or their Crocs collaborations. Taking the mundane; the kitsch and elevating it as something worthy of desire is a favourite trick of modern haute couture.

But Louis Vuitton – or more specifically, its current creative director, Virgil Abloh – might have gone a bit too far with their latest accessory.

Lookbook images of the French luxury house’s upcoming FW21 have recently emerged, with one accessory standing out as particularly ludicrous: the Louis Vuitton Eraser Necklace. As the name implies, it’s a silver link chain with a monogrammed holster for what appears to be a functional eraser. Oh, and they’re apparently pricing it at 810 USD.

While fashion fans normally have quite an appetite for the quirky, it seems as if this necklace is a step too far for many. 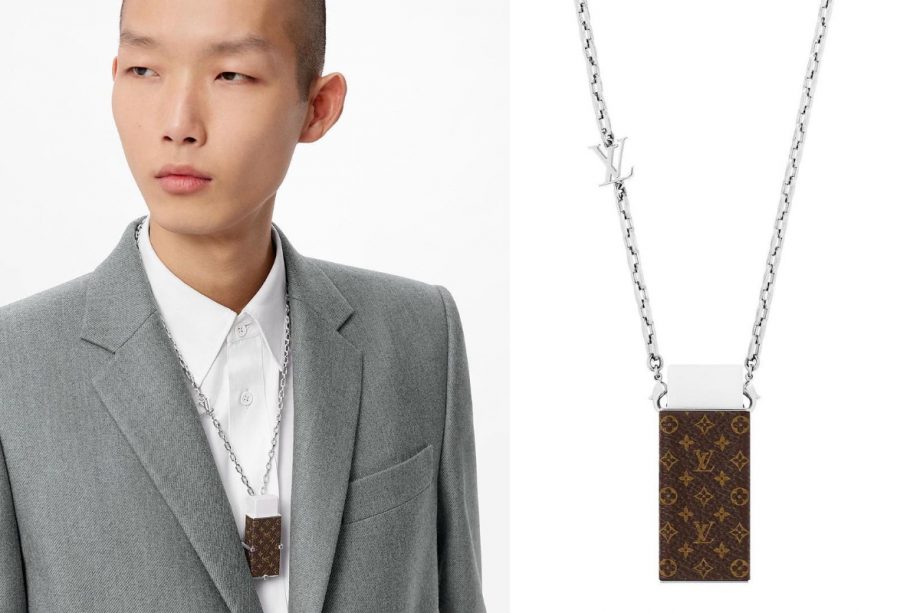 Choice comments on Instagram include “Virgil destroying the LV brand”, “take this guy’s laptop away” and “this is a joke”.

“They need to fire him bruh, he’s not even trying, what use would this have??”

“Rich people don’t deserve money” was another highlight, with others question whether “stationery [is] becoming something to flex now?”

Of course, taking stationary or office artefacts and elevating them to objects of desire has been an essential part of Abloh’s oeuvre. From the iconic red zip ties and ratchet strap belts that made his personal brand Off-White so famous to his paperclip-shaped ‘Office Supplies’ jewellery collection with Jacob & Co., this sort of thing is par for the course for the controversial designer.

LV are apparently also releasing a Pen Necklace in the same style, although we think they’ve missed a trick there: you can’t erase pen ink with a normal eraser! But maybe a No. 2 isn’t quite haute couture enough… Guess you have to draw the line somewhere.