IWC Schaffhausen Unveil Their Most Sinful Watch Ever

Las Vegas goes by many names. The Entertainment Capital of the World. The City of Lights (although isn’t that Paris?) America’s Playground. But the most famous – and perhaps most appropriate – is Sin City.

One of the world’s most visited tourist destinations, Las Vegas is one of the most unique and bizarre cities on the planet. Known for its elaborate casinos and hotels, Vegas is quite unlike any other city in the United States, or any city anywhere. The glitz, glamour and racy character of the town makes it a potent source of inspiration for literature, film, music and even luxury watchmaking.

Enter the IWC Schaffhausen Big Pilot’s Watch Edition “Las Vegas” (ref. IW501014): a surprising horological tribute to the infamous party town which imbues the iconic yet sombre instrument watch with a sense of playfulness and class that we wager you’ll find extremely thrilling. A thrill you might even find a little bit sinful…

The most obvious feature of the Las Vegas Edition is its silver-plated dial. It’s a striking and unusual choice for the minimalist Big Pilot: highly legible yet somewhat luxurious, it fits the character of the timepiece perfectly. We’re surprised they didn’t decide to go full bling for something that’s supposed to celebrate Sin City with a gold dial (or indeed a gold case), but the watch is better for it. 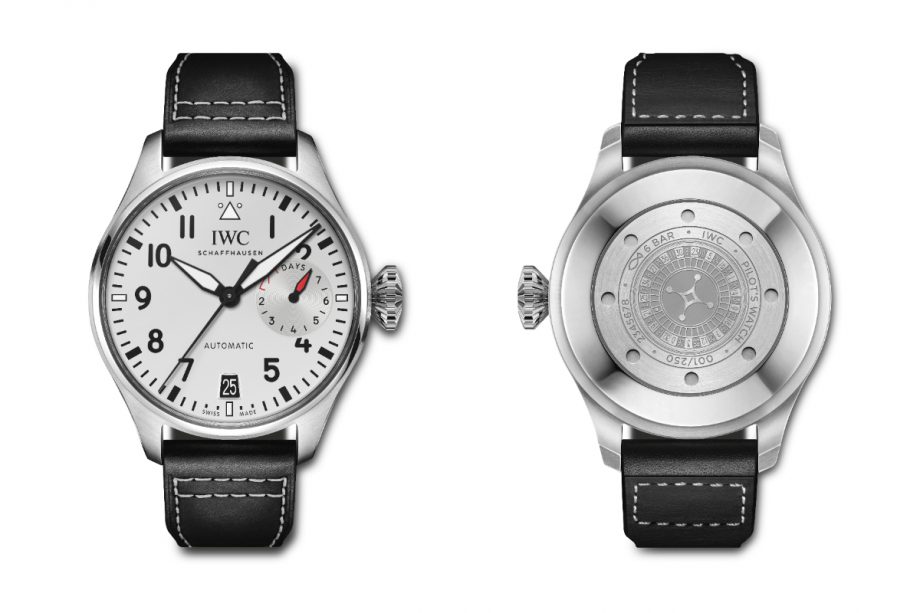 But the unusual dial isn’t the only special thing about this piece. Where most Big Pilots feature a transparent caseback (or a prominent version of IWC’s trademark ‘probus scafusia’ seal), the Las Vegas Edition features an engraving of a roulette wheel – roulette, of course, being one of Sin City’s favourite gambling games.

The roulette theme continues with the date window at 6 o’clock: dates alternate between red and black, with 1 appearing in green. The power reserve hand at the 3 o’clock subdial, too, is filled in with red. Like the caseback design, they’re subtle nods to Las Vegas that’s tasteful enough that even the most flutter-averse horologist can appreciate.

Indeed, that’s the entire thesis of this watch. You could say that the Las Vegas Edition has a poker face… Rather than going gaudy, IWC have exercised restraint and in doing so have produced something that’s really worthy of a collector’s attention. Simply put, it’s an elevated version of the classic Big Pilot we all know and love, with a few additional touches that make it a bit special. So maybe less ‘sinful’ and more ‘singular’.

RELATED: IWC Schaffhausen Unveil Biggest Change Yet To Their Most Iconic Watch

A limited edition of 250 pieces, the Big Pilot’s Watch Edition “Las Vegas” will be available worldwide – you don’t have to go to Vegas to get your hands on one (although don’t let us stop you, high roller). Find out more about this quirky watch at IWC’s online boutique here.