We took the stylish subcompact SUV for a spin. 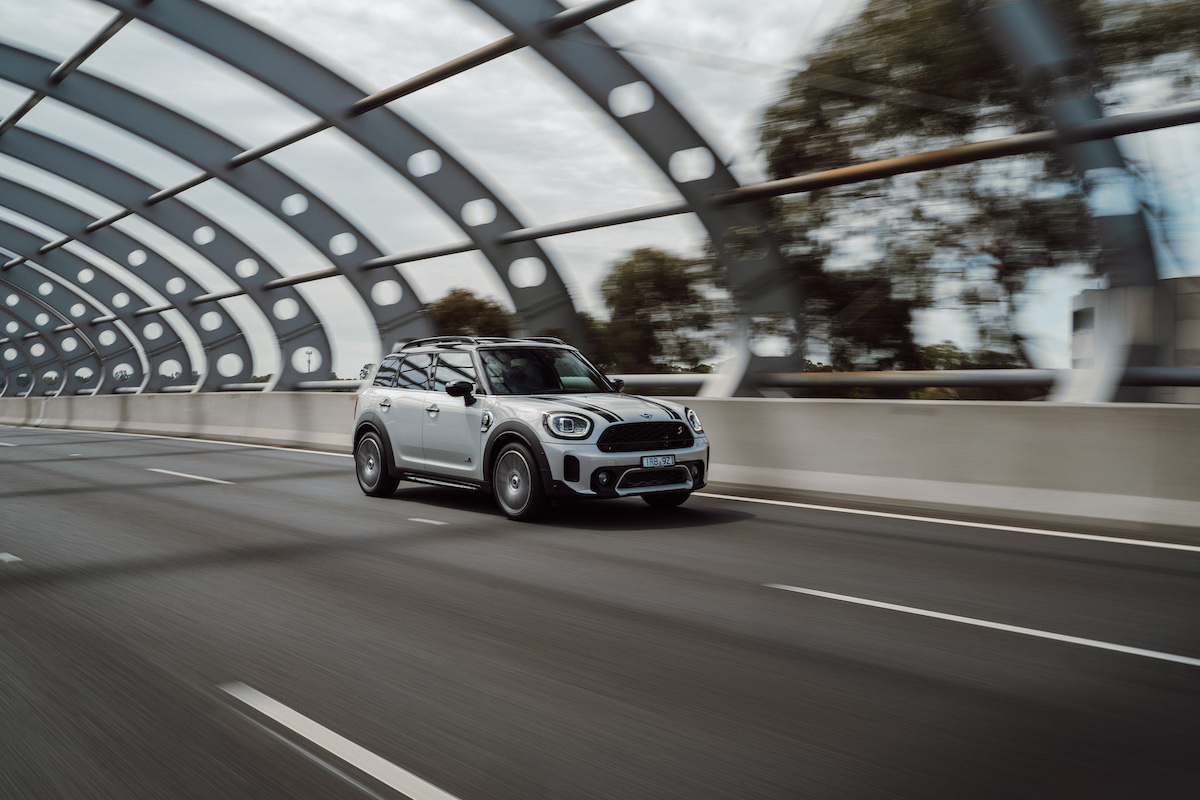 Trying to find a car that’s not only good for the environment but is also practical and stylish is a tall order right now in Australia.

The natural choice would be to find an electric vehicle, but the issue is that most EVs on the market remain rather cost-prohibitive and many aren’t that practical. More to the point, they’re just not a feasible option for many Aussies: if you don’t have a garage or somewhere you can charge your car, owning an EV doesn’t make sense.

The next logical choice would be to choose a plug-in hybrid (PHEV), which combine the environmental and performance advantages of an EV with the flexibility and contingency of a conventional petrol-powered car… But that’s easier said than done. There aren’t that many PHEVs on the market Down Under, and most are large, cumbersome and ugly-looking.

Enter the MINI Countryman Cooper S E ALL4, or if you prefer, the Countryman Hybrid: not only is it the smallest PHEV on sale in Australia right now, but it’s also one of the most stylish, practical and luxurious (as well as being surprisingly good value). On top of that, it’s got enough off-road credentials and performance chops to delight even the most discerning automotive enthusiast… Like myself.

I had the chance to take MINI’s new electrified darling for a spin for a week, and I was thoroughly impressed. 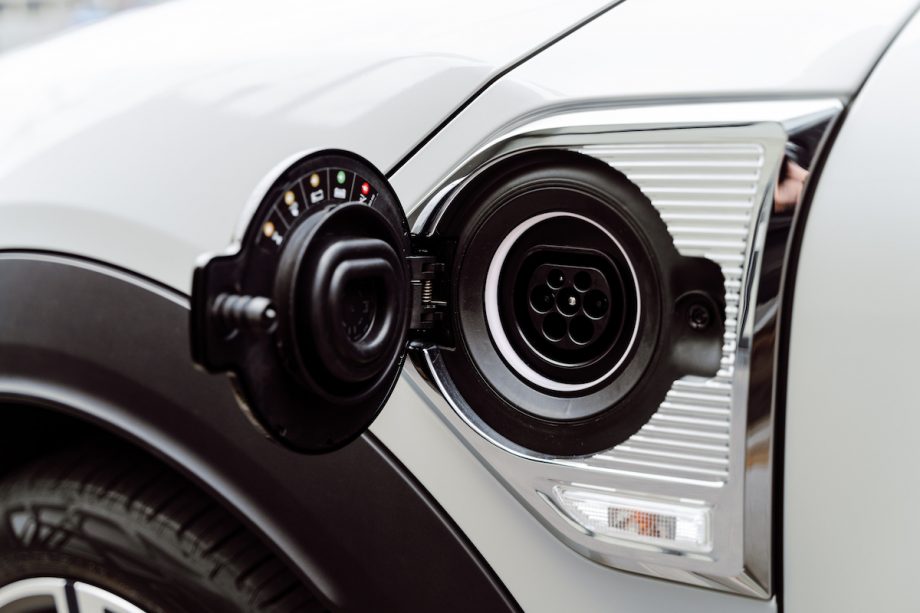 Let’s start with some vital statistics. The Countryman Hybrid features a 65kW electric motor which is powered by a 7.6kWh li-ion battery pack. On top of this, it has a 100kW 1.5L inline-three connected to a six-speed automatic transmission. The electric motor powers the rear wheels and the petrol engine the front wheels, meaning you’ve got all-wheel drive without the need for a driveshaft and joining clutch – very clever. This means the Hybrid actually boasts more killer wasps than the comparable entirely petrol-powered Countryman Cooper S ALL4 (165kW versus 141kW), and despite the weight premium, also matches its 6.8sec 0-100km/h time.

What’s more impressive is its fuel economy. The Countryman Hybrid sips a paltry 2.4L per 100km, has a combined range of 498km and can drive 40km as a fully electric car using only the rear motor – more than enough for the average commute. Regenerative braking also helps it recover charge as you’re pootling around, and it’s able to charge back up to 80 per cent from a regular household socket in just over three hours. I can tell you, my wallet thanked me driving this car.

Put your foot down and it’s got plenty of pep – the instant torque and linear power delivery of electric drive is addictive. The petrol engine will kick in to give you extra grunt or to charge the battery, but it’s never very obtrusive. The MINI Countryman Hybrid handles well and feels very capable. The car’s capable all-wheel drive means you can take it places that other EVs or PHEVs can’t go, too. Any outdated misconceptions that MINIs are somehow ‘hairdresser’s cars’ need to be left at the doorstep. 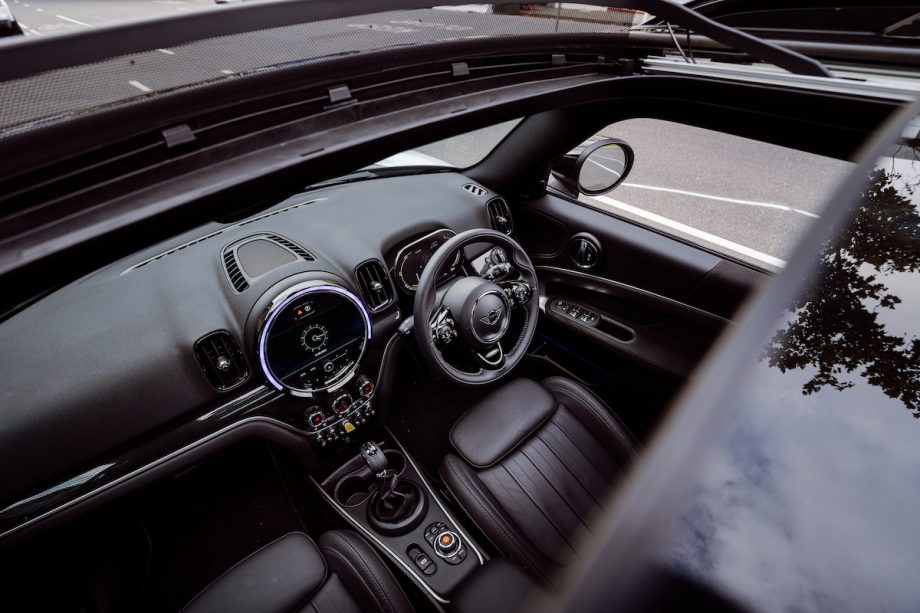 Both inside and out, it’s a nice thing to behold. The exterior is appropriately sporty but not full of itself: not cute per se, but not snarling like many other performance and premium marques’ cars are. The racing stripes are a must.

The interior is a real plus; generously appointed and smartly packaged, it’s exceedingly comfortable with acres of space and high-quality materials. The infotainment system is easy to use thanks to a large touch screen and an intuitive scroll wheel.

It’s hard to forget what kind of car you’re driving, too. From British flag motifs in the seat headrests, brake lights and even some of the alloy wheel options to the retro-styled toggle switches on the centre console and map lights and of course, that characteristic rounded design language, the Countryman Hybrid is aesthetically and ergonomically a cut above the competition.

In short, it’s both style and substance. 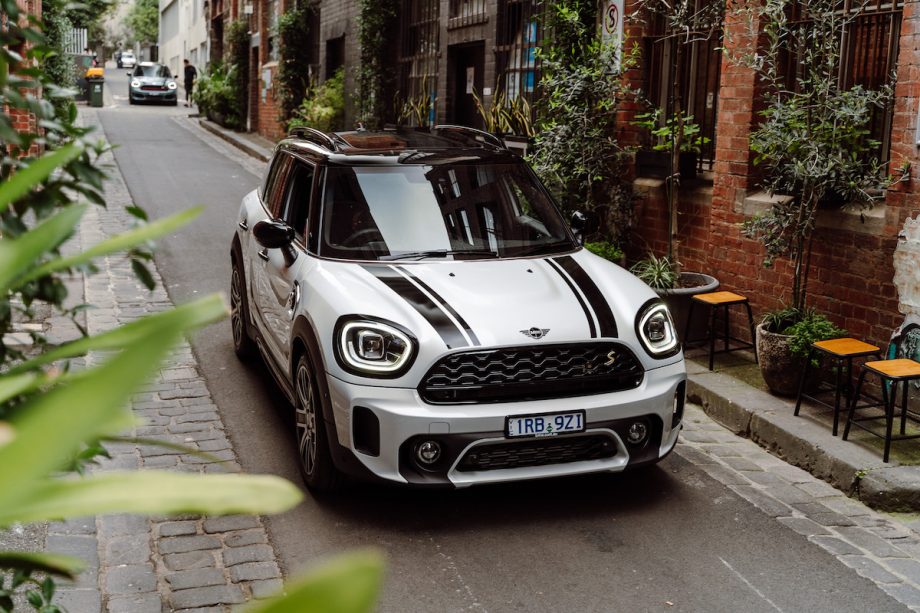 I spend most of my time in Sydney’s Inner West – notorious for its narrow streets and lack of parking spaces. In this environment, the MINI Countryman Hybrid comes into its own, its compact dimensions and high driving position making navigating and parking a breeze. It’s also stylish enough to impress even the trendiest Newtown bohemians.

More pertinently, it’s the perfect option for someone who lives in the inner city and wants to reduce their environmental footprint but doesn’t have the ability to charge an EV. Many properties in inner-city Australia don’t have garages or places where you can easily charge an EV. So having a small PHEV like the MINI Countryman Hybrid is the next best thing – charge it when you can, and it’s entirely possible to run it entirely as an EV.

Then, when you can take it out on the open road, it impresses with its capable performance, and if you want to take it off the beaten track, it can do that too. Whilst doing all that in luxury and classic British sporting style.

All in all, the MINI Countryman Hybrid isn’t just Australia’s most stylish PHEV. It’s also a car for all people: from architects to adventurers, from families to free spirits, it’s an incredibly compelling vehicle that’s a joy to drive and be in.

Find out more about the MINI Countryman Hybrid online here.