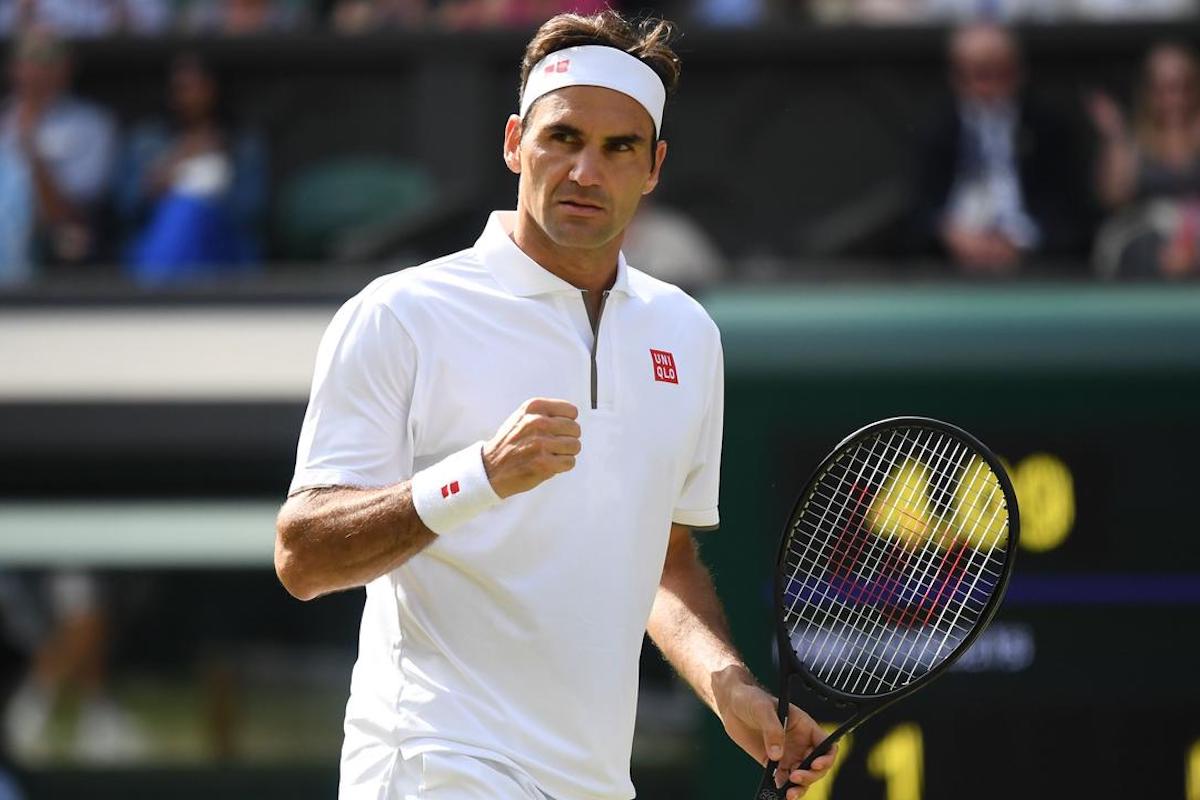 Wimbledon is back! And to celebrate the occasion, its favourite son, Roger Federer, has picked up a new watch.

The 39-year-old Swiss legend has had a tough 2021 so far. Federer has bowed out of the Australian Open as well as a number of ATP Tour events – he withdrew from the French Open in the fourth round, and only recorded fairly average performances at the Qatar, Geneva and Halle Opens.

But he seems in good spirits ahead of the world’s most prestigious tennis tournament, especially if his wrist candy is anything to go by.

The Rolex ambassador was spotted fronting a Wimbledon press conference wearing a Rolex Oyster Perpetual 41 with a striking yellow dial (ref. 124300-0004) that immediately makes one think of the bright yellow of a tennis ball. A fitting horological pickup, then. 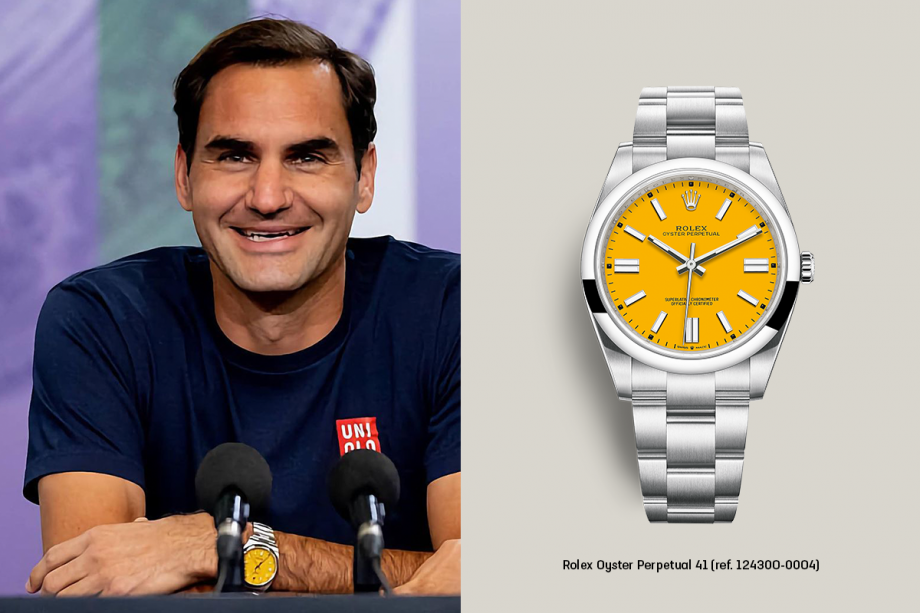 Rolex made a splash last year when they introduced a wide range of colourful lacquered enamel dials to the Oyster Perpetual collection, ranging from candy pink to turquoise blue and of course, this eye-catching yellow.

It’s not the first time Rolex has experimented with colourful dials like this. Back in the 70s and 80s, Rolex offered a similar selection of colourful options, which they termed ‘Lacquered Stella’ dials. These modern renditions are also often called ‘Stella dials’ by Rolex fans because of this.

“The irony is that Stella models weren’t popular during the time Rolex produced them… In some cases, Stella dials were even replaced by conventional or other dials. Rolex allegedly destroyed batches of Stella dials as they were unsellable, one reason why they are so rare today,” watchtime.me explains.

Federer holds the record for most singles titles won at Wimbledon (8) and shares the record with Swedish champ Björn Borg for most consecutive wins with 5 (Borg from 1976-1980 and Federer 2003-2007).

Federer has been seeded 6th for this year’s Wimbledon Championships. Despite this, he’s actually been placed in the bottom half of the draw – but will have to potentially overcome Daniil Medvedev and Alexander Zverev if he wishes to reach a 13th Wimbledon final, the ATP Tour’s official website relates.

His first game will be against France’s Adrian Mannarino tonight at 11:45pm AEST.