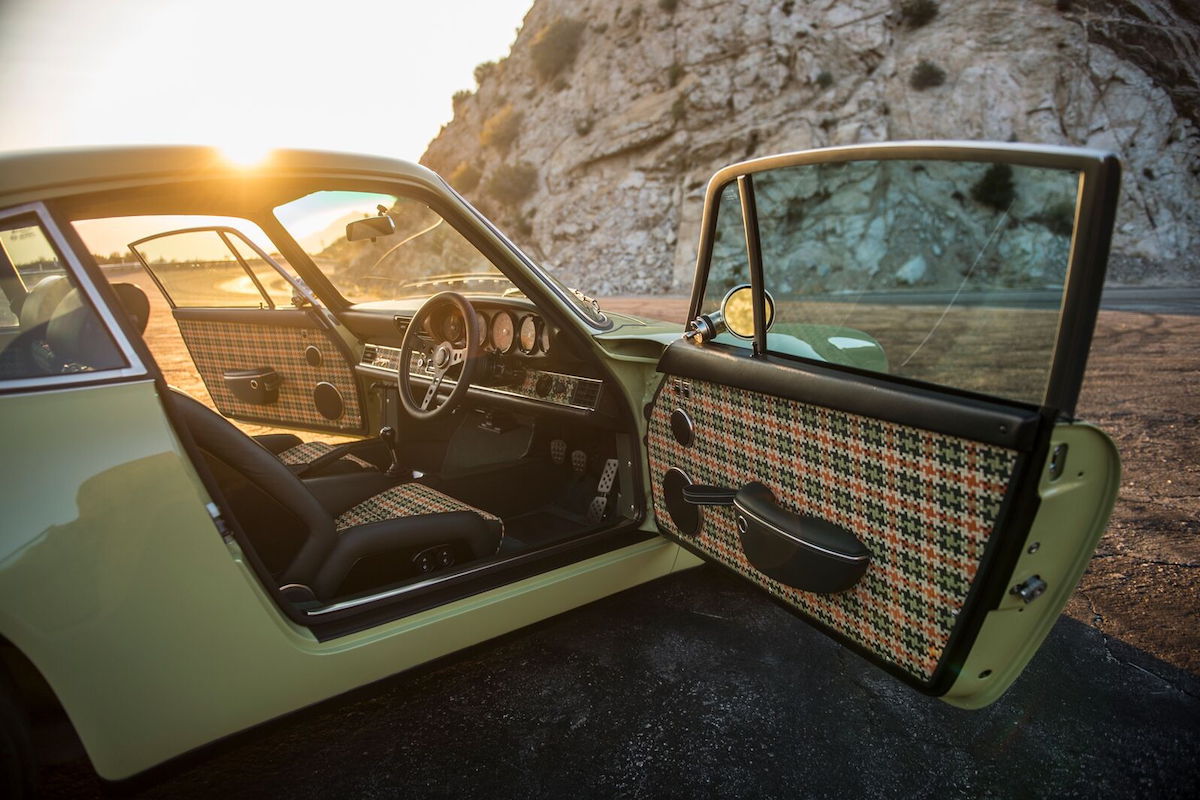 The Porsche 911 is one of the most iconic vehicles of all time. Famed around the globe for its impeccable looks, great handling and spirited performance, many would consider it the perfect sports car. So how can you improve on perfection?

That’s the question Singer Vehicle Design has been answering with aplomb for the last twelve years. Founded in 2009 by Rob Dickinson, former frontman of the English rock band Catherine Wheel and noted Porsche tragic, the Los Angeles-based firm specialises in rebuilding, restoring and modifying classic 911s, and has quickly become recognised as perhaps the world’s best classic Porsche restorer.

While Singer has long offered its services to both American and European 911 owners, Aussies have long been forced to wistfully look on, unable to receive their Midas touch. Until now, that is.

In collaboration with Melbourne-based luxury car importer and dealer Zagame Automotive Group, the famed Californian restoration outfit’s brilliant products will now finally be available in Australia (as well as in New Zealand), with a new showroom – the location of which is yet to be announced – set to feature a customer service team, maintenance facilities, and a small number of display cars, CarAdvice reports.

Singer’s bread and butter is taking 964 targas or coupes – the version of the classic 911 produced from 1989 to 1994 – and turning them into absolute works of art. All Porsches that get the Singer treatments are of course bespoke, but there are a few key Singer design choices that are consistent between their customisations.

Much of a Singer job’s bodywork is replaced with carbon fibre and their classic air-cooled flat-six engines get reworked by noted tuners such as Cosworth and Williams to produce significantly more power. They substitute the long hood of the Porsche 911 classic for the 964’s stock short hood, and often relocate the fuel filler door to the bonnet, too – a nod to historic Porsche race cars. Famously, Singer tachometers go to 11, a Spın̈al Tap reference (even though engine redline is 7,900rpm).

Customers generally provide their own donor vehicle, but Singer and Zagame are planning to bring a small number of display models Down Under as well. There’s already one Singer custom job on the ground in New Zealand, and Singer has also shared on Instagram that “the first restoration for an owner in Australia will arrive later in 2021.”

Don’t expect it to be a cheap process, however. Singer’s services usually cost upwards of 650,000 USD (~850,000 AUD), and 964s are already rather expensive cars to get your hands on here: the cheapest 964 on Carsales right now, a 1992 automatic coupe, is asking 124,000 AUD. One of our DMARGE correspondents has suggested that news of Singer’s arrival will push domestic 964 prices even higher, too.

Check out the DMARGE guide to buying a classic, vintage or used Porsche 911 if you want to get in on the action.