Tarocash me if you can. 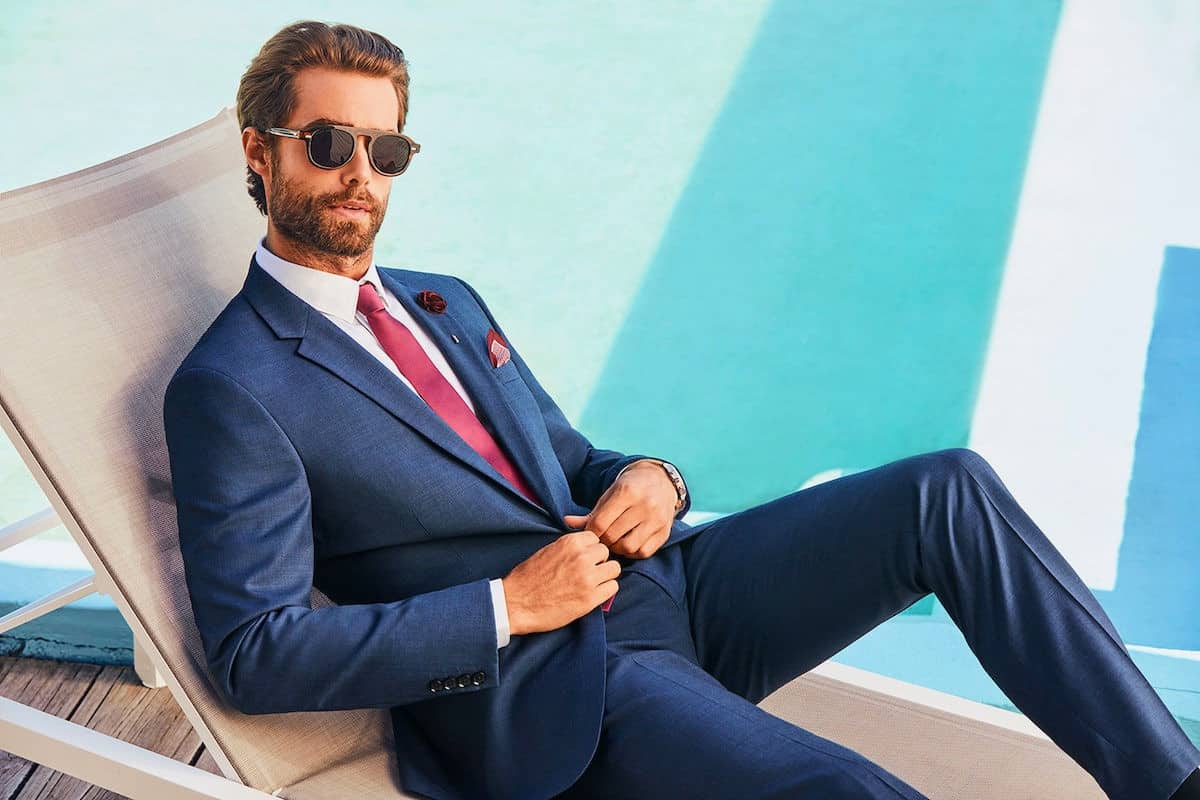 While Australians are definitely more fashion-focused than we were even a decade ago, some things remain the same. Double denim will always be a gamble, R.M. Williams boots will always be in demand, and Tarocash will always be there if you need a suit that’s more artificial than the cheese at McDonalds.

Tarocash, for the uninitiated, is a menswear brand that sits somewhere between Lowes and Zara. They principally make affordable – usually aggressively polyester – suits, shirts and other men’s clothing items. For late Gen X kids, Millennials and younger Australians, your first suit was probably from Tarocash, and it’s probably still gathering dust somewhere in your wardrobe.

Tarocash is a genuine suburban phenomenon in the Antipodes, boasting over 115 standalone stores across Australia and New Zealand as well as countless online stockists. They fill a niche in the market: they make cheap, cheerful formal wear for every occasion, whether that’s your Year 11 formal, the Melbourne Cup or a court appearance.

Naturally, fashion snobs look down on Tarocash. The Betoota Advocate, Australia’s leading source of satire and social commentary, often makes light of the infamous ‘Cash for its supposed trashy reputation. But the brains behind the Advocate, Clancy Overell and Errol Parker (real names Archer Hamilton and Charles Single) have harsh words for anyone who genuinely hates Tarocash, they told DMARGE exclusively.

“They haven’t gone out of business, like countless other clothing brands recently, which shows they’re doing something right. Nobody loathes Tarocash and if you do, wake up to yourself. They’re a pillar of suburban life.”

It reveals a truth about the business: it might not be your cup of tea, but it’s hard to deny Tarocash’s success.

The last eighteen months have been incredibly tough for most industries, but the fashion industry – and retail more broadly – has been hit harder than most. At a time when many ready-to-wear brands are going under thanks to the pandemic and fast fashion continues to dominate the space, that Tarocash continues to thrive is evidence that they’ve got a winning formula.

It’s easy to be snobby or classist about Tarocash, but isn’t it a good thing that formalwear brands continue to thrive in Australia? Dressing with a sense of decorum is fashionable, no matter who you are (or what your bank balance looks like).

Founded in 1987 in Melbourne by South African brothers Stephen and Michael Leibowitz, Tarocash grew so successful that the brothers founded Retail Apparel Group (RAG), which also has Aussie brands Connor, Rockwear, Johnny Bigg and yd. in its stable. Somewhat ironically, RAG is now in South African hands under The Foschini Group.

Few brands make the same sort of affordable formal menswear that Tarocash do – you wouldn’t go to H&M for a suit, for example. Tarocash has also always kept its finger on the pulse of Australian fashion, constantly offering clever designs, patterns and cuts that suit average Australian men. They’ve also had a long tradition of using unconventional models for their clothes, using men of diverse backgrounds and body shapes. Most blokes on fashion runways for luxury brands look like they subsist on nothing but cigarettes and nose beers.

Tarocash is to business attire what Casio is to the watch world. Some men covet Patek Philippes and Ermenegildo Zegna suits, and others don’t. We shouldn’t look down on other men who don’t care about the same sorts of things we do. More to the point, let’s not pretend we’re ‘too good’ for Tarocash. Every man needs a good, cheap suit.

In short: don’t be a wanker; embrace the ‘Cash.