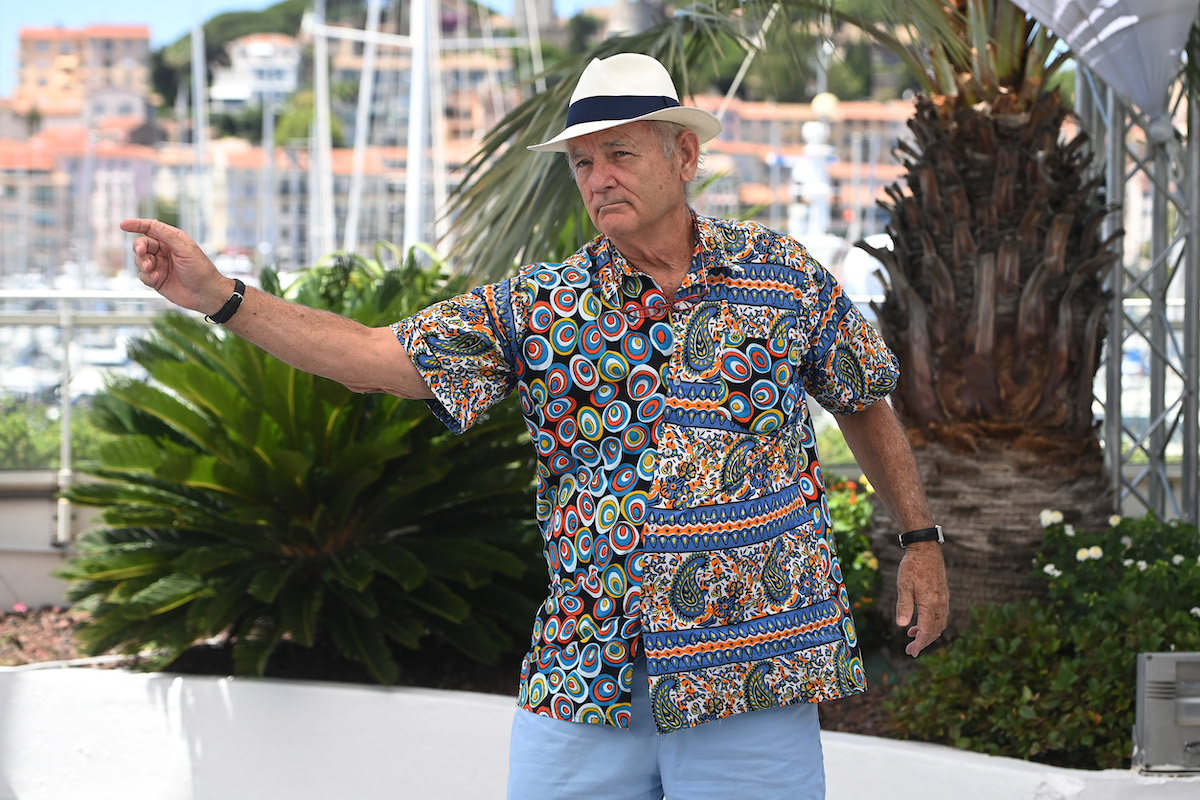 Bill Murray is one of those men who just ages like a fine wine.

The now 70-year-old actor, comedian and writer has always had an offbeat and deadpan sense of humour, and he’s really leaned into that in recent years with his wardrobe choices. From wearing deliberately kitschy character outfits to golf tournaments to making tweed look cool in Ghostbusters, the man has a sense of sartorial flair that’s just as unique and subversive as his humour.

At the 74th Annual Cannes Film Festival for the inaugural screening of Wes Anderson’s The French Dispatch (the director’s tenth feature film and the ninth in which Murray has appeared), Murray rocked up to a photocall wearing an effervescent Hawaiian shirt, summery fedora, baby blue shorts and On Running sneakers, giving off immense and no doubt intentional ‘dorky dad’ or ‘clueless American tourist’ vibes.

Those dorky dad vibes were amplified by his choice to double-wrist – that is, wear a watch on both hands. What was even more eclectic is how different the two watches were: a cheap Timex Easy Reader on his right hand, and a well-worn Cartier Tank Solo on his left.

Ah, the duality of man… That’s what Wes Anderson would say, probably. 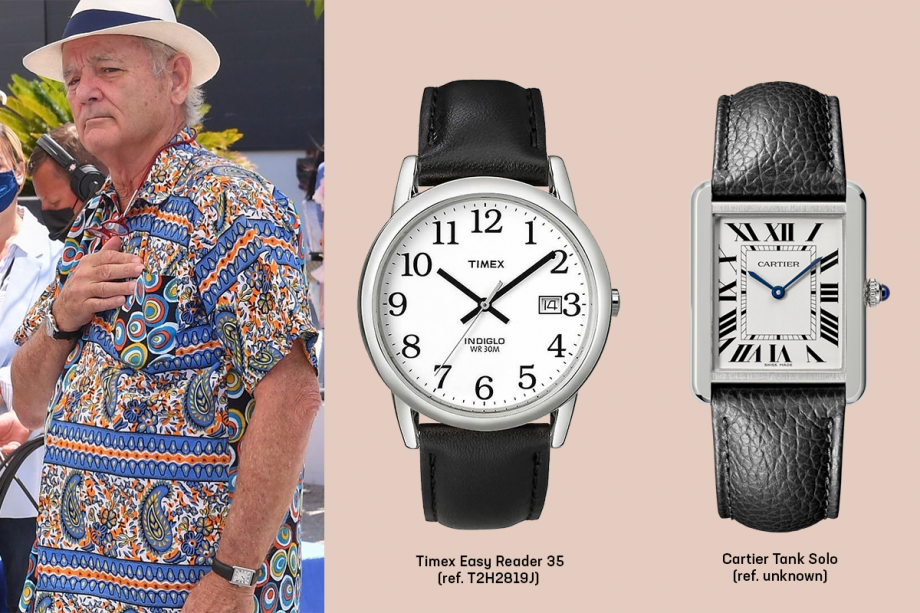 But where you can pick up a Timex Easy Reader for $60 or less on Amazon, a Cartier Tank Solo is worth several thousand dollars – especially a vintage, presumably mechanical example like Murray’s. Maybe he wears the Timex because it’s easier to read than the Cartier? Or maybe he’s just in character.

RELATED: This 1940s Cartier ‘Watch’ Might Be The Most Unique Timepiece You Ever See

The French Dispatch will hit Australian theatres on the 21st of October, and American theatres the following day.