“I’ve lost my mind doing this. Like Vincent van Gogh.” 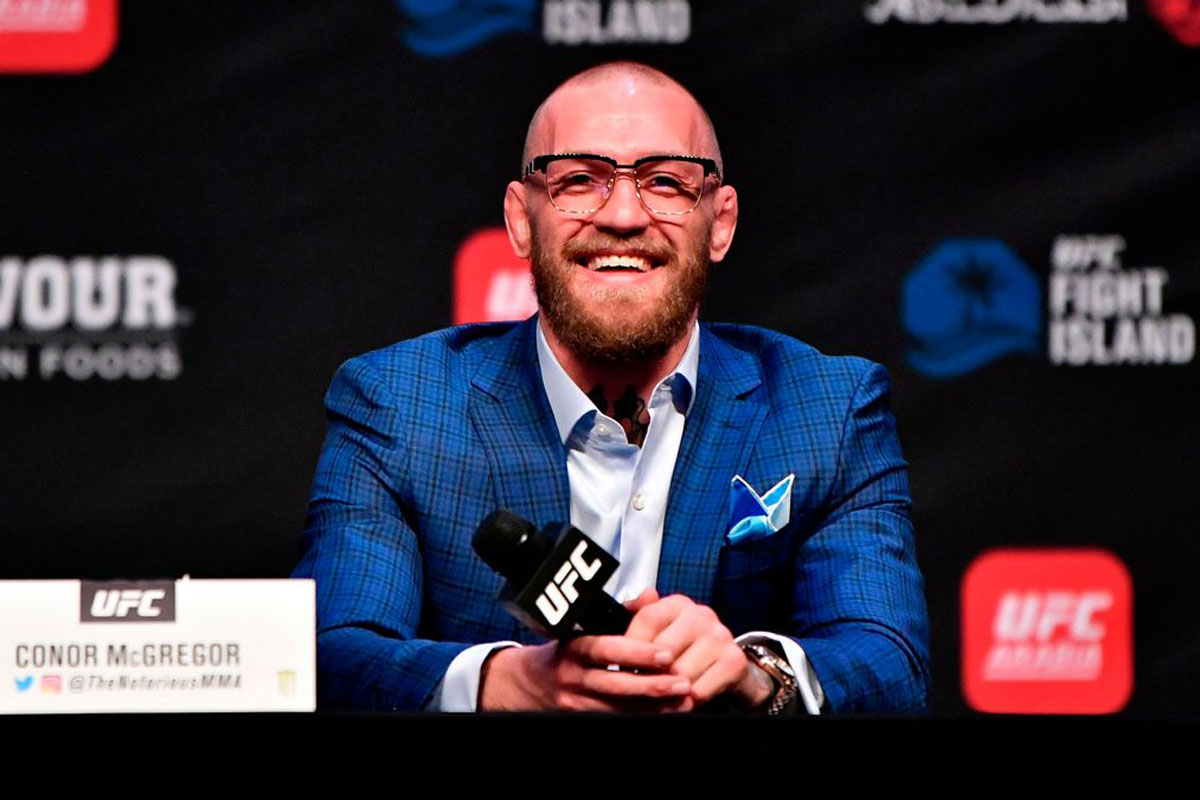 There’s a reason The Quiet Guy has become a trope. From kids’ stories (see: Harry Potter’s Cedric Diggory) to sex-and-gore filled HBO series (see: Vikings’ Ragnar Lothbrok), we’ve been bashed over the head growing up that everyone prefers a stoic hero over a rambling bore.

However, as we reported earlier this week, we should be careful to glamorise suffering in silence. Why? Men feel pressured to live up to the stereotype, which often leads to feelings of shame around showing emotion and opening up.

This can lead to all sorts of mental health issues, and even suicide.

RELATED: Psychologist Breaks Down The ‘Viking’ Mindset We Shouldn’t Be Too Quick To Dismiss…But Also Careful With

Where does the loudmouth MMA fighter – the man who ‘made the UFC game’ – come into all this? The Trolley Thrower? The man who punched an old dude at a pub? The Irishman whose one-liners have made his American compatriots look slow (“Nate can’t even count to 5“) for years, and whose fists, up until recent times, had been blessed with some magic, pre-emptive quality?

Well, SportsCenter recently posted a video showing McGregor showing a bit of emotion. It’s nothing really, but worth shining a light on. Click through to the second slide to see the video.

In response to a quote read out by a journalist at the press conference before his last fight with Justin Poirier, 33-year-old McGregor got hit right in the feels.

“I wanted to read you a quote from 2013 that you said,” the journalist said to McGregor.

“I’ve lost my mind doing this. Like Vincent van Gogh. He dedicated his life to his art and lost his mind in the process. That’s happened to me. But fuck it. When that gold belt is around my waist and when my mother has a big mansion, when my girlfriend has a different car for every day of the week, when my kids’ kids have everything they ever want…then it will pay.”

“Can you just reflect and talk to me about how it feels hearing that in 2021?” the journalist asked.

“Tell you what, I wouldn’t want it to be any other way.”

Comments left next to the video in the last 24 hours show McGregor, despite going off the rails a few times over the last few years, and despite not having the results he used to, still has a lot of love and respect from many fans.

“Say what you want – he did his thing,” wrote one.

“When you realize everything he said actually happened,” wrote another.

“Conor getting emotional am I in a dream or something?”

Other comments included, “Damn that’s real” and “This man did such a 180 with his personality and is actually such a likeable dude now. Crazy.”

“Dude literally did what he said he was going to do 8 years ago.”

The video was posted ahead of his trilogy fight with Dustin Poirier – a fight many believe will define his entire legacy – which is coming up this Sunday, and which is the main event of UFC 246.