‘Worse Than Smoking A Cigarette’: What Fried Food Really Does To Your Body

Big claim. But does it stack up? 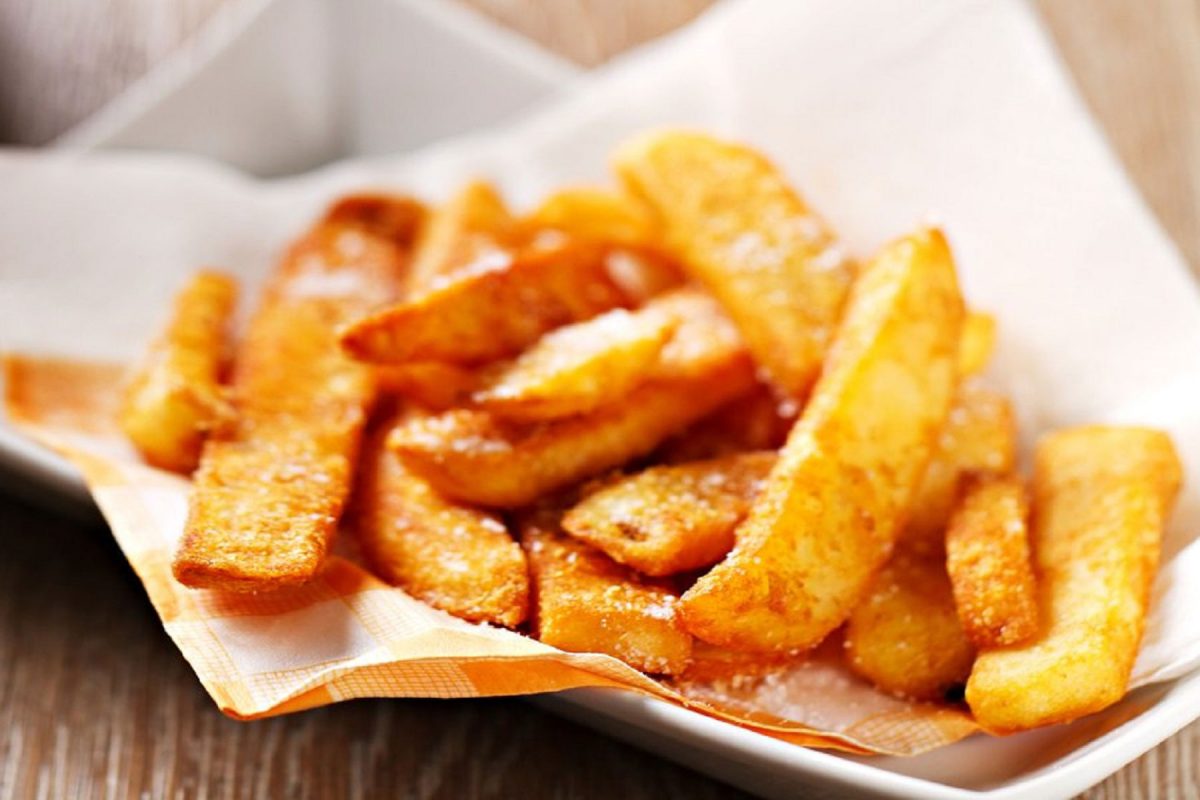 Everything has the potential to kill you. Whether it’s a junk food diet, exposing your skin to insane amounts of sunshine or drinking an extra glass of red wine every night, no matter what you do, someone will have an opinion as to its effect on your longevity. Something we should all be able to agree upon, however, is that smoking cigarettes is bad for you.

Cigarettes are packed with harmful chemicals, including nicotine, that not only lead to addiction, but, according to Health.gov.au, can spread around your body, narrowing your veins and arteries, causing your heart to have to work faster. Smoking also causes tar to build up on your lungs, which eventually can cause them to not work as well, affecting your ability to breathe properly and pump much-needed oxygen around your body.

However, it has recently been suggested that smoking a cigarette could be seen as being healthier for you than eating deep fried food. Or – more specifically – that it inflames your body for a shorter period of time.

How so? Enter Mr Dave Asprey. The Instagram-famous health hacker was recently speaking on a podcast with Lewis Howes, where he made the claim that “literally, you are better off to smoke a cigarette, than to eat a plate of French fries.”

Divisive? Definitely. Controversial? You bet. His point? It all comes down to inflammation.

“The amount of inflammation in the body from one meal with fried things in it – I don’t care if it’s fried fish or fried potato chips, it doesn’t matter – that increases inflammation for 2 days”, he relates.

“A cigarette [causes inflammation] for 4-8 hours.”

He goes on to suggest we bake our food instead of frying it, suggesting this to be far healthier.

Naturally, the video received a deluge of backlash, including:

“Not sure smoking is healthier but I get the point”

“A cigarette is way more damaging.”

“What nonsense. Comparing something 100% natural to something with 4k cancer causing chemicals in it. Fried chips are defo not healthy. Still food and still natural. This moron should do some research on cell mutation and perhaps he would find out that even one cigarette can trigger the mutation and can manifest 15 or 20 years later.”

To find out if Dave Asprey’s claims are indeed true, DMARGE spoke exclusively with nutritionist Madeline Calfas, founder of The Wellness Group.

The summation? Asprey makes a good point on inflammation – but don’t get confused. There are a lot of other metrics to judge something by. Inflammation is just one of them. Judging off the ‘lung cancer’ metric, cigarettes are still much worse for you.

“This is a bit of a double-edged sword,” Madeline told DMARGE.

“Many of the major diseases that affect humans these days, such as cancer, heart disease, arthritis, thyroid dysfunction, depression, diabetes, Alzheimer’s and dementia, have all been linked to chronic heart diseases.”

“Having said that, as serious as inflammation can be on the body, to minimise the effects of not just nicotine, but other chemicals, as well as the heat of the smoke in your lungs is not good.”

“We all know that smoking is linked to increased risk of lung-cancer and other diseases, but it is really important to note here that smoking also causes inflammation in the body. Studies have shown that nicotine can activate neutrophils than the release molecules that in turn lead to increased inflammation.”

“The heart from smoking itself has a devastating effect on the alveoli in your lungs and creates a traumatic response, which results in inflammation.”

Pushing Madeline on the question: is fried food is ultimately ‘better’ for you than smoking, she said, “neither of them are great.”

“They both carry risk and side effects on the body. However, if you look at this, smoking still remains worse for you because not only do you have all the known effects from smoking (and this includes vaping), PLUS you are still driving an inflammatory response.”

“Let’s also factor in that a lot of people will actually smoke way more than they will eat (a lot of people actually use smoking for appetite suppression), which means there is a far greater assault on the body.”

“Sometimes it’s not what is better for you per se, but what is going too cause the less damage.”

And as for baking foods instead of frying them, Madeline wholeheartedly agrees that it is the “far healthier option.”

“New research has found that eating fried foods increases your risk of cardiovascular events such as heart attack and stroke by around 28%.”

“The problem with drying foods is because the actual frying process itself means the outer part of the food loses water and absorbs oil. More often than not, the oils used for frying are those that contain trans fat, which has been shown to increase your LDL, or bad cholesterol.”

“Baking foods is a much healthier way to cook as it requires far less oil to be used. Another option available these days is the emergence of the air fryer. It allows for a similar Tate and cooking effect of traditional frying, but without the need for large quantities of oil.”

So, while Dave isn’t necessarily wrong in his (inflammation) assessment, he definitely isn’t providing a complete picture regarding overall health (in the snipped posted to Instagram anyway). If it’s a longer life you crave, put down the cigarettes, ditch the excessive amounts of oils, and start baking.