Have we reached ‘peak watch’? 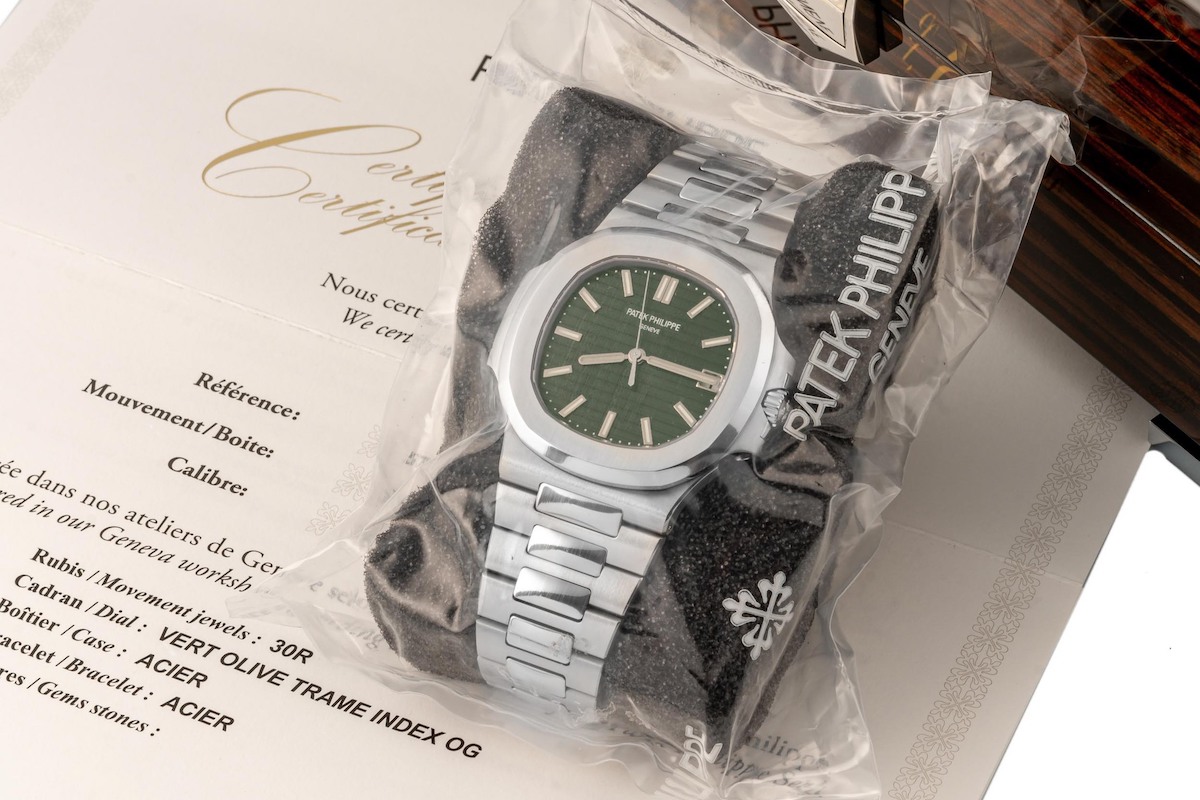 Anyone who’s passingly familiar with the high-end watch business knows that the retail price of many timepieces isn’t always an accurate reflection of the real cost of obtaining them. This is particularly true when it comes to stainless steel luxury sports watches, such as the Audemars Piguet Royal Oak or Rolex Submariner.

Demand for these pieces is so high and supply so scarce that you can’t simply walk into a boutique and buy one: you need to either sit on a waiting list for years and/or develop a purchasing history with an authorised dealer (AD), or head to the grey market and pay a serious price premium to get your hands on a watch straight away.

This situation has only become even direr since the COVID-19 crisis. The watch industry, like many others, has seen huge disruptions to manufacturing and logistics thanks to the virus, further impacting availability… And even further spiking demand. People who aren’t travelling internationally have been spending their savings on material luxuries instead, like watches.

In short, it’s one hell of a squeeze. But one recently announced auction stands out as particularly eye-watering, and evidence that the watch market might have officially lost its mind. 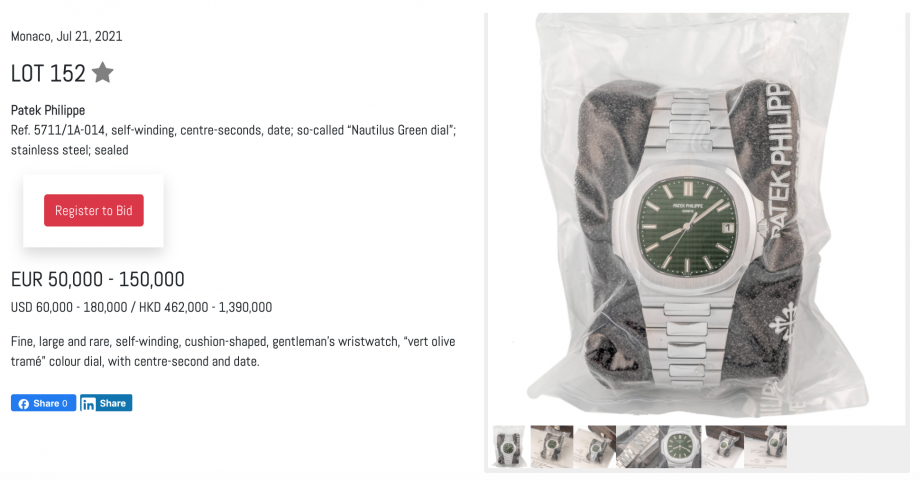 Swiss watch auctioneer Antiquorum has raised many eyebrows with Lot #152 of its upcoming Important Modern & Vintage Timepieces in Monaco: a factory-sealed Patek Philippe Nautilus ‘Olive Dial’ (ref. 5711/1A-014) which normally retails for US$34,893 that they estimate will fetch between $60,000 to $180,000 when it goes under the hammer on Wednesday. Although it could go even higher than that.

Why do we think it could go higher? Well, there’s already one seller from Dubai on Chrono24 who’s selling one for the princely sum of US$362,380 – that’s over ten times the retail price. And his isn’t as special as this one.

RELATED: The One Place You Should Never Buy A Luxury Watch

Antiquorum’s is special because it’s still sealed in plastic. Since 2017, Patek has required all its ADs to unpackage and unseal any watch before it leaves their store, in order to combat grey market shenanigans. That this watch is still completely sealed is a real aberration, which undoubtedly raises its value – it’s in proper mint condition.

The fact it’s being sold sealed means the AD who originally received this watch would undoubtedly lose their Patek contract if the watch’s serial number ever became public knowledge… But the fact they’d be willing to risk such a lucrative arrangement speaks to the unbelievable heights that this watch, as well as the watch market more broadly, has reached.

The Nautilus ‘Olive Dial’ was unveiled earlier this year in April during Watches & Wonders 2021, and immediately caused a stir among watch fans. Not only are green dials particularly fashionable right now, but its introduction came fresh off the heels of Patek discontinuing their popular Nautilus ‘Blue Dial’ (ref. 5711/1A-010) – making it the new must-have Patek.

They’ve apparently become so popular and hard-to-get that even Thierry Stern, Patek Philippe’s president, has lamented to The Telegraph that “even my sons are asking, ‘can I have one?’… but the answer is no.” If even Patek’s bigwigs can’t secure models, you know things are out of whack. Have we reached ‘peak watch’?