Most Expensive Bottle Of Australian Wine Ever Sold Smashes Record 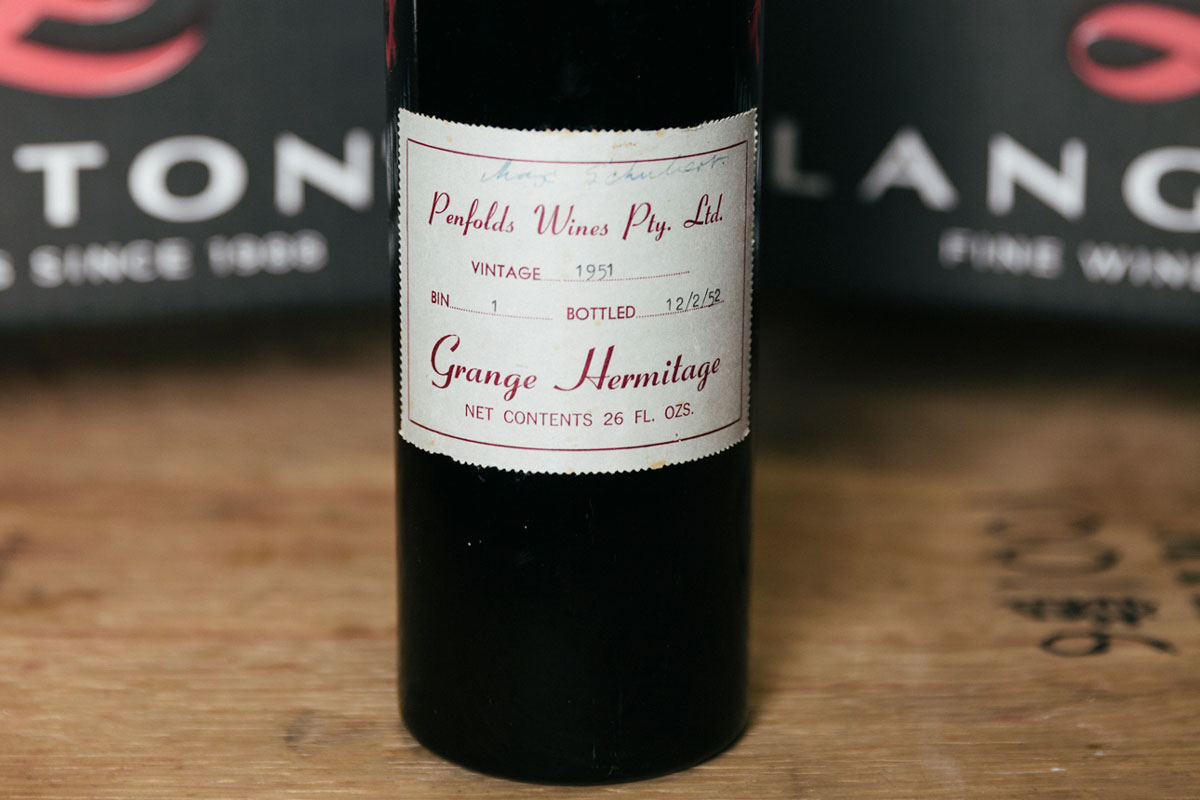 Or… You could buy this 70-year-old bottle of Penfolds Grange from 1951.

While the rest of us sat wondering, one Sydney-based collector recently did exactly that at auction, setting a new record for the most expensive bottle of Australian wine ever sold.

The 70-year-old bottle of Penfolds Grange is from the first vintage of the iconic Grange Shiraz.

Interestingly, the vintage was first intended to be an experimental wine. Then history happened – and now Grange is the icon we know it as today.

Unfortunately for all you vicarious hedonists though, Penfolds Chief Winemaker Peter Gago told 4BC  this bottle was bought to be collected, not drunk.

He also, however, revealed that the legendary 1952 and 1953 and 1955 Grange Hermitage vintages “currently offer magnificent hedonistic drinking enjoyment.” He would know, having tasted them over the years during re-corking missions.

Mr Gago also said it’s a testimony to Australian wine that these vintages from the 1950s are still looking as good as ever for drinking, bar the 1951 “experimental” one that just sold, which was an exploratory vintage (“that’s it’s raison d’etre”), and fetched its price out of its collectability.

RELATED: The Difference Between Cheap & Expensive Wine, Revealed By An Expert

“Isn’t that a wonderful thing for Australian red wine to say. These wines are looking as good as they ever have… They are still offering amazing drinking enjoyment. This isn’t just a matter of curio or rarity effect. These are great red wines.”

Another lovely thing to think about is, looking to the future, Mr Gago said wines will last even longer, given the improvements in today’s bottling and viticultural technology.