“Our fear of AstraZeneca is going to keep Australia in lockdown for months longer,” newsreader Brooklyn Ross says. 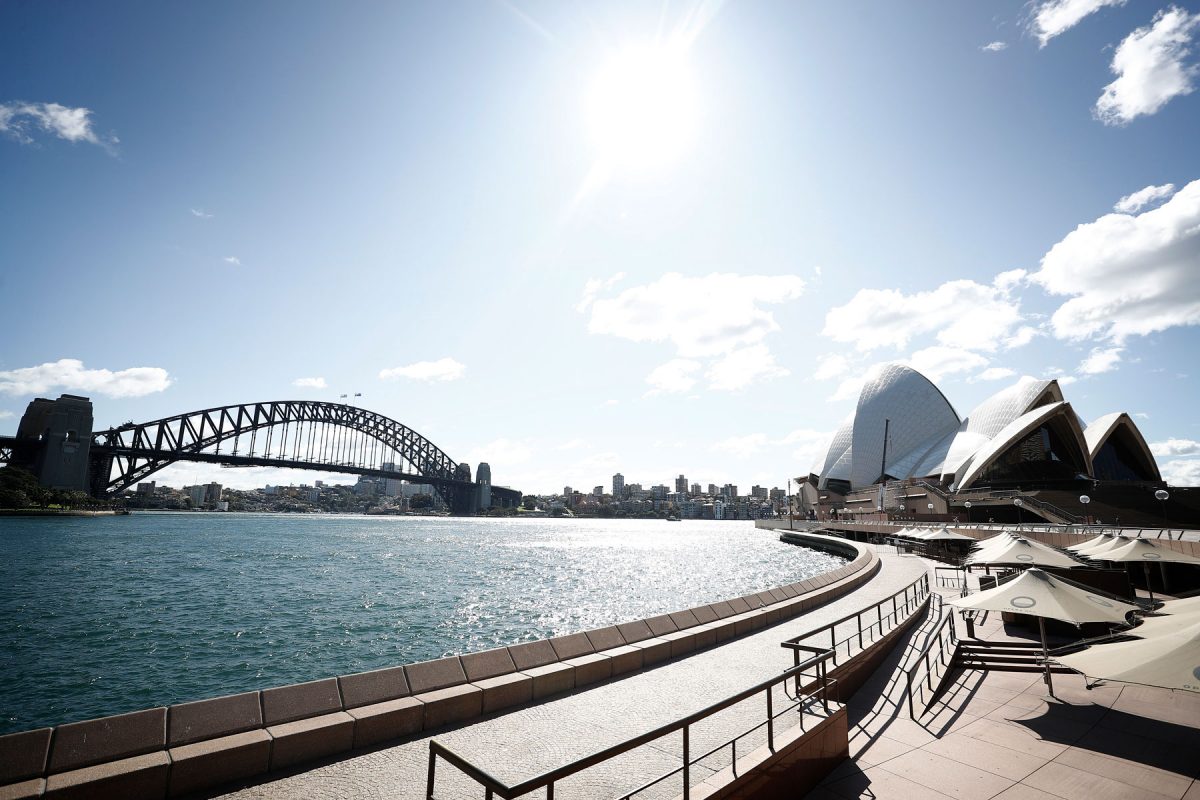 Sydney has been in lockdown for over a month – the first full-city lockdown the city has experienced since early 2020. The lockdown is in place to fight the Delta COVID-19 variant now in the community. 172 new cases were recorded today.

It’s not just Sydney suffering – half of Australians have been locked down at some point in recent weeks, with Victoria’s restrictions set to ease tonight (though some will remain in place). Brisbane just came out of a lockdown too.

Many are frustrated with how slow the vaccine rollout has been. Not only does it leave our health vulnerable, but also our economy. It also has meant we have shut our international borders.

Now though, with the Delta variant of COVID-19 having broken out in Sydney, ATAGI has changed its advice for Sydney adults under 60. Rather than being advised to get Pfizer (as the rest of Australia’s adults under 60 are still are being advised to do), ATAGI is now urging all adult Sydneysiders to “strongly consider” talking to their GP and getting AstraZeneca – which is available much more readily.

Brooklyn Ross, who is a newsreader for Sydney’s # 1 breakfast radio show “Kyle & Jackie O,” recently took to the air to share his take on the situation.

Entitled, “How Pfizer is keeping Sydney locked down longer,” his video claims, “Our fear of AstraZeneca is going to keep Australia in lockdown for months longer.”

Ross says: “Australia still has 17 million vaccines to jab into arms but we don’t have those vaccines yet. We get a million doses of Pfizer every week from Europe, but if we keep choosing Pfizer over AstraZeneca, it’s going to take 5 months for us to get fully vaccinated. That’s maybe December.”

“Our AstraZeneca jabs are Australian made in Melbourne. We have heaps spare and we could be making two and a half million doses every week.”

“If we all got AstraZeneca we could literally be 80% vaccinated within 5 weeks,” he says.

“But I know what you’re thinking – won’t AstraZeneca kill me?” he adds, addressing people’s concerns around the vaccine’s very rare blood clotting side effect, which is reported to be more prevalent in young people.

Ross puts it like this: “The chance of dying from a blood clot of AstraZeneca is literally 1 in a million.”

“If you go out and catch COVID in Sydney right now, you’ve got a 1 in 300 chance of dying. That’s 3,000 times deadlier than AstraZeneca.”

“Astra Zeneca beats Pfizer in other ways as well,” Ross says. “A study found that against the Delta strain AstraZeneca after 4 months provided better protection than Pfizer.”

“AstraZeneca was also better than Pfizer at preventing symptoms, according to this Canadian study [he provides the link to the study in the comments], and those flue-y effects you get after a vaccine – they’re worse with Pfizer… and that’s according to a survey done from Westmead hospital.”

“The reality is the AstraZeneca is not any more dangerous than a heap of other safe and common medications [like the contraceptive pill and viagra].”

“But our fear of it is literally going to devastate Australia’s economy unnecessarily.”

“Every single person who thinks it over and chooses to get AstraZeneca rather than Pfizer is literally helping us get out of lockdown earlier.”

This is a rather different message to the one we heard from Infectious diseases expert Michelle Ananda-Rajah and Director of Health and Aged Care at the Grattan Institute, Stephen Duckett, on Q&A on the 1st of June.

When a 31-year-old audience member asked if he should get vaccinated with AstraZeneca, for the greater good of the country, he was told the following.

Note: we must stress this was almost two months ago, in a different context. If he asked again now, on July the 27th, and lived in Sydney, the answer would be: “strongly consider” talking to his GP and getting the AstraZeneca vaccine.

Infectious diseases expert Michelle Ananda-Rajah told him: “My advice is to follow the health advice.” At the time, this was to get Pfizer if you are under 60.

“In young people, say 20 to 40, 20 to 60 even, the risk of TTS is not really clear, and that’s mainly because the countries that rolled this out actually suspended the use of AstraZeneca when they started to see the signal in young people. So we estimate that the risk [of getting one of the rare clots] may be somewhere in the order of 1 in 20,000 to 1 in 40,000, based on data from Norway and ATAGI’s own data.”

“We understand young people are desperate to be vaccinated – they want to do the right thing but we would urge calm and we would urge patience because even if you took AstraZeneca today, your next dose, which you do require to give the Delta strain a knockout blow, won’t be for another 12 weeks.”

It should be noted here that though ATAGI’s recommended interval between dose one and two of the AstraZeneca vaccine is 12 weeks, ATAGI has also said that shortening the interval from 12 weeks to no less than four weeks ‘is acceptable and may be appropriate in certain circumstances‘ such as imminent travel or anticipated risk of COVID-19 exposure.

Expert Ananda-Rajah added: “Realistically you’re not going to get it [the second AstraZeneca shot] in September, you’re probably going to get it in mid-October and mainly because the GP’s have a huge backlog of second doses to deliver to patients.”

Stephen Duckett, Director of Health and Aged Care at the Grattan Institute, claimed on the 1st of June, on the same episode of Q&A: “If Tristan [the man who asked the question] has his vaccine tomorrow it will not bring forward the border opening one second.”

To see how other countries around the world are using AstraZeneca, the following insights from SBS News are quite useful.

“The United Kingdom was first to roll out the AstraZeneca vaccine back in January and originally approved it for adults of all ages,” SBS News reports.

“In April, that advice was updated to over 30s, after the UK’s medicines safety regulator recorded 79 blood clots and 19 deaths after 20 million doses were administered. That gave a risk of about four in one million developing a blood clot, and one in a million of death.”

“In May, the advice was further revised to only over 40s being able to have the AstraZeneca vaccine after the numbers rose to 242 clotting cases and 49 deaths after 28.5 million doses.”

“But Britain’s access to alternative vaccines Pfizer and Moderna means all adults are now able to get vaccinated, and almost 80 per cent have already had their first dose.”

South Korea took a different tactic. South Korea, being in a different situation to the UK, lifted its over 60 rule in April “to allow anyone under 30 to get AstraZeneca, with the country’s Disease Control and Prevention Agency saying the benefits outweighed the risks.”

The Philippines, Brazil, Indonesia and Mexico all allow unrestricted use of the AstraZeneca vaccine.

In Germany, after earlier limiting the use of the AstraZeneca vaccine to the over 60s, the country now allows anyone over the age of 18 to receive it.

Australia is not the only country to take a more cautious approach, however. SBS News reports: “Italy and Spain are also restricting the use of AstraZeneca to the over 60s, while Denmark and Norway have stopped administering the jab altogether.”

What is key to remember though, is that each country is making decisions based on how great the threat of COVID-19 is at any given moment, and what other vaccines are available (and in what quantity).

RMIT immunologist Dr Kylie Quinn told SBS News the availability of alternative vaccines in any given country, including Australia, was a critical factor.

“When you’re considering whether a medication is approved and recommended within a community, you also need to consider whether there are alternatives available.”

“For example, is there an alternative available that would be better suited to a particular age group?”

Dr Quinn also told SBS News: “When we are faced with the impacts of COVID-19 in our life – health impacts, but also those broader impacts on our ability to open up as a community and avoid lockdowns – then that certainly explains the increased interest in getting these vaccines, too.”

As SBS News reported earlier this month: “Until recently, Australia’s slower approach to the vaccine rollout could be justified by the absence of community transmission of COVID-19, with most virus leaks from hotel quarantine handled within a few days.”

“Now, more than half the nation is in lockdown, and the past week has seen locally acquired cases in six of eight states and territories.”

“So the balance we have to address in Australia of risk versus benefit has come into focus because we have potential disease which carries a much greater likelihood of hospitalisation and clotting and dying.”

He told SBS News the risk of developing a blood clot from COVID-19 itself was about 10 times higher [than that of getting it from the AstraZeneca vaccine].

Professor Booy also said the Immunisation Coalition is currently developing a risk-benefit calculator to help Australians make informed decisions about getting the vaccine.

“The simple fact is we have the AstraZeneca vaccine which is both safe and effective at almost any age,” he said.

“I think there’s too much politics and not enough logic in the discussion that’s going on.”

The bottom line on AstraZeneca, according to Hassan Vally, Associate Professor at La Trobe University, writing for The Conversation, is that “we must remember the AstraZeneca vaccine is a fantastic vaccine.”

“It’s safe and effective, and two doses offer almost complete protection against severe disease and death from COVID, including the Delta variant.”

“It does carry a small risk of the blood clotting and bleeding condition, but this risk is incredibly small. COVID is much more of a threat to your health than the vaccine, as we are seeing in NSW right now.”

“If you’re under 60 years of age, the decision to have the AstraZeneca vaccine is one only you can make. But if you do make it, you should understand the benefits go beyond just preventing severe disease.”