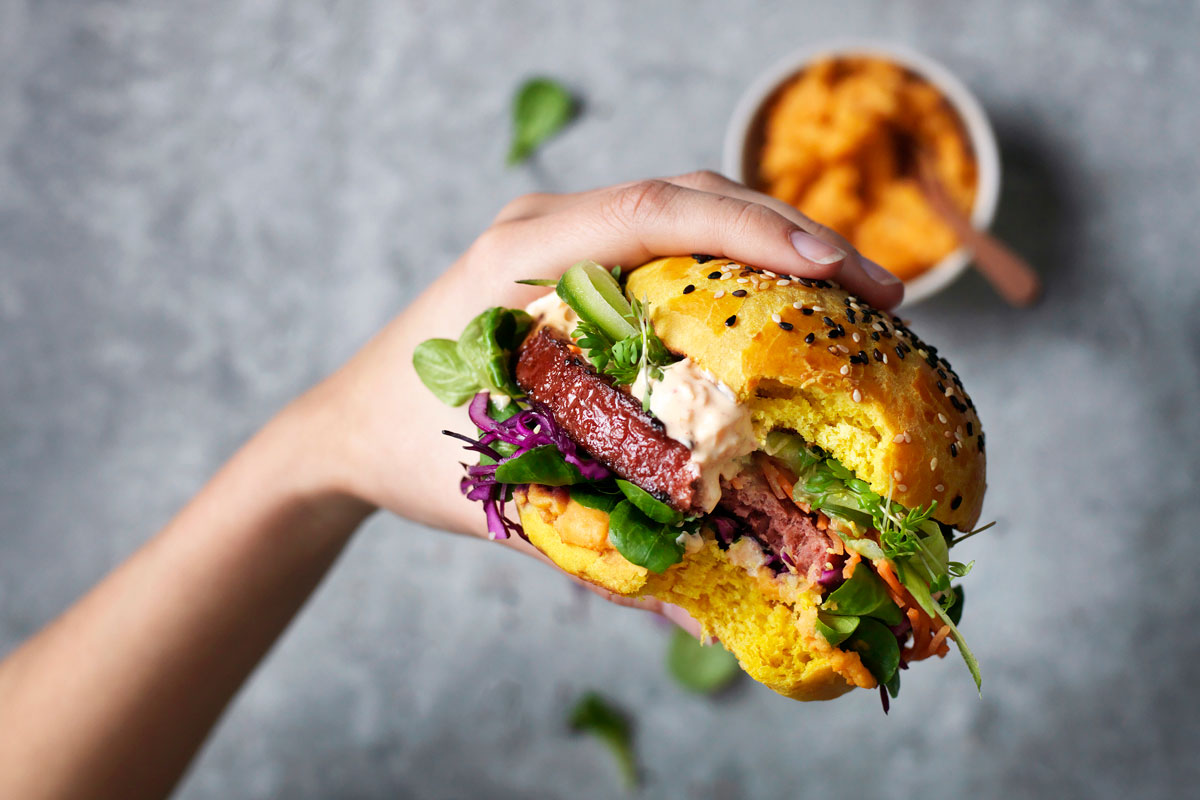 If there’s one thing we can be sure of when it comes to nutrition, it’s that you will always be bombarded by other people’s opinions about what you should and shouldn’t eat.

In one camp, you have the carnivores; the ones who claim eating animal-based products such as meat is the best way to get all the nutrients your body needs. In the other corner, you have the plant-based contingent, who argue humans aren’t made to eat meat and that we don’t need it to be healthy.

For peace of mind, you’ll do well to slot yourself into the up and coming nutrivore camp, which spruiks the idea you should just listen to your body. If you don’t feed it meat and you feel yourself lacking serious energy, reintroduce it in limited quantities to see if it has any effect. If it does, continue down the path.

One thing’s for sure: there will never be an end to the argument.

One man who likes to weigh in his authoritative two cents is nutrition coach Max Lugavere. Lugavere is always one to listen to both sides. But ultimately he always comes to his own, research-based conclusions.

His latest Instagram post concerns plant-based meat, specifically, with him referencing a study that recently found it isn’t nutritionally equivalent to real meat. While many of you may immediately think, “No shit”, there are many who will be surprised by this, given the claims made in documentaries like The Game Changers.

The study Lugavere references found “beef samples [of meat] contained 22 metabolites that the plant substitute did not, while the plant-based meat contained 31 metabolite not found in real meat.”

“The scientists found that several metabolites known to be important to human health – such as creatine, spermine, answering and the omega-3 fatty acid DHA – were found ‘either exclusively or in greater quantities’ in beef.”

Many claim plant-based meat is just as protein-rich, for example. This may well be the case, and plant-based meat can be a good source of protein, but that isn’t all it contains. Plant-based meats don’t have the other natural nutrients found in animal-based meat, like creatine or B12, for instance.

“Nutritional wokeism is pervasive”, says Lugavere. “It echos unhelpful strategies like ‘eat everything in moderation’, ‘portion control’, ‘calories are all that matter’, ‘eat less, move more’, and my favourite, ‘food is food’.”

“It also guilt-trips us away from animal products, using broad and scary language and health and the environment.”

Going on to claim there are “good and bad production methods for the environment; meat-containing meals that are promotive of health and those that aren’t”, he summarises by saying:

“The reality is animal products are incredibly nutrient dense and satiating and should not be under appreciated.”

So, while Lugavere doesn’t say you shouldn’t eat meat – if you want to stick to a plant-based diet, that’s totally fine – he just reminds us that if we want our bodies to receive the best possible quality and quantity of essential nutrients, animal-based meat once again comes out on top.

It’s also worth remembering individual studies don’t provide hard and fast evidence on anything – they just comprise part of the academic landscape, edging us towards better-informed conclusions. And you can always supplement a vegan diet with creatine and B12 supplements. The important thing here is to remember you can’t substitute fake meat for real meat like for like. Not that you should never eat fake meat.

Likewise – as this clash between The Game Changers’ James Wilks (a vegan activist) and paleo diet advocate Chris Kresser on the Joe Rogan podcast shows (where Kresser is forced to eat some humble pie), the vegans aren’t the only ones guilty of misrepresenting the other side.