Is there Life on Mars? 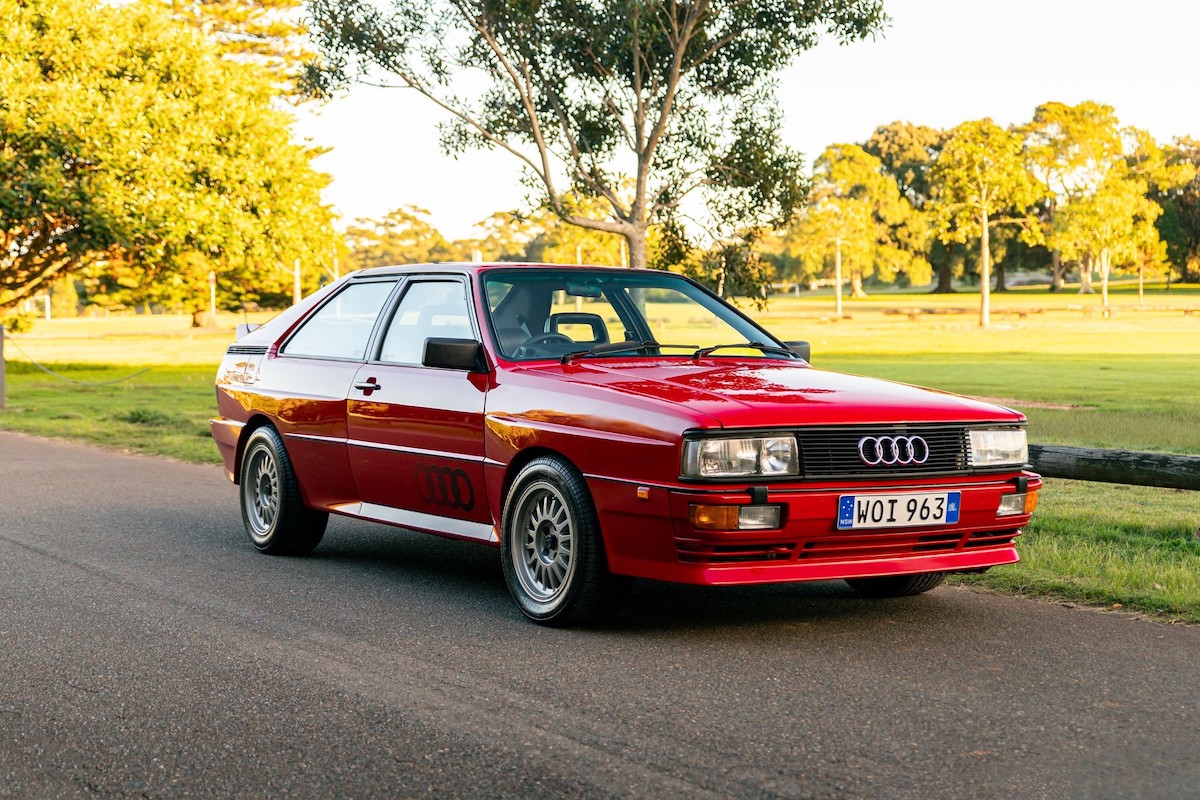 The World Rally Championship might not enjoy the same status and popularity as Formula One these days, but it’s certainly responsible for inspiring the creation of some of the coolest cars of all time.

Lancia Delta HF Integrale. Subaru Impreza WRX STi. Mitsubishi Lancer Evo. Ford Escort RS Cosworth. Renault 5 Turbo. Toyota Celica GT-Four. These cars are all legends both on and off the track, and remain some of the most desirable cars money can buy.

But the coolest – and perhaps most influential – road-going rally car ever made is the original Audi Quattro. Also known as the Audi Coupé Quattro or the Ur-Quattro, the boxy all-wheel-drive speedster is a dream car for many. But they were sadly never sold in Australia, making them rather hard to come by.

Naturally, this makes this close to mint condition 1985 example, set to go under the hammer with Collecting Cars in Sydney, a truly exciting prospect. 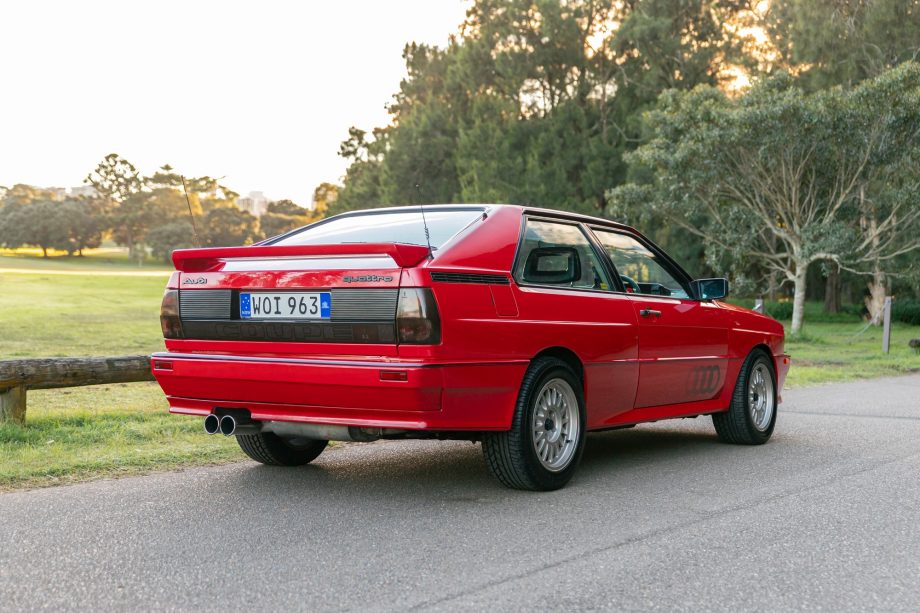 The Ur-Quattro’s unique mix of boxy coupe styling with a high ride height makes it quite unlike any other vehicle on the road. Image: @orange_keith for Collecting Cars

It’s hard to overstate how legendary the Ur-Quattro is. Not only was it Audi’s first-ever all-wheel-drive vehicle, but it was also the first all-wheel-drive rally car – it completely changed the game.

Produced from 1980 to 1991, the Ur-Quattro was powered by a turbocharged inline-five making between 147 and 162kW, depending on the model years (later years received a slightly higher displacement, DOHC engine). As the name implies, the real special sauce was its Quattro generation I permanent all-wheel-drive system, which has since birthed a whole line of Audi all-wheel-drive systems models.

Other revolutionary features of the Ur-Quattro included independent front and rear suspension (highly unusual at the time) as well as an exceptionally 80s LCD instrument cluster for the 1983 model year.

To this day, the Ur-Quattro remains one of the most successful rally cars of all time, responsible for 23 WRC victories between 1981 and 1985, including the first-ever WRC win by a woman: Michèle Mouton at the 1981 San Remo Rally. In short, it’s a bloody icon. 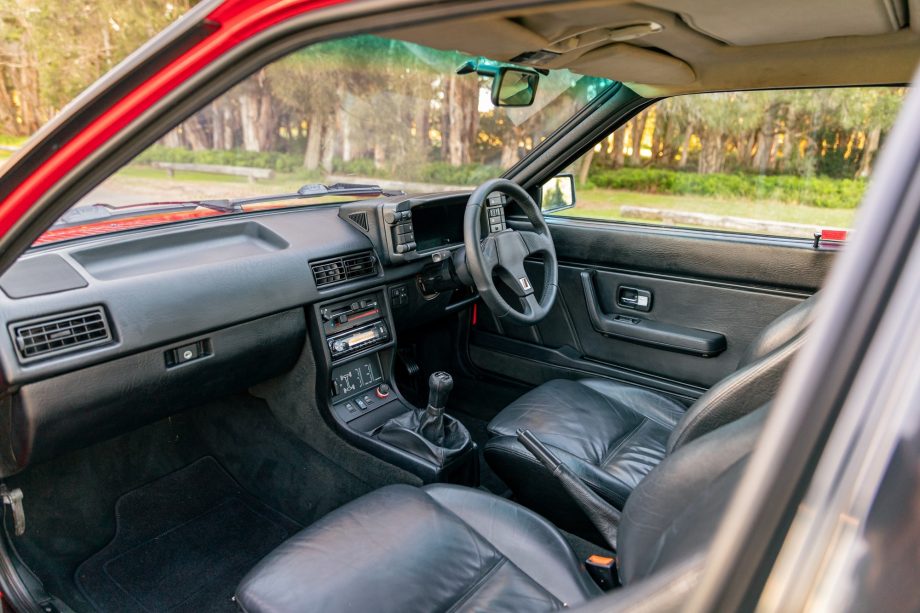 How amazing is this interior! There’s currently an aftermarket head unit installed, but the sale will include the original Blaupunkt unit. Image: @orange_keith for Collecting Cars

This 1985 model is in stellar condition, with only 118,000 miles on the clock, no known bodywork damage and only minor wear and tear. Notably, it comes with a full set of Australian import documents, a comprehensive service history, tax discs and MOT from its life in the United Kingdom, as well as the original tool kit.

Something else that makes this Ur-Quattro particularly special is its ‘Tornado Red’ duco. A Tornado Red Ur-Quattro was famously the vehicle of choice of DCI Gene Hunt in the award-winning British crime drama Ashes to Ashes, the sequel series to Life on Mars.

As Collecting Cars relates, “this 1985 Audi Ur-Quattro has been well preserved and is a standout example of the iconic performance car. It is in fine mechanical order, with its owner praising its effortless ability to mix with modern traffic, and is ready to be enjoyed by another enthusiast.” 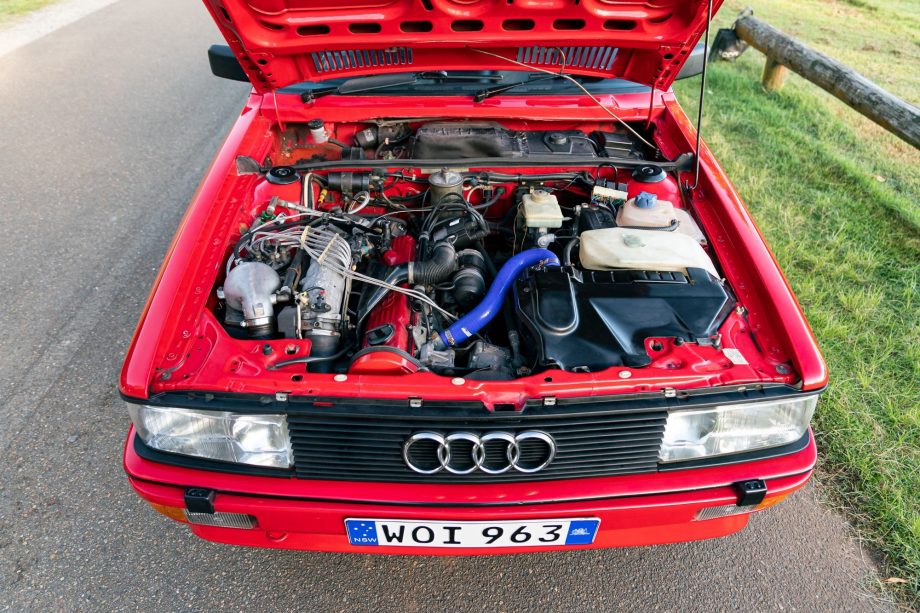 Under the bonnet lies a 2.1L turbocharged inline-five. These sound amazing, and drive even better. Image: @orange_keith for Collecting Cars

These cars are exceptionally rare, especially in right-hand drive and in this condition. Honestly, we can’t think of a better lockdown investment.

There are currently two days left on the auction, with the current bid sitting at $65,000 with no reserve. All things considered, that’s a steal – although we don’t want to start a bidding war. We haven’t placed our bid yet, you see.

If you want to be the next owner of this truly pristine 80s icon, head on over to Collecting Cars quick-smart and get your Vorsprung durch Technik going.