Raising the steaks in the EV game. 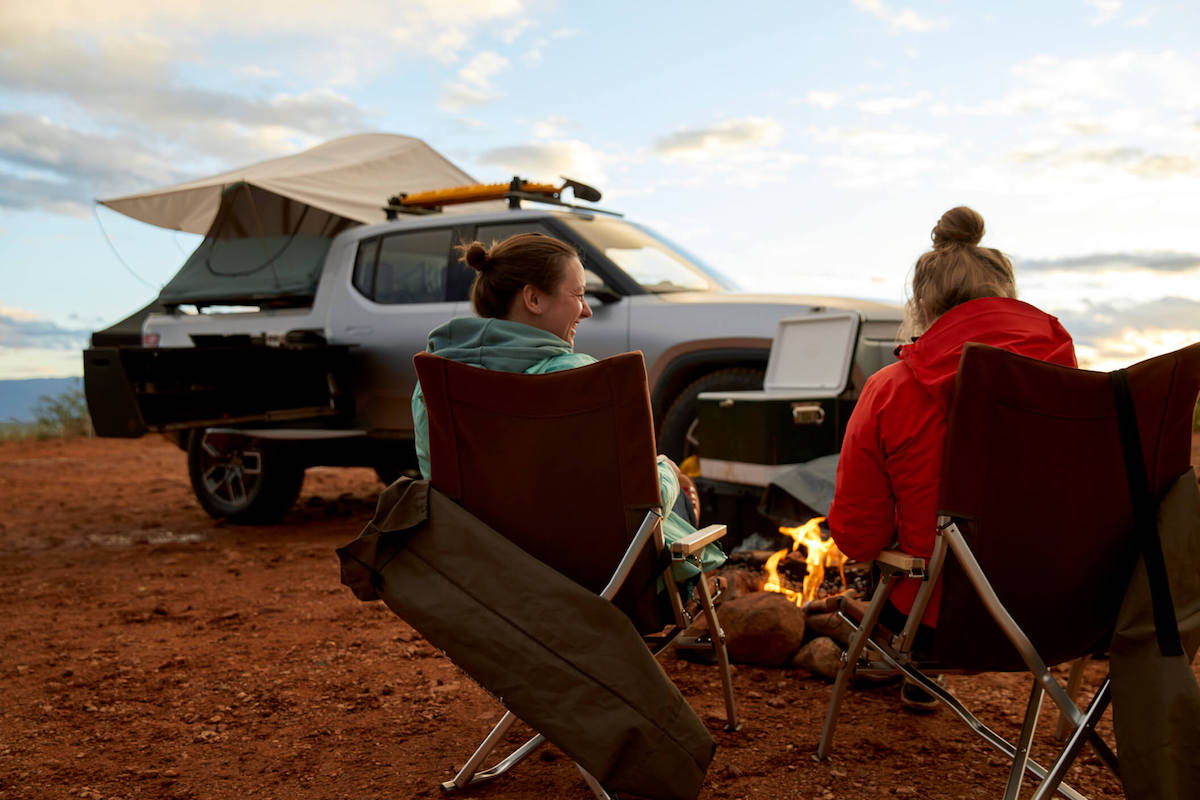 With electric cars becoming more and more mainstream, it seems the next frontier when it comes to electrification is electric trucks and off-roaders.

Predictably, there’s a huge degree of anticipation for Tesla’s forthcoming Cybertruck. General Motors is reviving the Hummer brand as a 4×4 EV, much to the automotive community’s surprise. Ford just revealed the F-150 Lightning to much fanfare. Even Jeep is electrifying some of its models…

Rivian is another major player in this space. Founded in 2009 by Robert “RJ” Scaringe, who graduated from the Massachusetts Institute of Technology with a doctorate in mechanical engineering, Rivian is focused almost exclusively on making rugged 4×4 EVs designed for camping and other adventures.

Their R1T pickup is perhaps their most exciting vehicle. With over 482kms of range, 35cm of ground clearance and a 0-100km/h time of under 3 seconds (depending on your tyre choice), the R1T is exciting, with hundreds of buyers already having put deposits down for the forthcoming beast.

But the really exciting thing about the R1T is its practicality – especially where camping is concerned. The ute boasts a huge ‘gear tunnel’ under the rear seats which can store a number of different modules, including a ‘Camp Kitchen’ module that looks to be a game-changer.

Scaringe took to social media last week to show off this new module alongside Rivian lead engineer Rachael Jewkes. If you’re anything like us, this is absolutely jaw-dropping, and would get even the most outdoor-hating curmudgeon to reconsider their stance on camping.

It’s truly a masterstroke. No need to carry around gas canisters, firewood or a generator; easy clean-up, extra space for gear… The Camp Kitchen module also comes with a 30-piece Snow Peak kitchen set, which is pretty bougie – you could truly whip up a feast. Filet mignon in Yellowstone, anyone?

What’s really exciting is the possibility of other modules being offered for the R1T.

“Would love to see a water sport module for rinsing and storing wetsuits and dive/surf gear,” one fan commented on Scaringe’s Instagram, which is actually a brilliant idea.

In any case, it’s a really novel use of space as well as an EV’s battery capacity. It just goes to show how versatile modern EVs are becoming – and a powerful retort to brodozer-driving dinosaurs who reckon EVs aren’t practical for off-roading. It’s also seriously put the Cybertruck on notice…

This configuration of the R1T is available now for pre-order with prices starting at US$73,000 and deliveries beginning January 2022. Sadly, it’s only available in North American right now… Hopefully Rivian offer a RHD version in the future.