It’s unfair being this perfect. 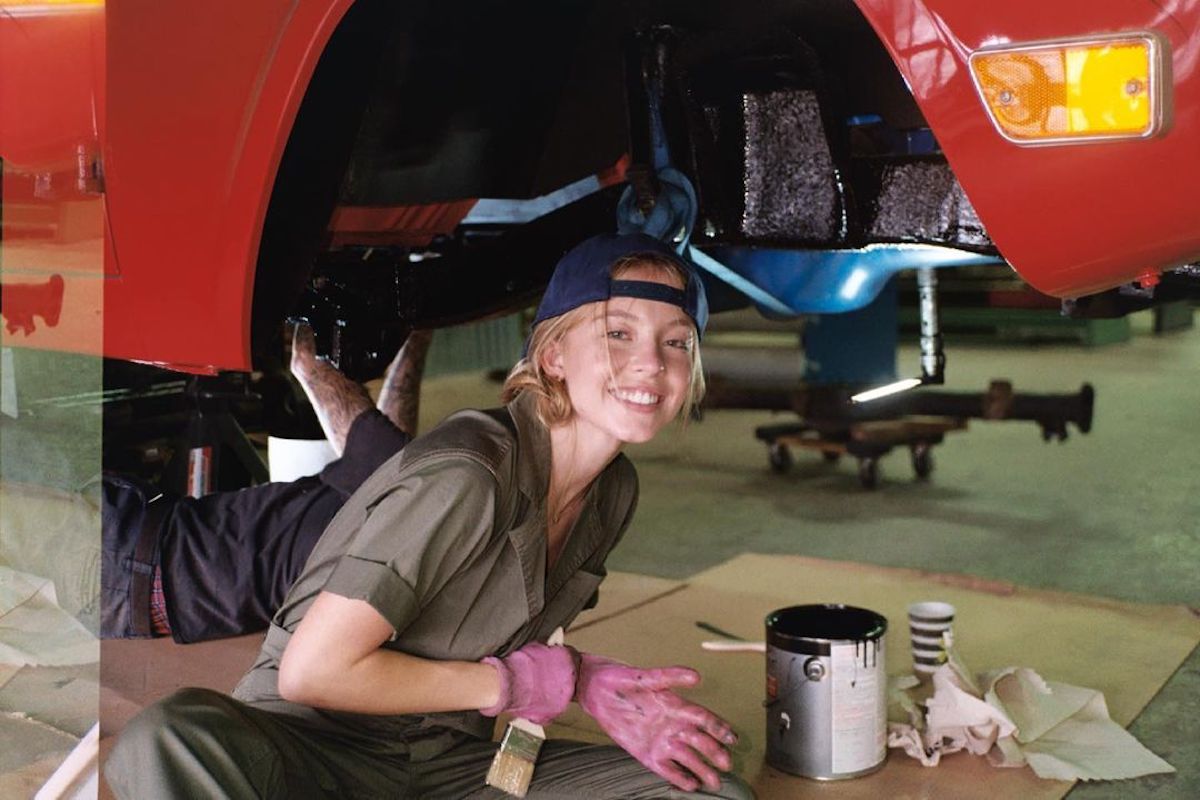 Normally, we’d consider fawning over female celebrities and holding them up as some sort of ‘dream girl’ cringey, ungentlemanly behaviour. But when it comes to Sydney Sweeney, well, who are we to argue with The Internet?

The 23-year-old actress and producer, known for her roles in Euphoria, The Handmaid’s Tale and Once Upon a Time in Hollywood isn’t just dreamy, but incredibly talented. She’s studying entrepreneurship at UCLA. She’s a trained MMA fighter. She’s even a stunt driver.

Earlier this year, Sweeney started a TikTok account called @syds_garage in order to catalogue her experiences restoring and modifying a 1969 Ford Bronco. Where most celebrities go out and buy fancy cars, she’s doing it herself – mad respect.

While the account is not new, most of Sweeney’s followers would have been unaware of it until yesterday, when she posted an image to Instagram showing what she had been getting up to on her (much lesser known) car restoration TikTok account.

While she seems to have her own private mechanic on hand for some of the more fiddly stuff – and has apparently penned some sort of promotional deal with US car classifieds Autotrader – it’s clear that she’s a genuine revhead.

It’s real car tragic behaviour to start a separate social media account for your project build… And the fact she’s not posting this stuff on main shows she’s not just doing this for attention. Besides, it’s everyone’s dream to get their build sponsored. She just made it happen.

RELATED: I Bought The Cheapest American Car In The Country… & It Was A Complete Disaster

She clearly has a thing for old Fords. This is the second original Bronco she owns, having bought a baby blue example for her 23rd birthday last year. She also shared her most recent automotive purchase on TikTok, too: an original Mustang she’s named ‘Britney’.

Men around the globe have long wondered what it takes to get Sydney Sweeney’s attention. Forget simping on Twitter; maybe the real answer is to go out and buy a Lincoln Continental Mark V and show off your skills with a spanner.

Speaking of car restorations, read more about how one enterprising British firm is resurrecting the classic Land Rover Defender – although it’s not who you might expect.