A sorry state of affairs. 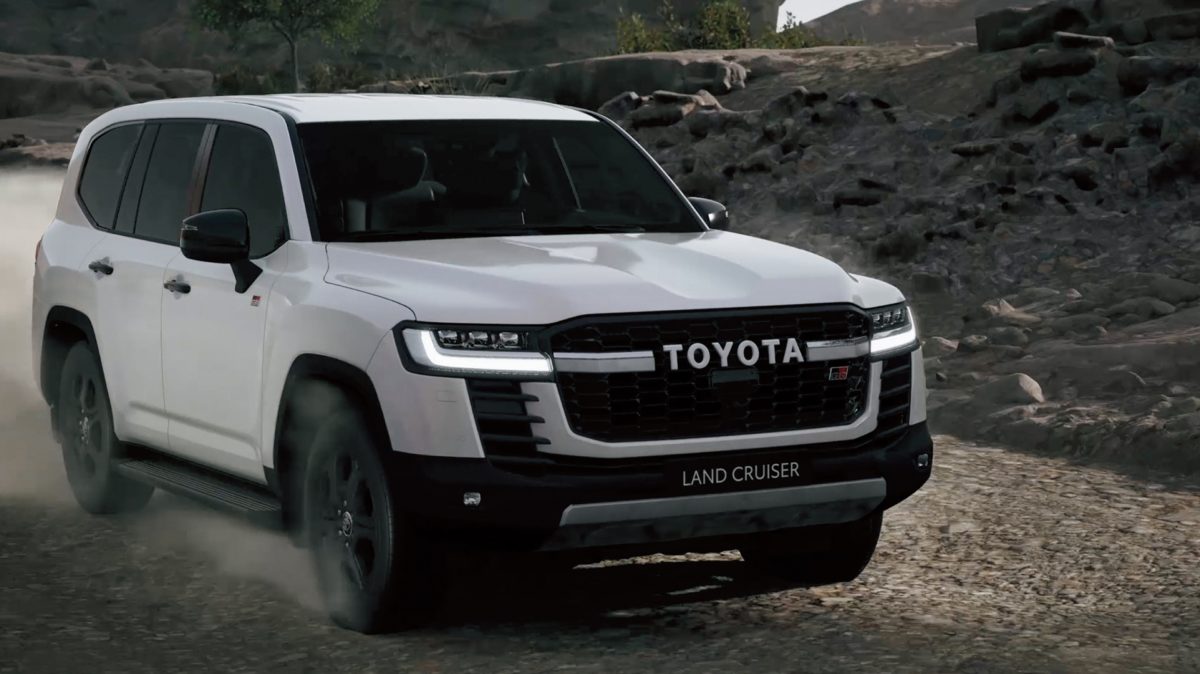 The Toyota Land Cruiser might be a Japanese vehicle but it’s so beloved Down Under it may as well be Australian.

Since the first Land Cruisers were imported in 1959 for the landmark Snowy Mountains Scheme, the tough-as-nails 4×4 has been one of the most popular vehicles on the Australian market, particularly for rural drivers. Just as the Toyota Corolla – the world’s best-selling car – is the final word in commuter cars, the Land Cruiser’s legendary durability and off-road capability make it a no-brainer for heavy-duty driving.

Indeed, Australia is the biggest market globally for Land Cruisers, and Toyota has long tested the vehicle in the Australian outback, widely considered one of the most challenging environments for a car to tackle.

Unlike most other vehicles, the Land Cruiser range is split into comfort-oriented and off-road-oriented models (you’ve also got offshoots like the Land Cruiser Prado, but let’s not complicate things further). The current generation of both variants offered in Australia have both been in production for a seriously long time – the comfort-oriented J200 since 2007 and the off-road-oriented since 1984 (that’s 37 years!)

Needless to say, with production runs as long as those, the recent unveiling of a new comfort-oriented model – the J300 – has been seriously big news. But there’s one element of the release that’s been completely overshadowed, and one that might have serious implications for Australian buyers. 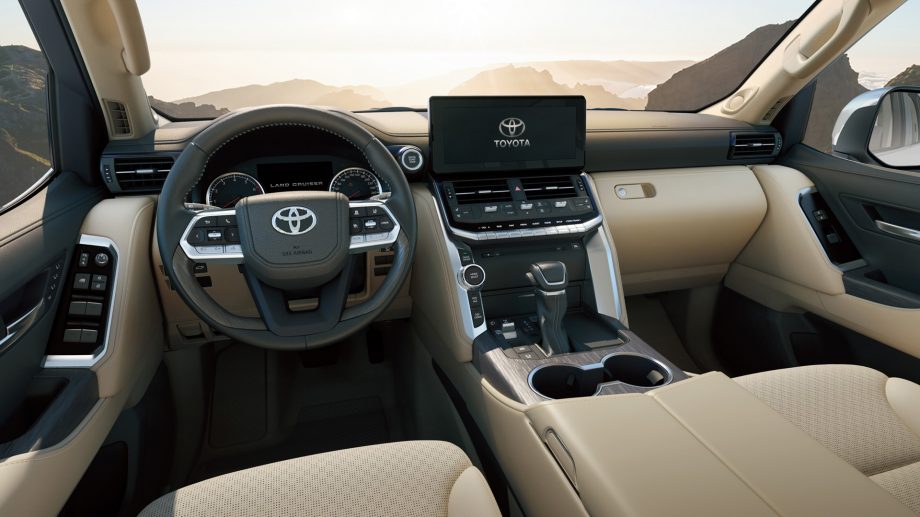 Toyota in Japan is forcing customers to sign a contract which states that they will not export or resell the new Land Cruiser and that Toyota may suspend future transactions with them if they’re caught doing so, CarsGuide relates.

It seems as if Toyota’s main motivation for introducing this strict agreement is to stop Land Cruisers from being sold to – there’s no easy way of saying this – terrorists.

The reality is that Toyota vehicles, like the Hilux and Land Cruiser, have had a nasty habit of turning up in warzones as the vehicle of choice for bad actors for years now. Indeed, the last phase of the Chadian–Libyan conflict in 1987 is officially known as the Toyota War – which should give you some indication of how widespread and enduring this problem is.

Naturally, Toyota wants to do everything it can to prevent its products from ending up in warzones illegally. It’s hardly good marketing to see one of your utes driving around with an ISIS emblem on the side… But there’s another potential upside to this strict ‘blood pact’ that might be just what the Australian car market needs. 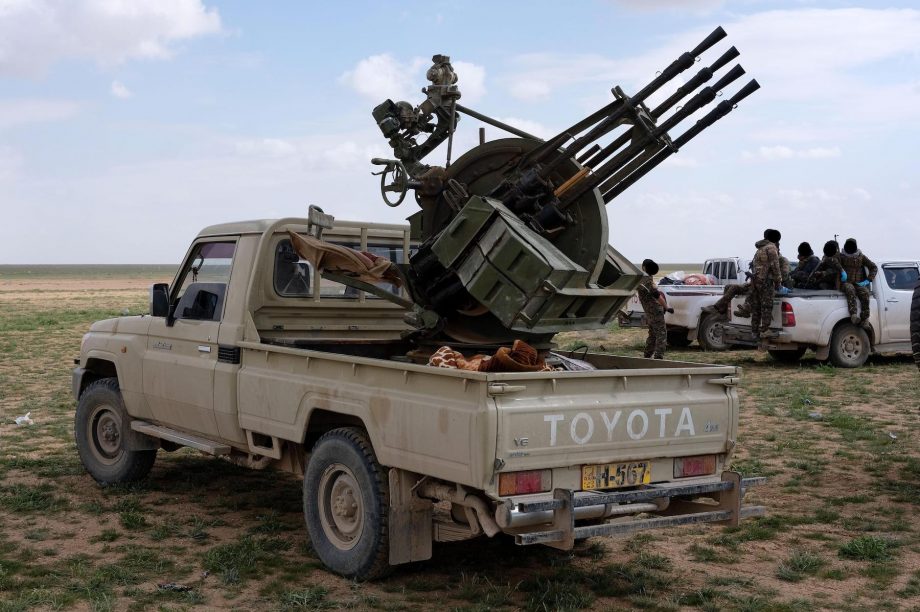 A J70 Land Cruiser technical with a Soviet ZPU-4 anti-aircraft gun mounted on the back in Syria. Imagine the leaf springs bouncing every time you fired that… You can also see some Hiluxes in the background. Image: Reddit

The last eighteen months have seen the Australian car market go absolutely bonkers. Prices of second-hand cars have risen dramatically thanks to – you guessed it – COVID. Not only has the pandemic has made the prospect of public transport far less palatable for many, but social distancing has also inspired many people to buy vehicles in order to give themselves something to do. Working on a project car is a COVID-safe hobby…

The disruption to global trade and manufacturing it’s wrought has also seen fewer new cars rolling off production lines and fewer ships bringing cars to our shores, driving aftermarket prices right up. With a global computer chip shortage complicating things, this will likely be the case for a long time to come.

Australians have been taking advantage of this market to ‘flip’ new cars and make a tidy profit. Naturally, Land Cruisers have become a popular target of flippers, as have other popular 4x4s like the Suzuki Jimny. So have Japanese buyers, hence why Toyota’s introducing this strict buyer’s contract over there.

If Toyota introduces a similar blood pact policy in Australia – that is, force Australian customers to sign a contract agreeing they won’t resell their vehicle straight away – it could do much to take the heat out of the current market, and make it easier for people who really need a car to get their hands on one without breaking the bank.

Still, it’s an indictment of the current state of things that Toyota would feel the need to introduce something like this, both from an economic and humanitarian perspective. 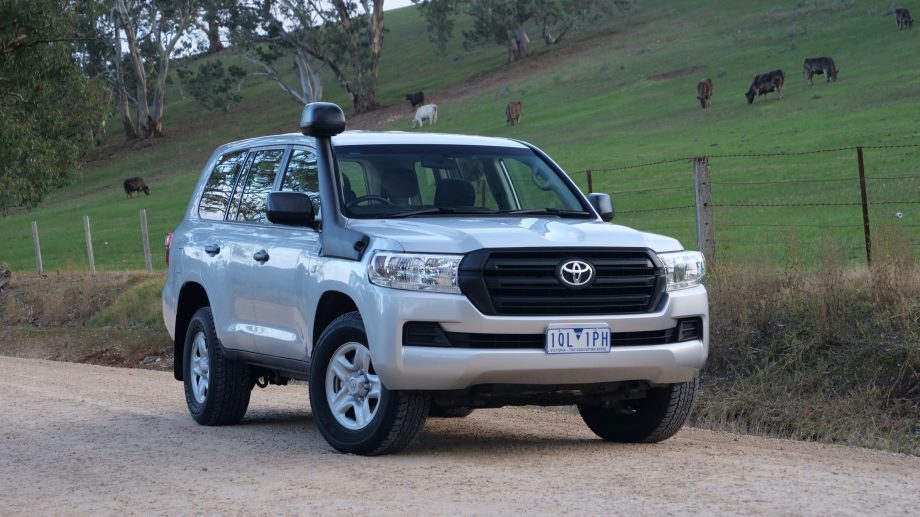 Of course, the other reason that Land Cruiser prices in particular have become so overheated is because the new J300, rather controversially, isn’t being offered with a V8 – which is what most media attention surrounding the J300 has been focused on.

This news has inspired revheads around the country to buy up J70s and J200s, as they’re keen to get their hands on a V8 before they’re gone for good.

In lieu of a V8 option, the new J300 Land Cruiser will be offered with three different V6 engines:  a 3.4L petrol twin-turbo, a 3.3L diesel twin-turbo, and a 4.0L naturally aspirated petrol carried over from the previous model. In the J300 those engines will produce 305, 220 and 200 kW respectively.