Arnold Schwarzenegger would love this. 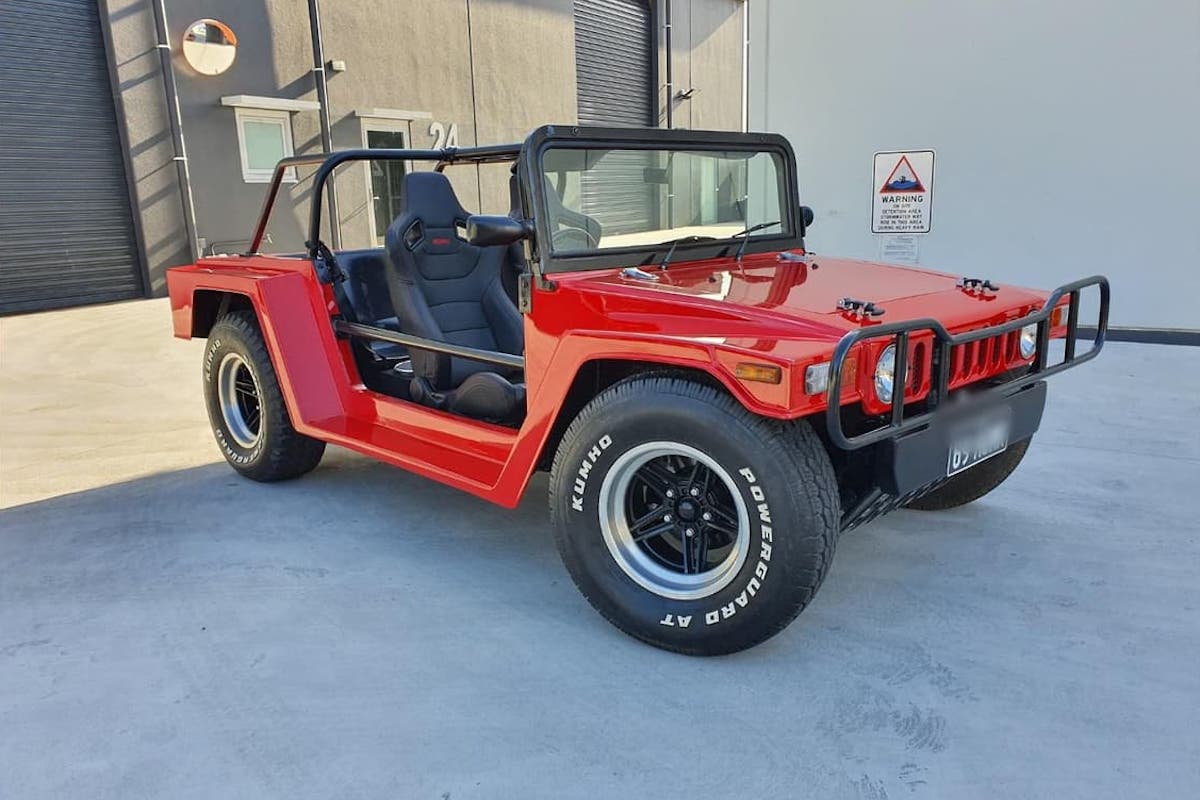 There are two types of men in this world: those who think Hummers are cool, and liars.

The hefty American 4×4, a barely modified civilian version of the M998 HMMWV military vehicle (better known as the ‘Humvee’) is like no other car on the road. Huge, brutish, incredibly fuel-thirsty yet tough as nails and capable of conquering terrain like no other off-roader on the market, the original Hummer H1 was and still is an awesome car.

The later Hummer H2 and H3s, which are basically just fancied-up SUVs, aren’t cool. They’re not real Hummers, really. But that’s another story.

The problem with Hummers, though, is that they’re totally impractical for day-to-day or even occasional driving. People buy them for their looks, but those looks come at a cost. Thankfully, one enterprising New South Welshman has come up with a solution.

If you’re going to drive a ‘fake’ Hummer, you may as well go all the way… Meet the ‘world’s smallest Hummer‘: a way to enjoy all the outrageous Californian, Arnold Schwarzenegger-esque fun of a Hummer whilst still being able to park in normal car spots and without spending a Hollywood-sized figure on fuel. 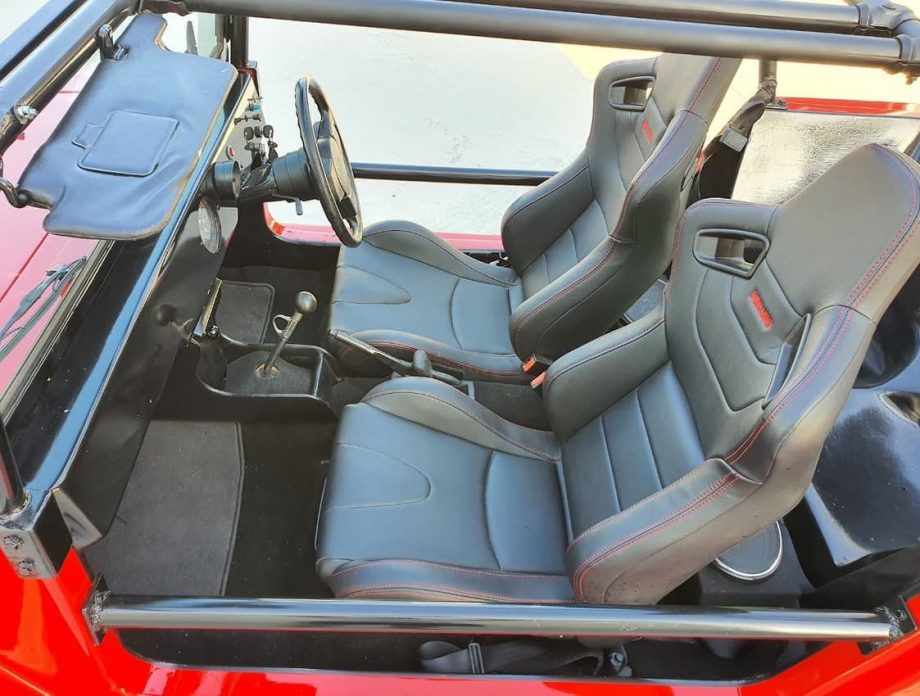 Neat and tidy. The steering wheel is similar to those found in 70s Porsches. Image: Carsales

As you might have guessed, this isn’t really a Hummer. It’s actually a 1969 Volkswagen Super Beetle with a one-of-a-kind custom bodyshell to fit over the classic car’s frame. As the Sydney-based seller relates, “this is not your ordinary beach buggy”:

“Pretty much everything is custom to suit, including the wheels, engine cover and roll cage. The engine is a newly built 1600cc VW engine. Obviously, the body is fibreglass and the frame was fully rust proofed and painted. The paint is brand new in Holden ‘Sting Red’ and front seats are Recaro.”

“[It] has a new, hidden sound system Including a boxed 6×9 and Sony head unit and amp. Most importantly, the car is fully engineered and has full NSW rego and can be registered anywhere in Australia.”

“Goes without saying, this car literally stops traffic everywhere it goes, would be a great weekender [or] even a business promo vehicle.” 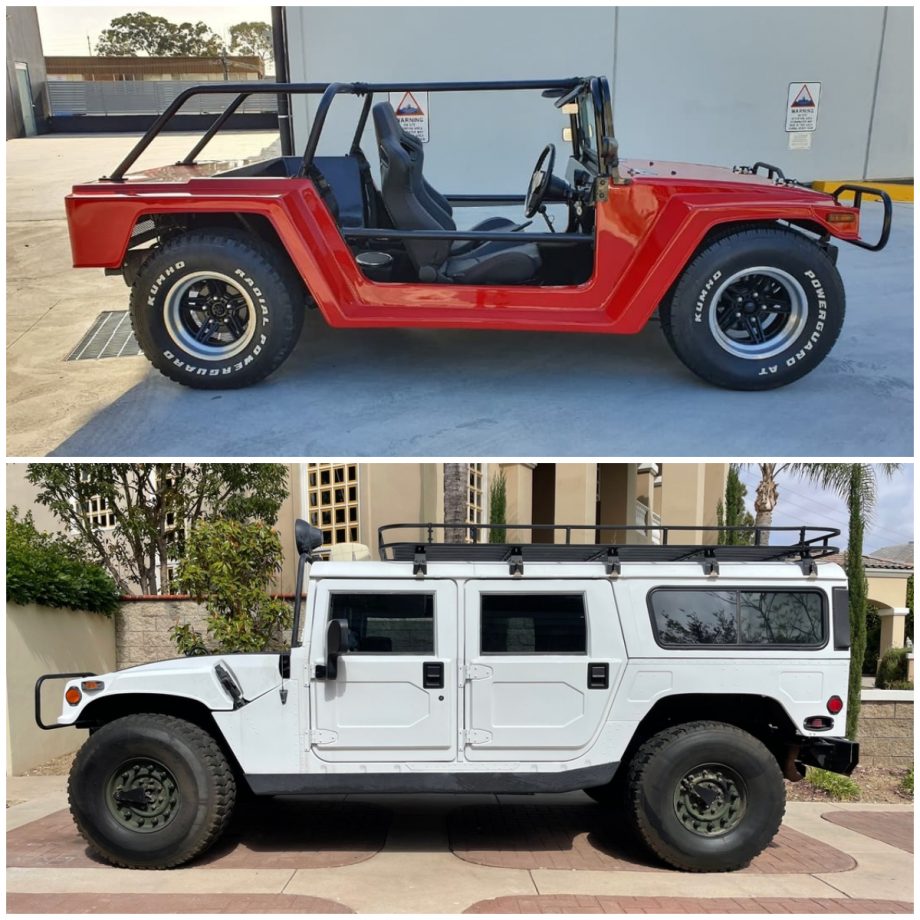 The quality of the customisation is truly impressive, and if you didn’t know any better, you could easily fool people into thinking it was a real Hummer. They’ve even added fake mounting points on the bonnet that resemble the Hummer’s cargo tie-downs.

And, because it’s just a Beetle underneath, it will sip fuel, drive nicely, and parts/maintenance will be a doddle. Far easier than trying to work on a real Hummer with its portal gear lifts, inboard brakes and mammoth weight.

You’re unlikely to daily drive a Hummer anyway – and if you’re looking for a cute summer runabout, this is a far more practical, and dare we say, far more fun alternative. Arnie would approve.

You can find this Hummer buggy on Carsales. They’re asking $33,888, which is far less than even the cheapest real H1. We reckon it’s a killer deal.